In designing a Japanese garden, the natural landscape is observed and then simplified, so that the finished work incorporates only certain essential elements of wild nature. Likewise, in making these tray gardens, I simplify Japanese gardens, creating sculptures that feature only certain elements drawn from those gardens — a stillness or a motion; a sense of time or one of timelessness; a certain color, texture or balance of parts.

The resulting artworks are called bontei (pronounced bohn-tay,盆庭), which means ‘tray garden’ in Japanese. They are made primarily from the simplest of objects, many collected from forests, farms and fields in the countryside near my studio — river pebbles, barn boards, and rusted corrugated steel. Other parts are hand made, such as the wood-fired ceramic elements. 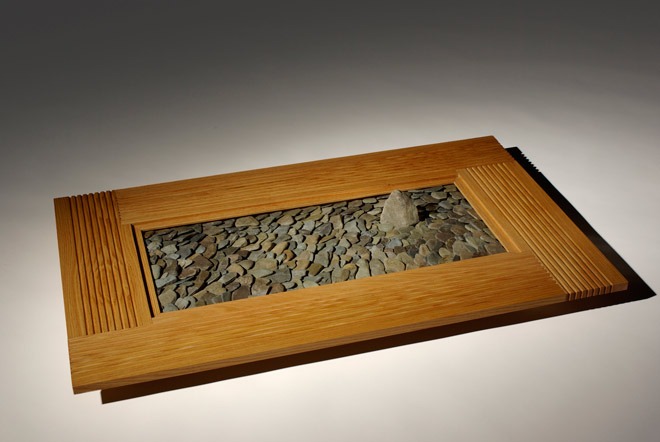 The works often combine the opposing yet mutually interactive aesthetics of shin and sô that were basic to the tea ceremony in its earliest years. Shin describes those things that express a kind of human perfection or control. Sô is for things that are still in their organic or wild state of being. In these bontei, aspects that are naturally rough are intentionally played against those that are precise and refined.

Bontei follow in the ancient tradition of making tray landscapes that exists in Japan and throughout East Asia, a tradition that includes bonsai. And yet bontei are not traditional works, being closer in many ways to abstract sculpture. 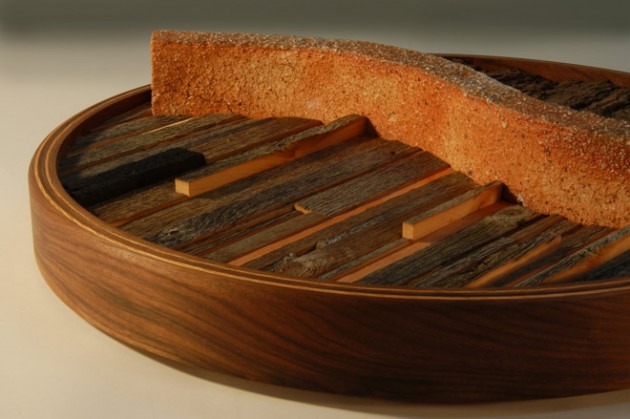