I read a lot. I mean a LOT but I can’t remember when I so thoroughly enjoyed a book as much as this one. The Big Elsewhere is a collection of short articles, essays and observations, which have been grouped together into themes – from cutting wood, to being out in storms and snow, from becoming a grandfather, to experiencing the festivals of rural Japan and the funny but insightful clashes of culture that occur when a “foreigner” encounters traditional Japan. I love the way Robert Brady writes. I’m a Scot living in France and I’ve visited Japan a couple of dozen times over the last ten years or so. Kyoto is one of my most favourite places in the world, and I’ve read and enjoyed many issues of the Kyoto Journal, which is where I read about The Big Elsewhere. The more rural Japan, up in the forest, on the mountainside, overlooking Lake Biwa is completely unknown to me but Bob brings it all vividly to life. I laughed and laughed at “Make my Day” and I was moved to tears by “The Next Gift”. The themes of connection to Nature, of growing vegetables, of children and family, and of living in another culture all resonate strongly with me. I find this book just totally engrossing. It’s worth a slow read and I suspect many re-reads. Buy it. I can’t see how you wouldn’t love it.
—Robert Leckridge 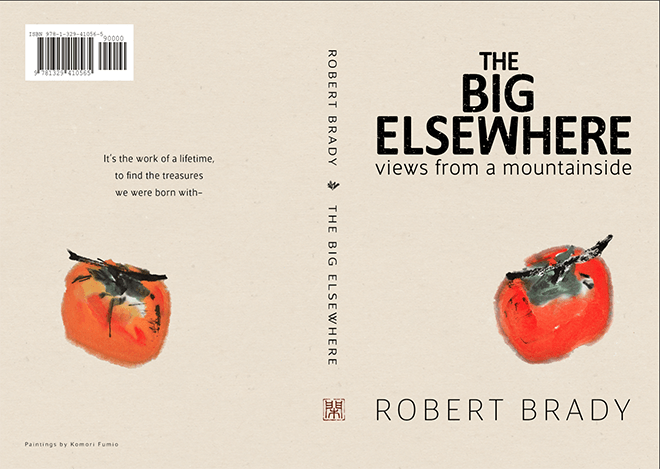 Views from a Mountainside

The Big Elsewhere is a personal journey that is, by turns, droll, poignant, and quite moving. I think it belongs in the Top 50 books ever written about Japan. My advice is to order it right away. –Eric Johnston, The Japan Times

In 1995, Bob Brady moved from urban Kyoto to a mountainside overlooking Japan’s largest lake, seeking closer connection with the heart of the natural world. The Big Elsewhere documents insights, lessons learned, wisdom — both ancient and newly-won — with a zest for observing and reflecting on the finer details of country life, and their place in the bigger picture of evolution, local tradition and the impact of modern times. Woven into this collection of meditations, humor, rambles and even haiku, is the celebration of an elder perspective — enriched by sharing his beloved granddaughters’ fresh perceptions as they too encounter The Big Elsewhere. With illustrations by sumi-e master Komori Fumio.


Freewheeling down the mountain this morning into sunrise I ran into a minisquall from a thick silver band over the lake that the sun had just risen above, and the placid bright blue air was all at once a quick wind filled with fat drops of gold falling molten on the ground. As I rolled over all that wealth I looked to my left and saw that the road was curving into the tourmaline wall of a rainbow arching higher than the mountains; soon all the air around me took on the glow of revelation and I was gliding through an ambience of emerald, ruby and topaz over a long and curving road of solid gold. Some folks think a lot of money makes you rich. 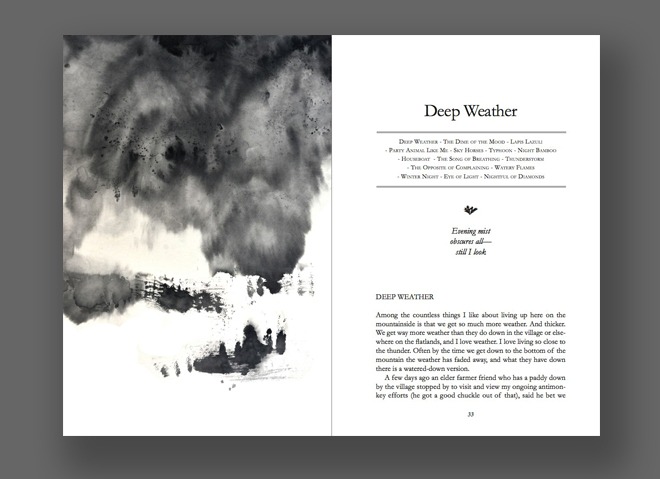 THAT KIND OF SOIL

Yesterday I bought materials and today made a soil screen and began screening out the stones and pebbles from the garden soil, the better to accommodate carrots and gobo (burdock) and the other roots, which aren’t happy with stones in their shoes and poking them in the ribs, who is?

How elegant then is the destoned soil, how concentrated, lovely and organically purposeful, cocoa in its musky richness like the finest growth stuff, nascent food, imminently ready to turn into daikon or onions at the mere snap of a season. 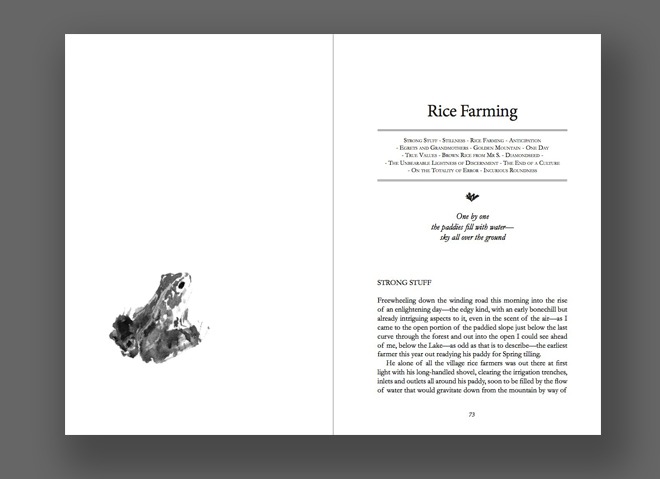