In August 2018, KJ managing editor Ken Rodgers visited Shanxi Province, particularly Datong and Wutai-shan, motivated by having read the 9th century Japanese monk Ennin’s travel journals (Ennin’s Diary: The Record of a Pilgrimage to China in Search of the Law, Edwin O. Reischauer translation) and John Blofeld’s account of his time there in the 1930s (from My Journey in Mystic China, translated by Daniel Reid). These images were selected to complement an online review of Mount Wutai: Visions of a Sacred Buddhist Mountain, by Weng-Shing Chou (Princeton Press, 2018). 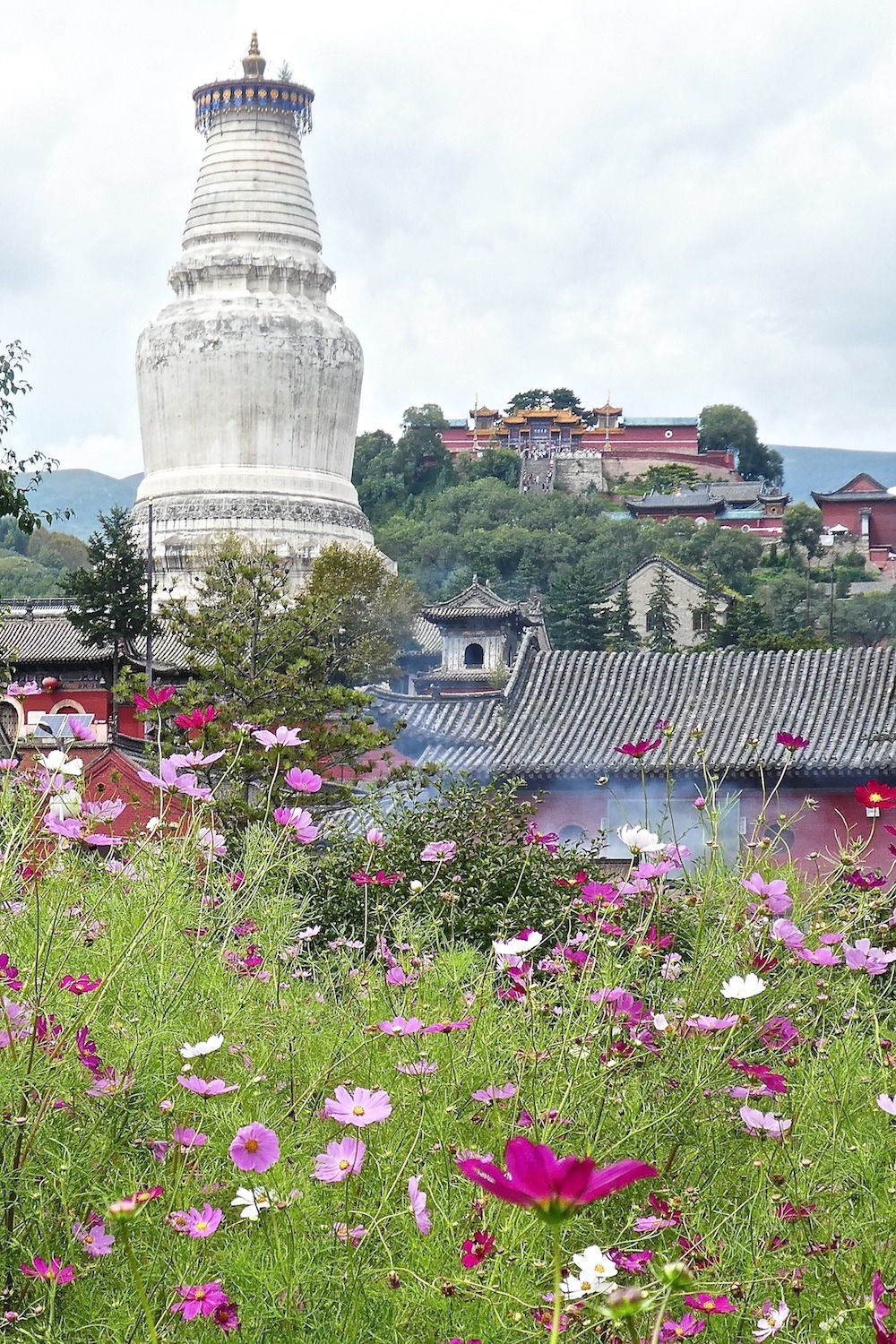 Taiyuan-si’s Great White Pagoda (Nepalese style, dating from 1301), below Pusading (‘Bodhisattva’s Terrace’) in Taihuai, the village at the heart of Wutai-shan. John Blofeld mentions Pusading as his lodging in an excerpt published in KJ92: Devotion) 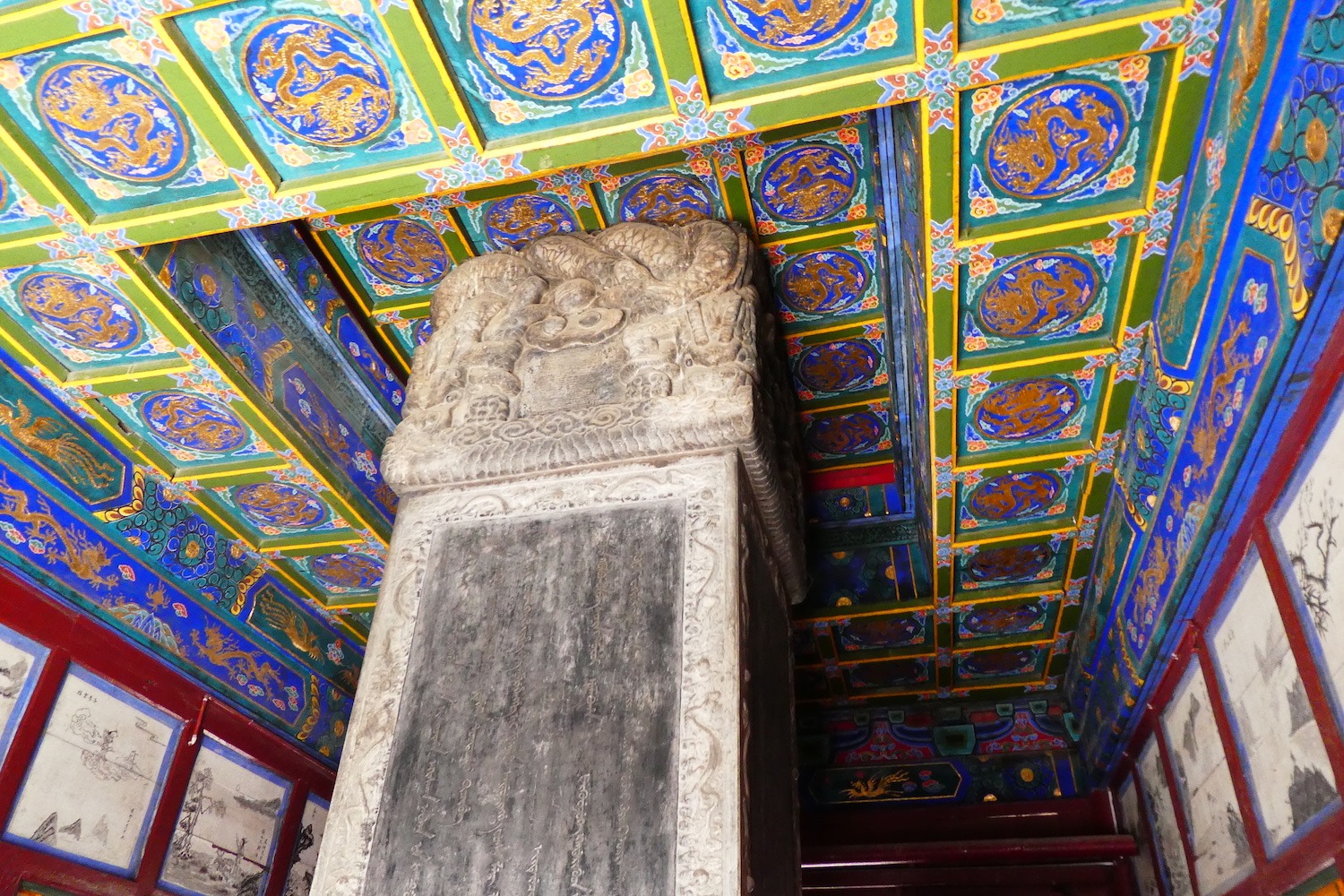 Dragon stele at Pusading, 4.8 meters in height, with inscriptions by the Qianlong emperor in Han, Tibetan, Mongolian and Manchu, from 1792 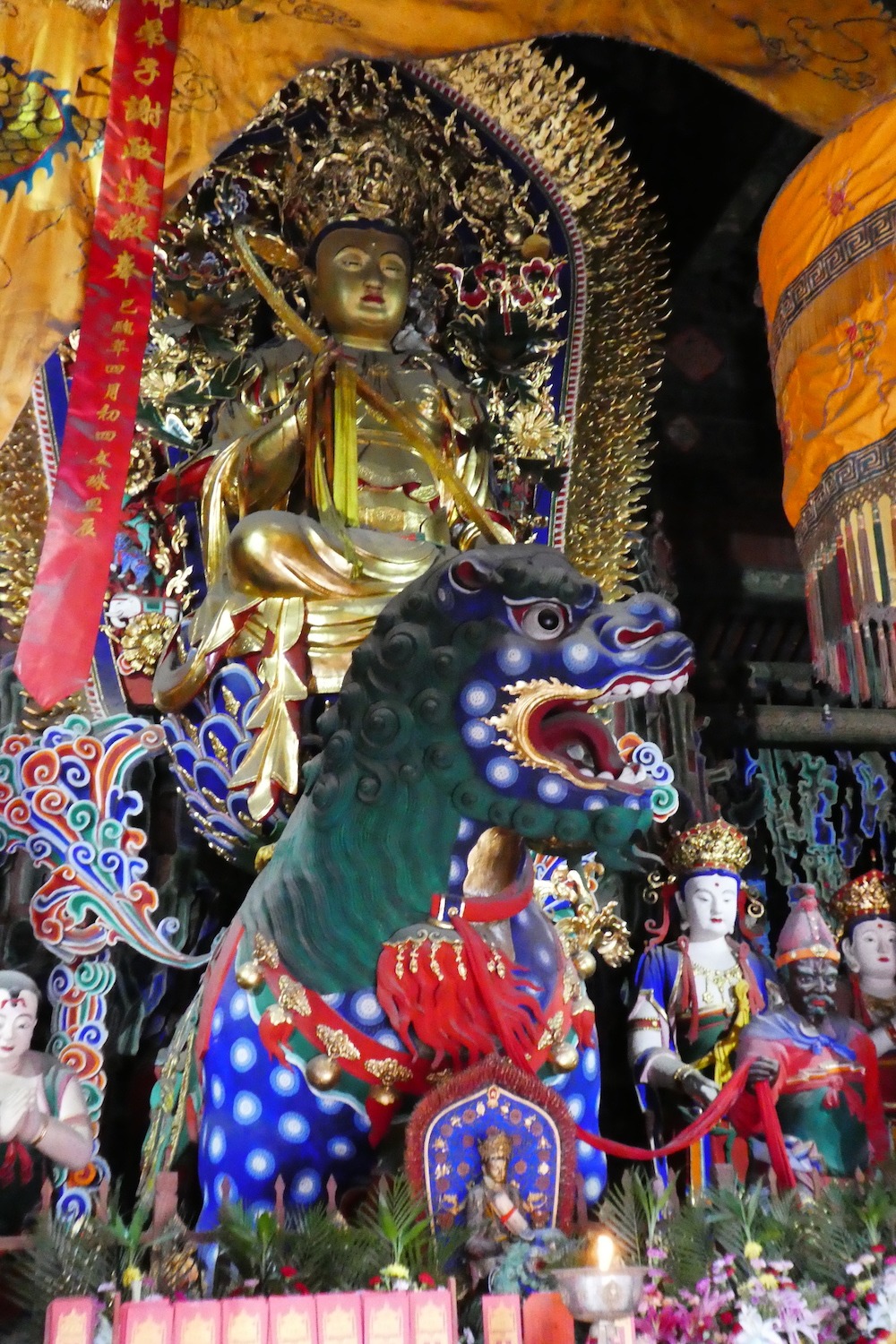 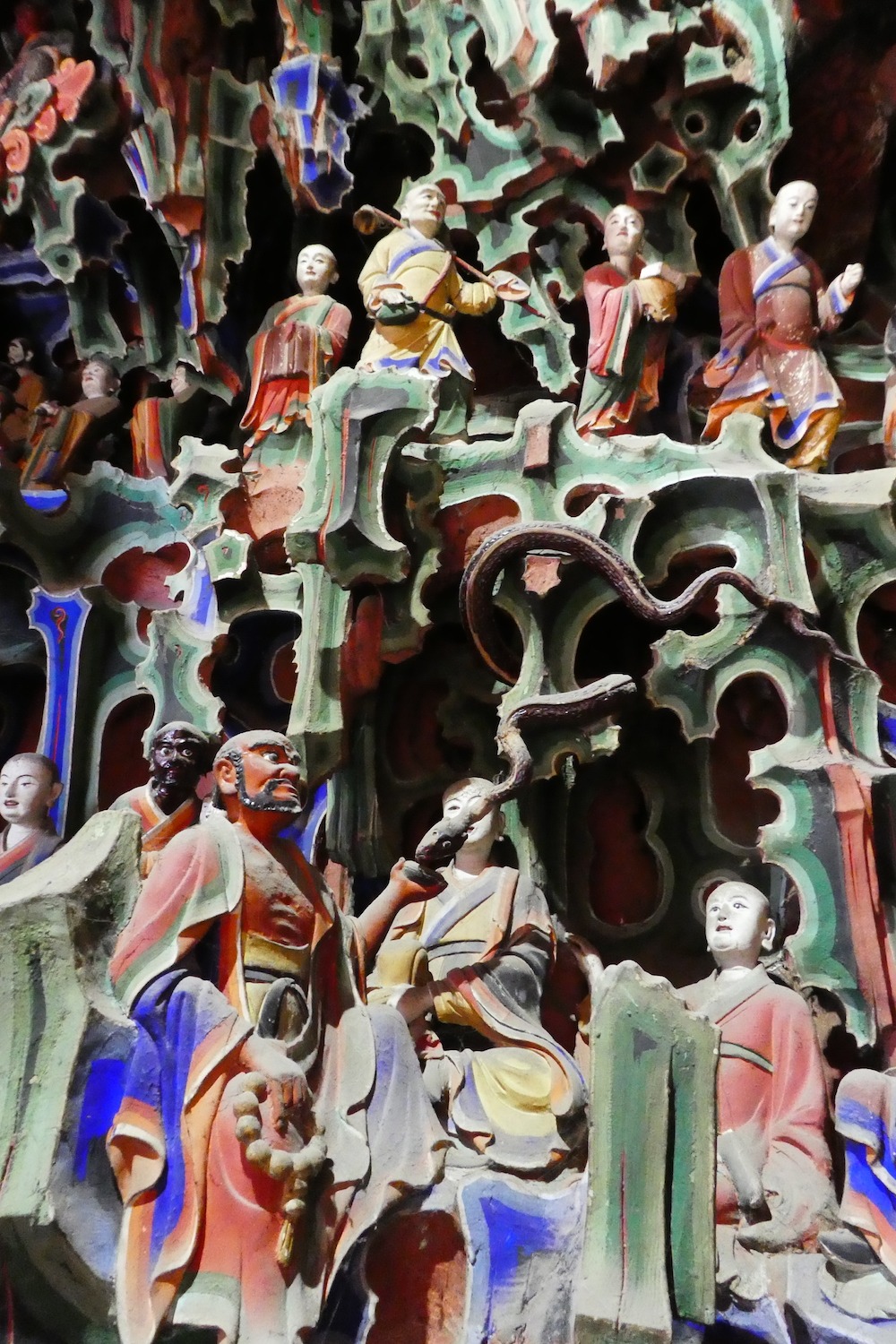 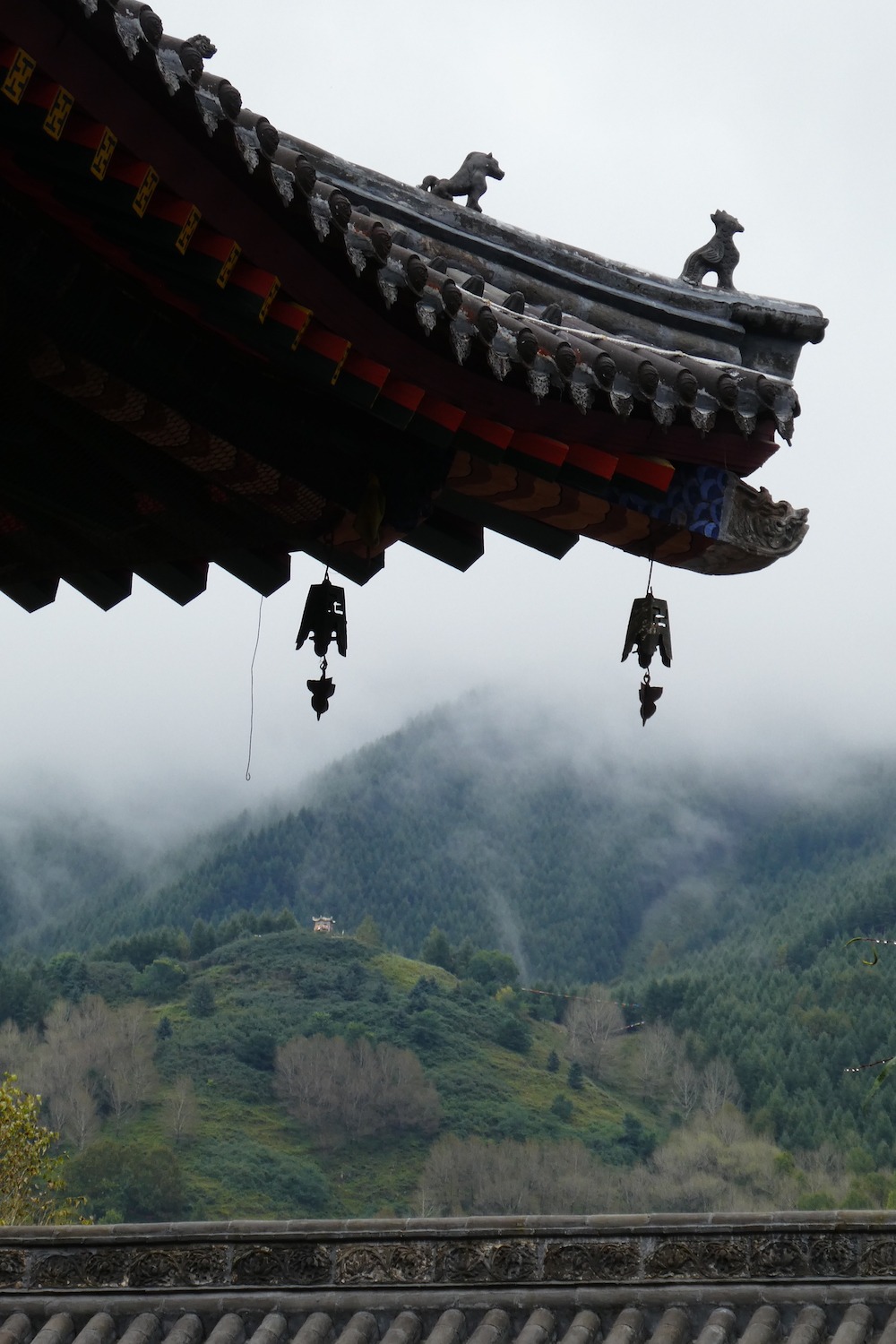 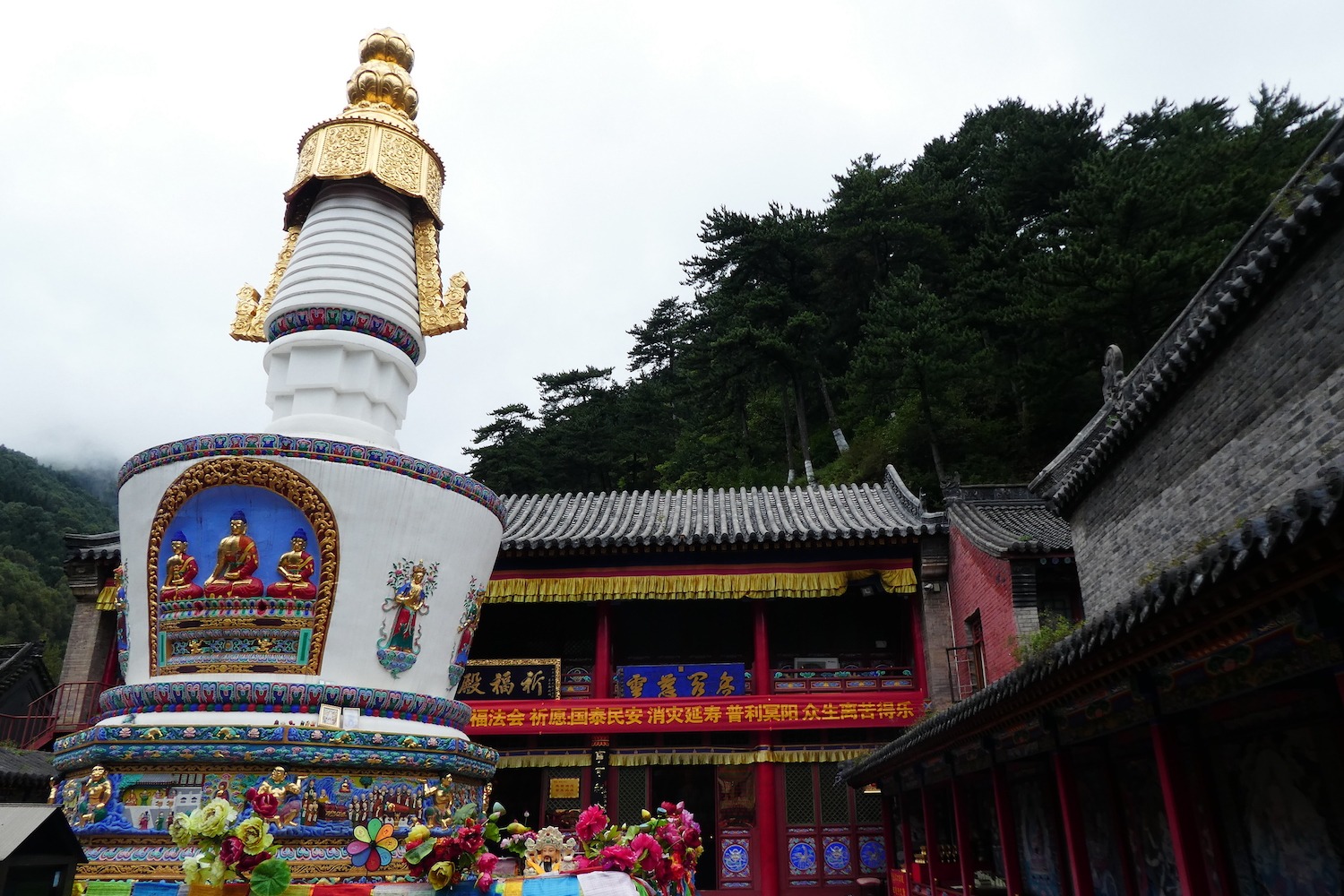 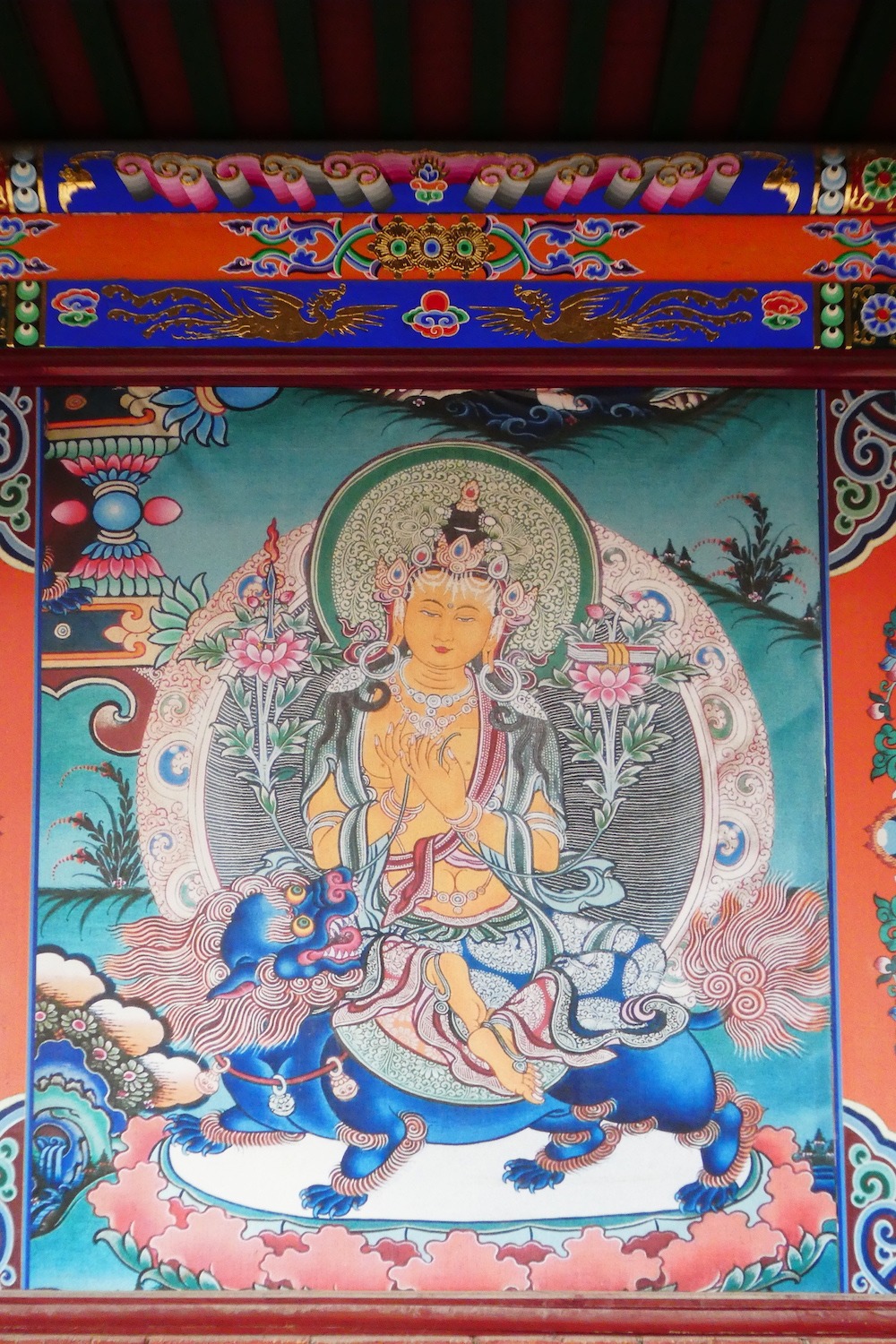 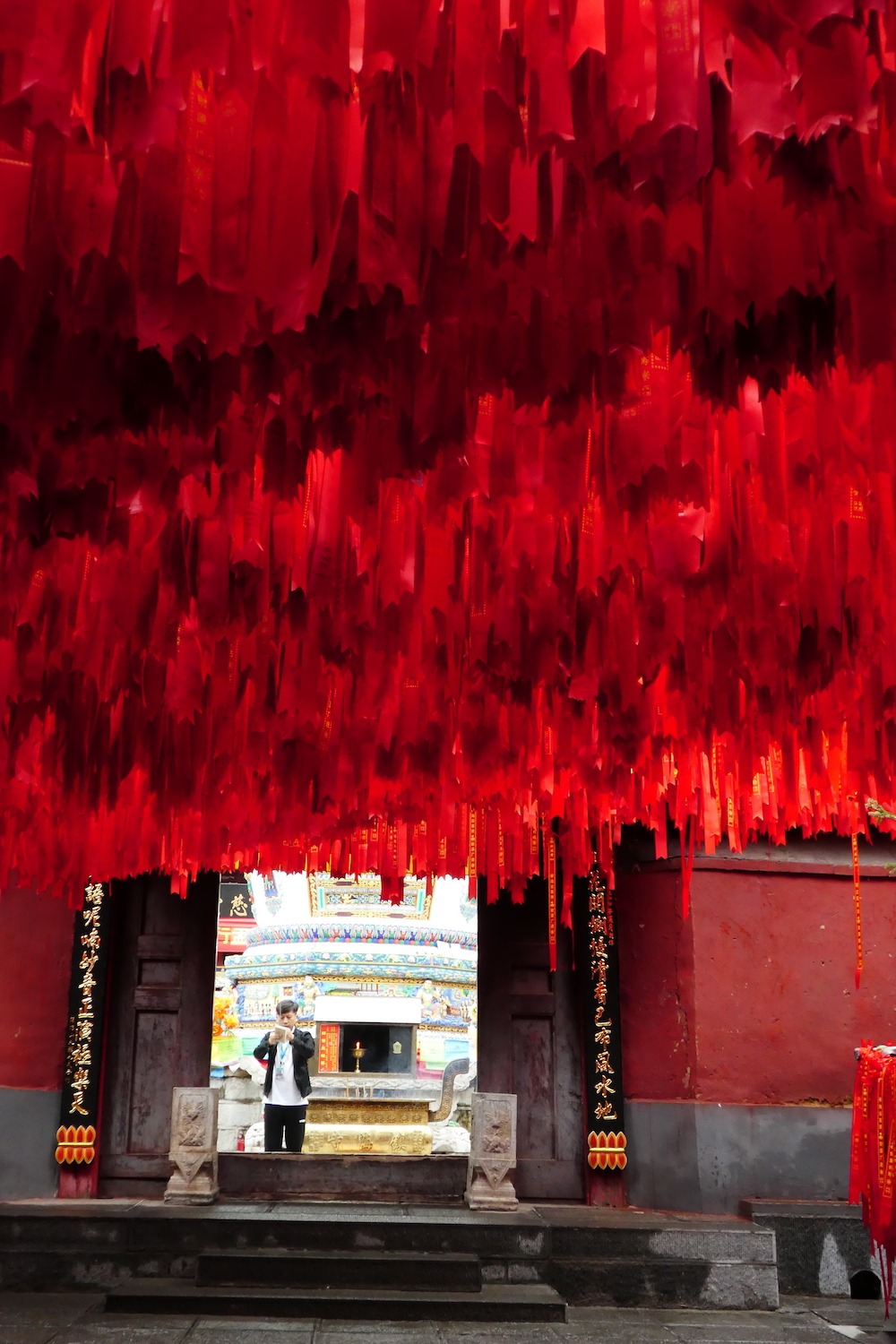 Offering incense in front of the stupa; red paper strips in the outer courtyard record names of visitors’ deceased relatives 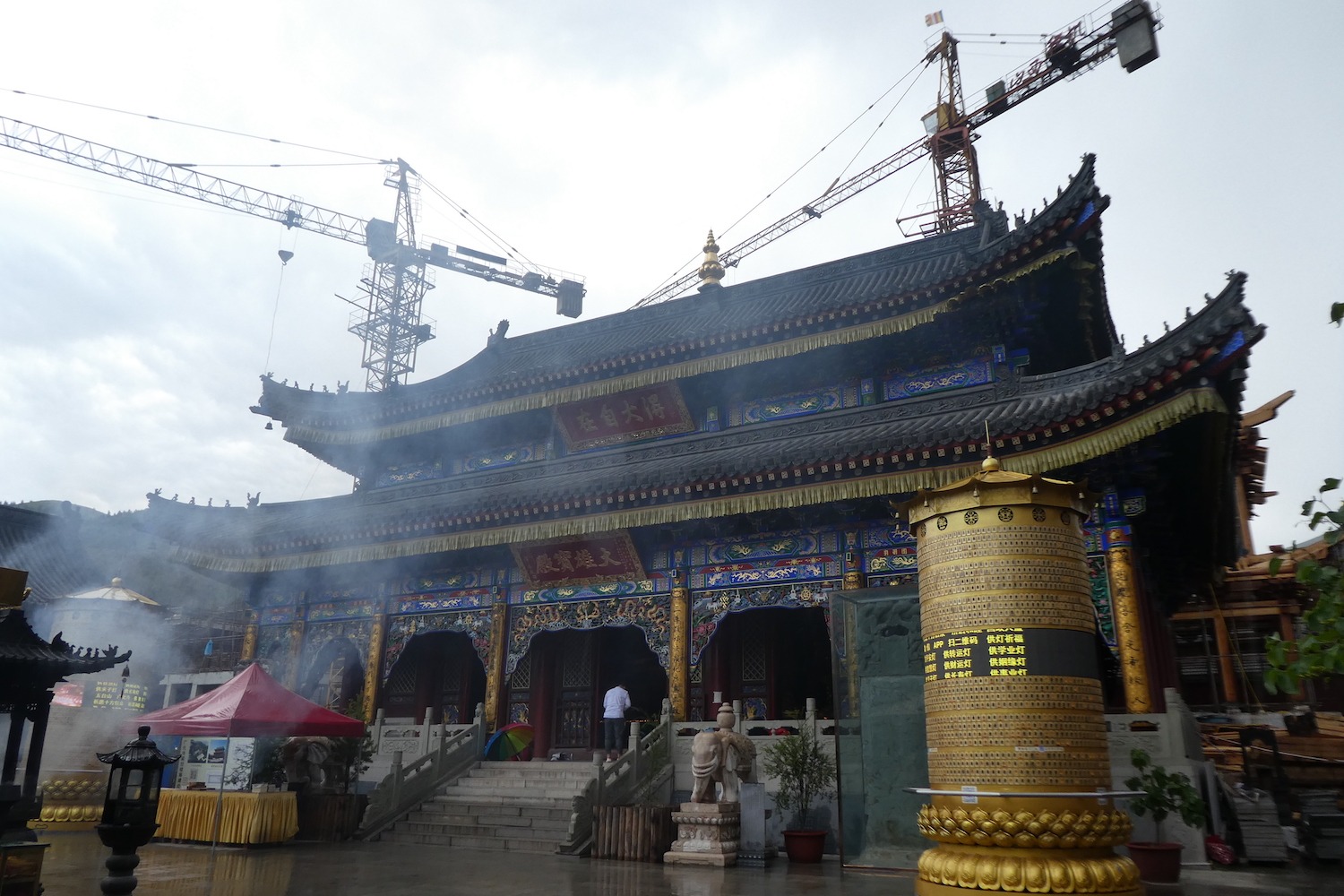 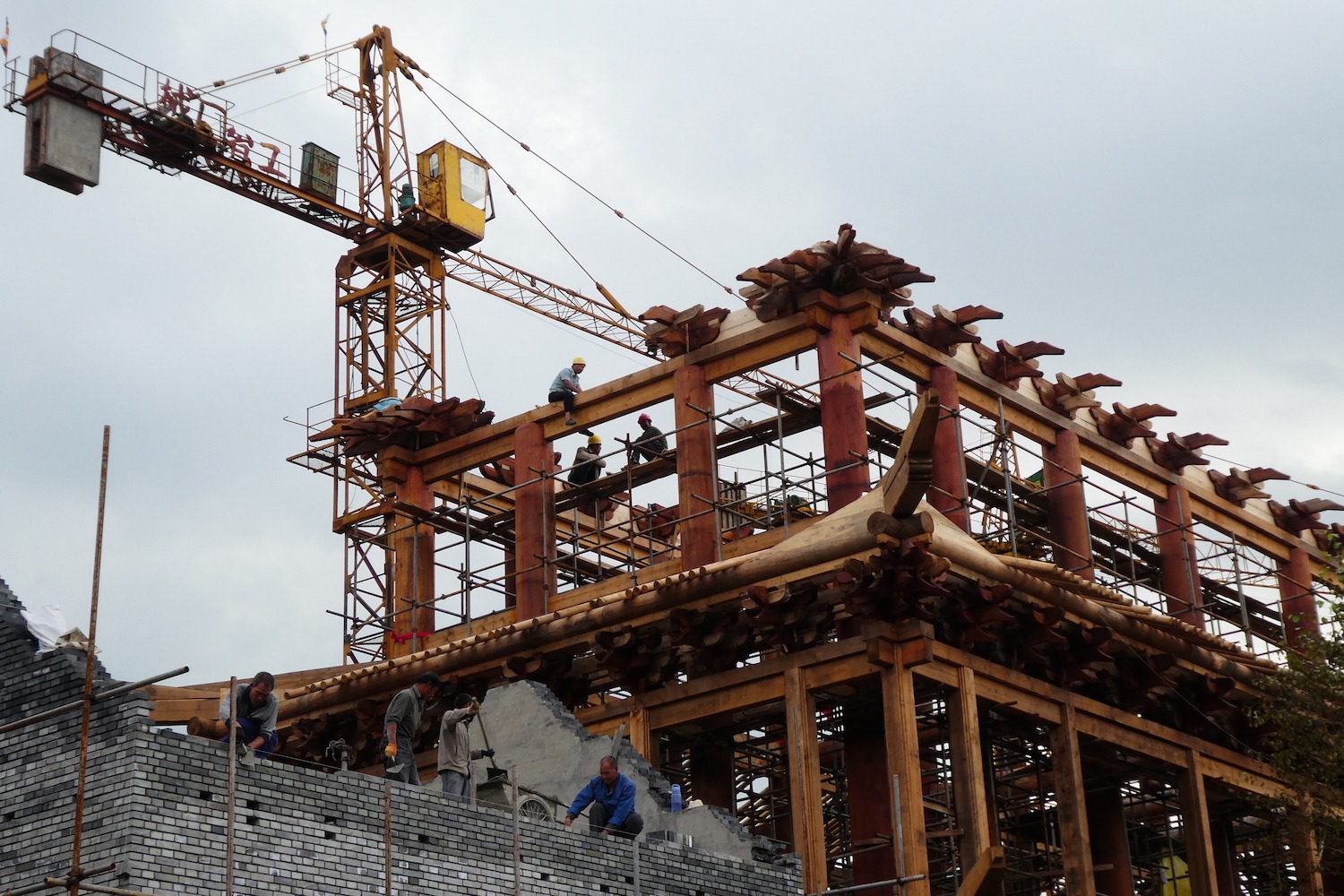 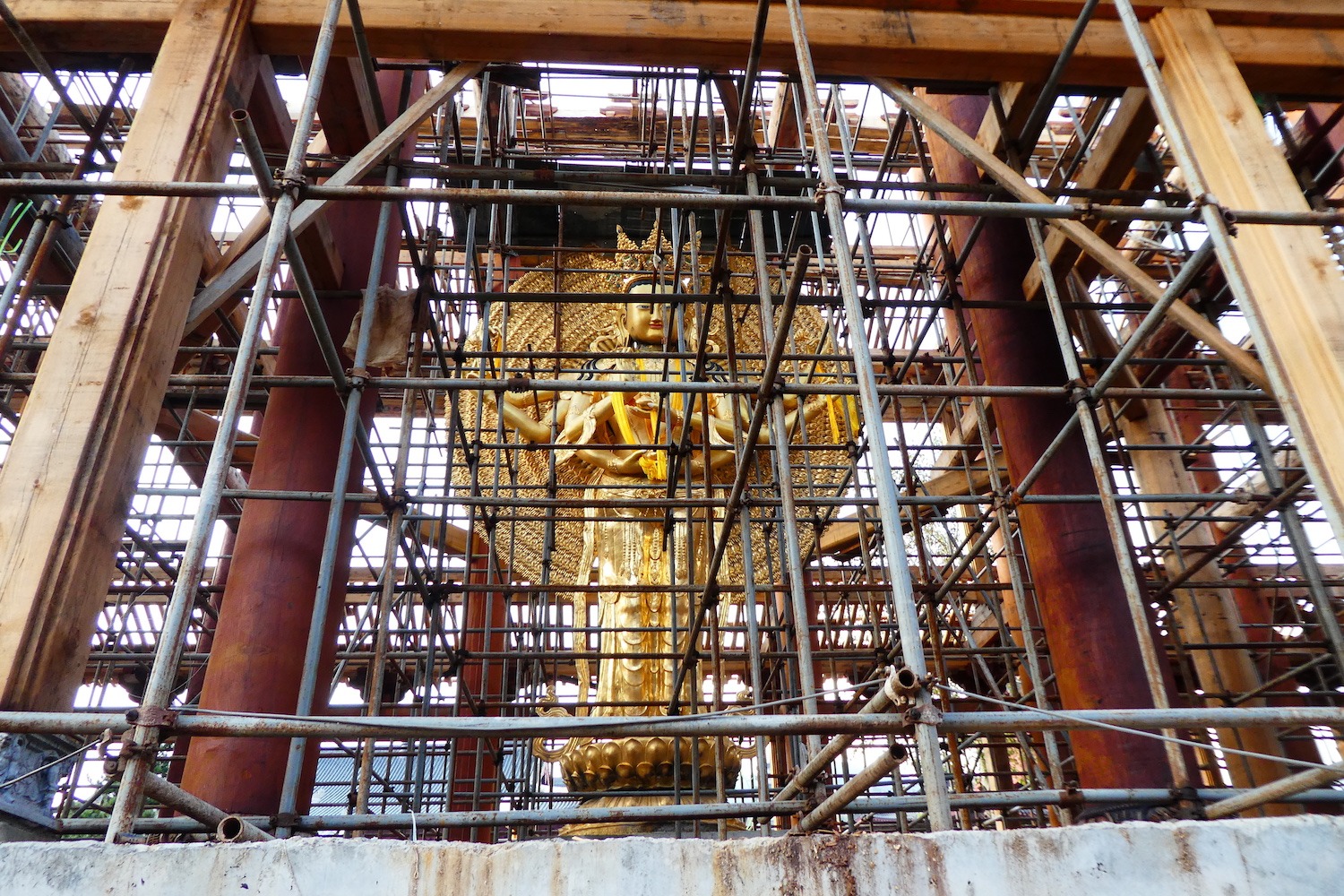 A huge Guanyin (Avalokitesvara/Kannon) figure already installed in Guanghua’s Great Hall. The Gelukpa or ‘yellow hat’ sect, headed by the Dalai Lama, had very powerful connections with Wutai since the fifth Dalai Lama visited Beijing in 1653, and supervised all monasteries on the mountain. Currently there are three Gelukpa temples at Wutaishan— Guanghua, Guangren, and at the Guanyin cave. 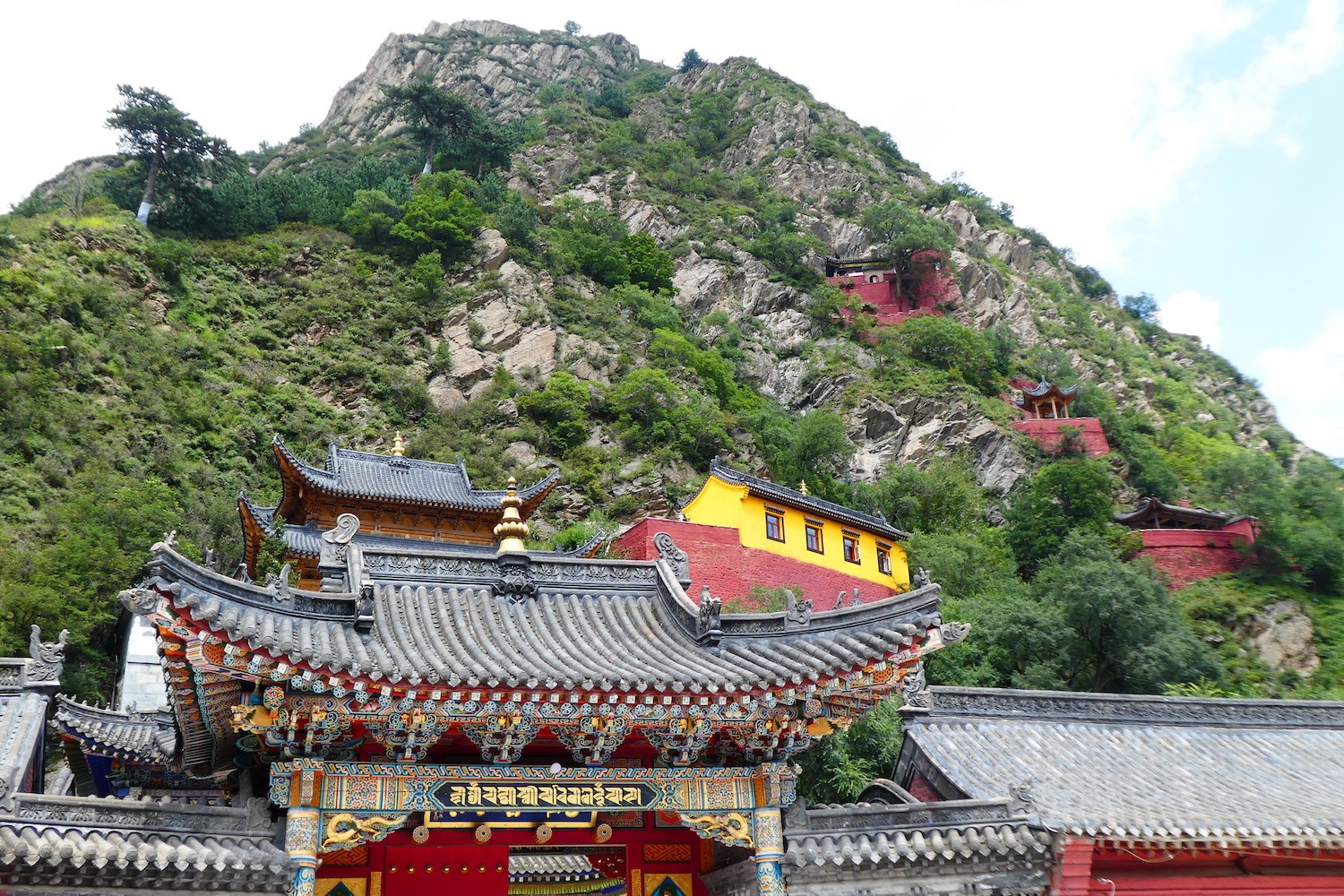 Guanyin Cave, where the 13th Dalai Lama took sanctuary in 1908 following the British invasion of Tibet. Alternative history proposes that the ‘playboy’ 6th Dalai Lama may not have died en route to Beijing after his forced dethronement, but instead spent a number of years meditating here. A planned visit by the present Dalai Lama in 1955 had to be cancelled due to heavy snowfall. 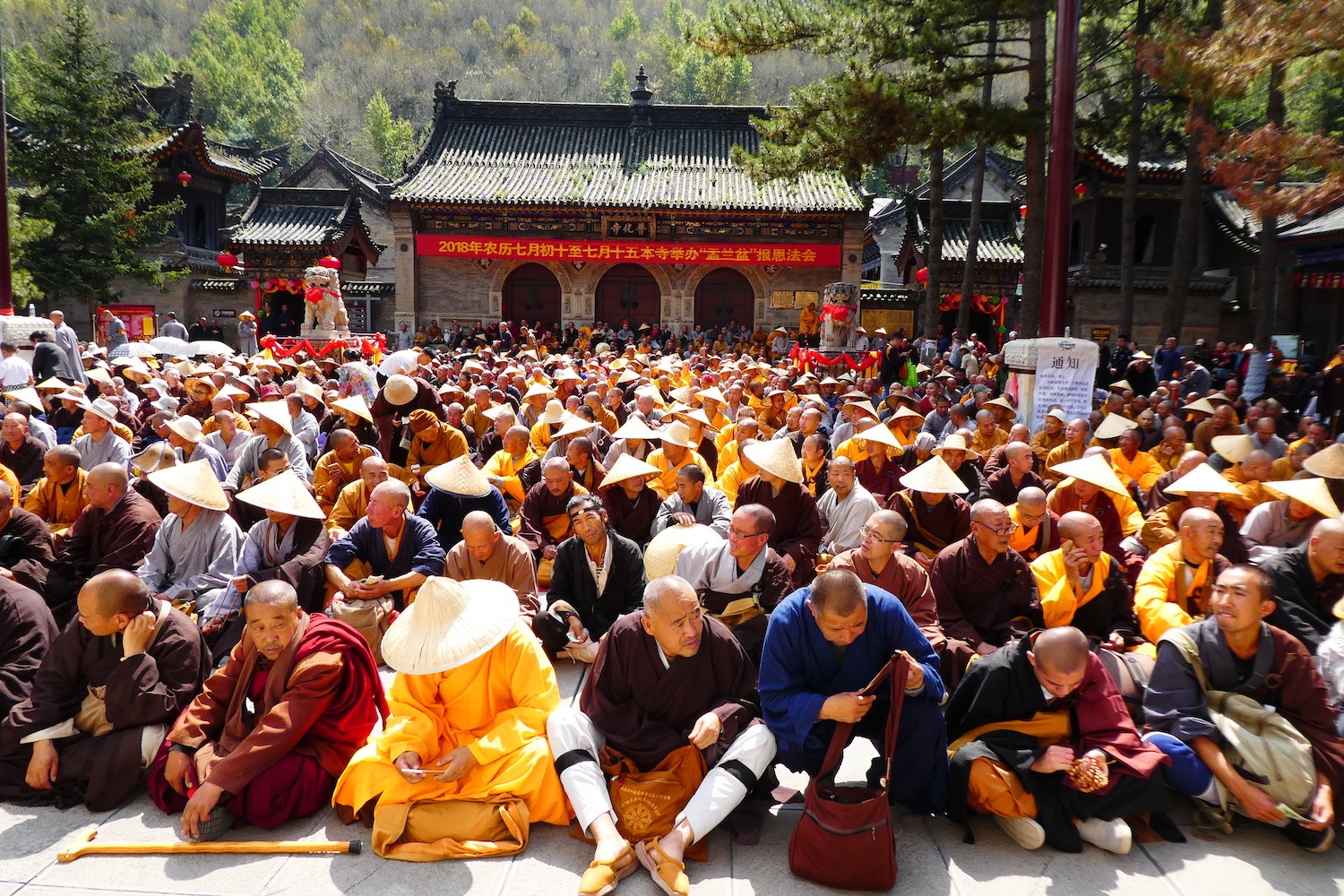 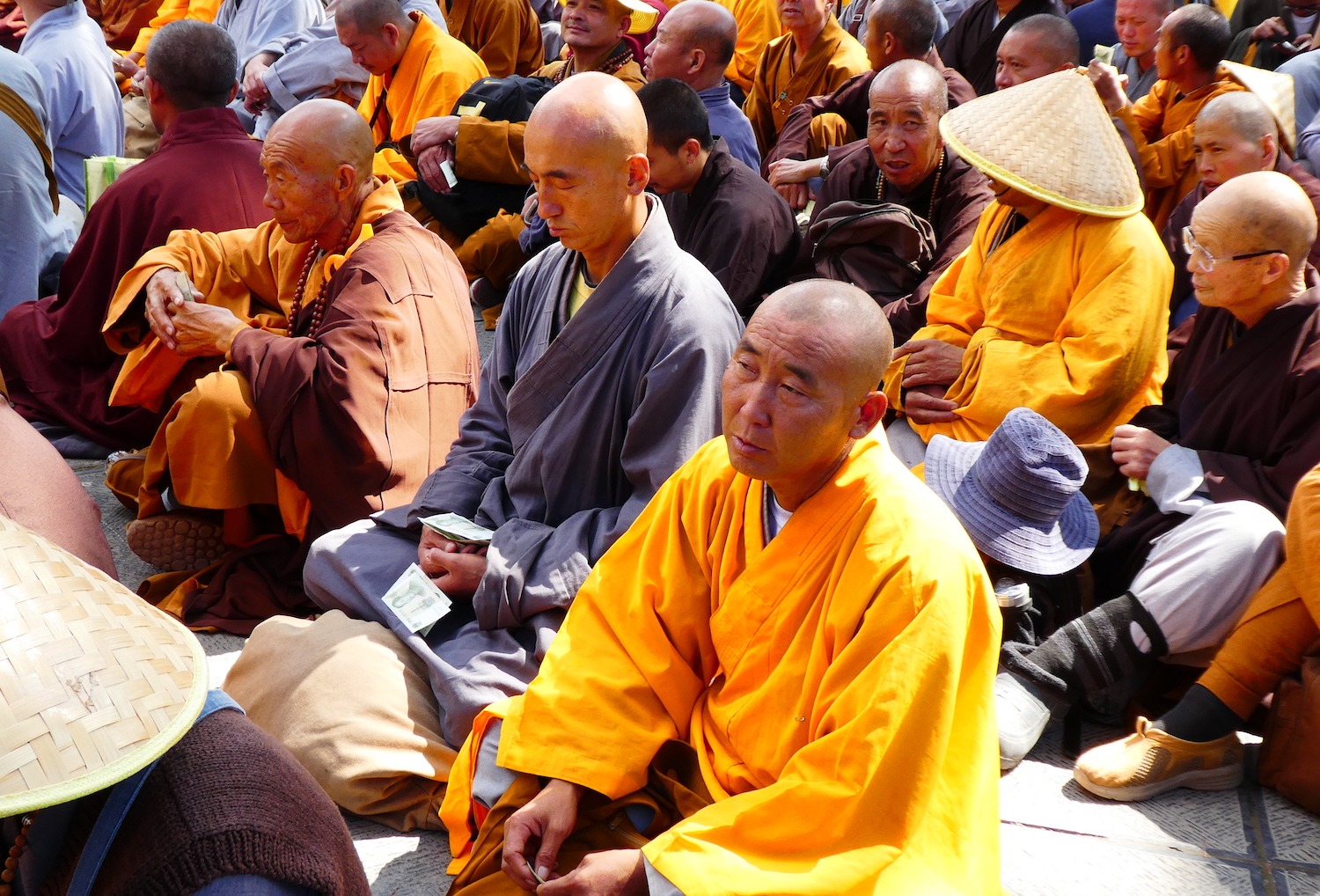 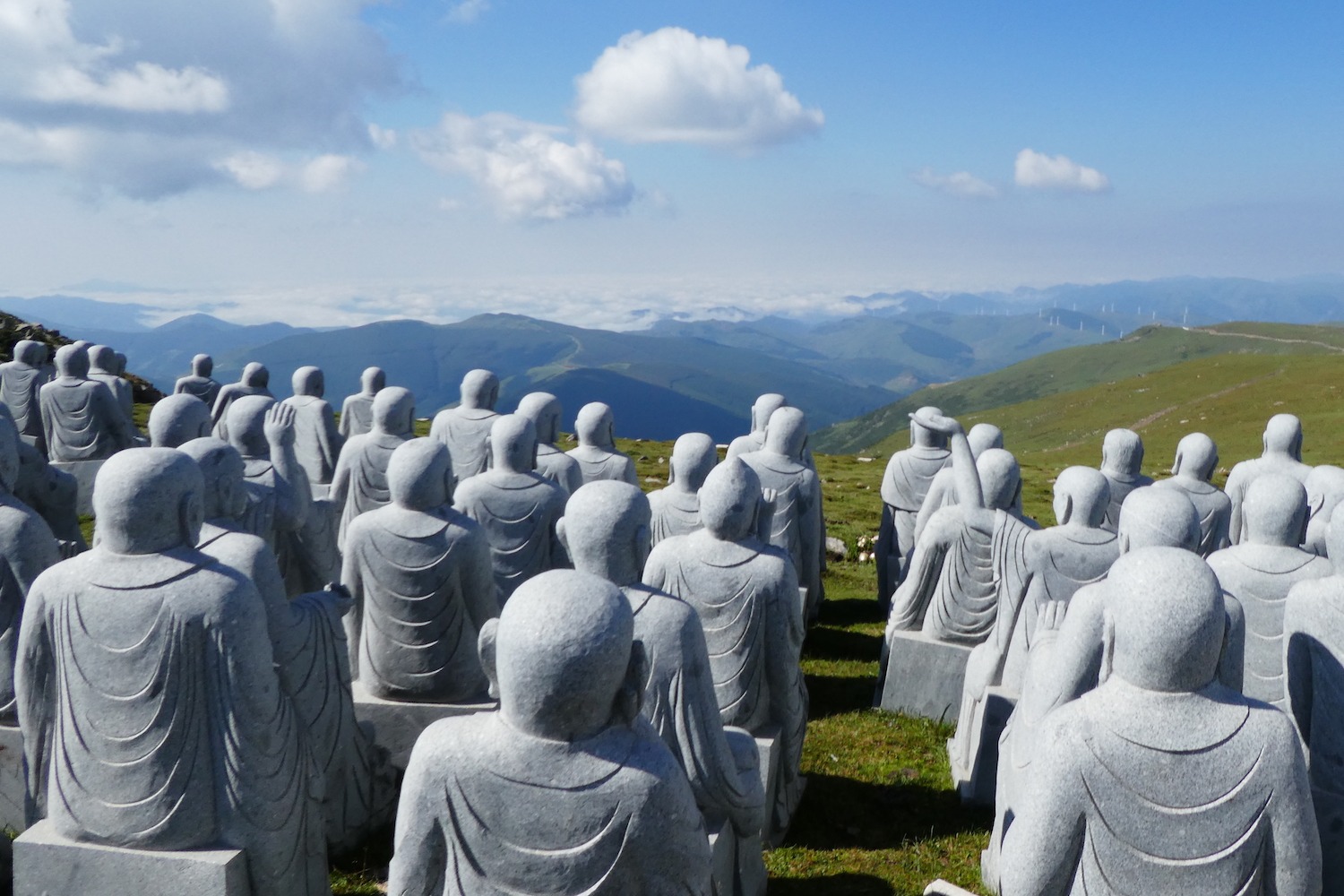 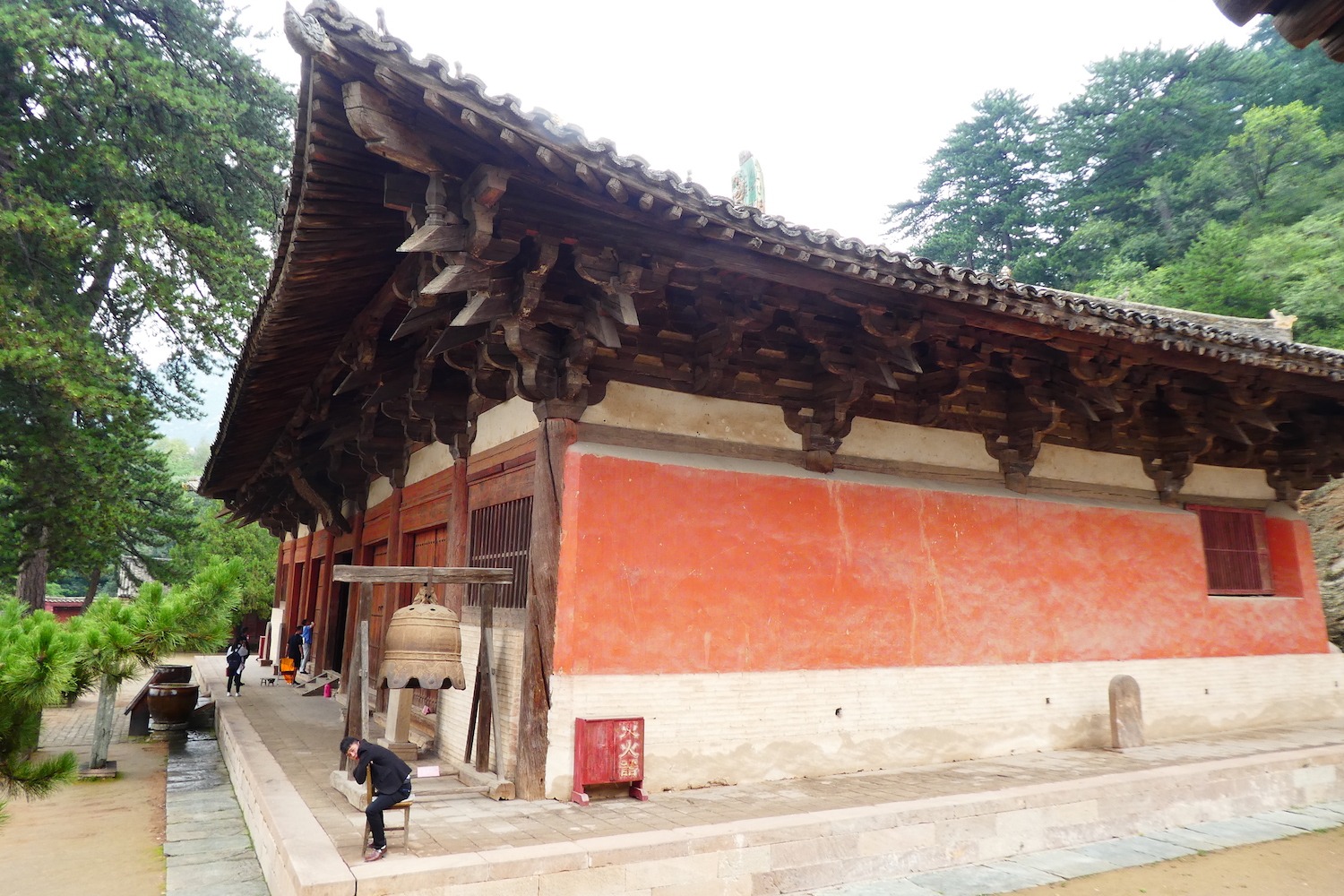 East Hall of Foguang-si, south-west of Wutai-shan. This World Heritage building, still standing, was constructed in 857 (“the largest and most intact of the four Tang structures to have survived”) as part of the resurgence of Buddhism following its suppression by emperor Wuzong (from 843 to 845), which occurred during Ennin’s pilgrimage. 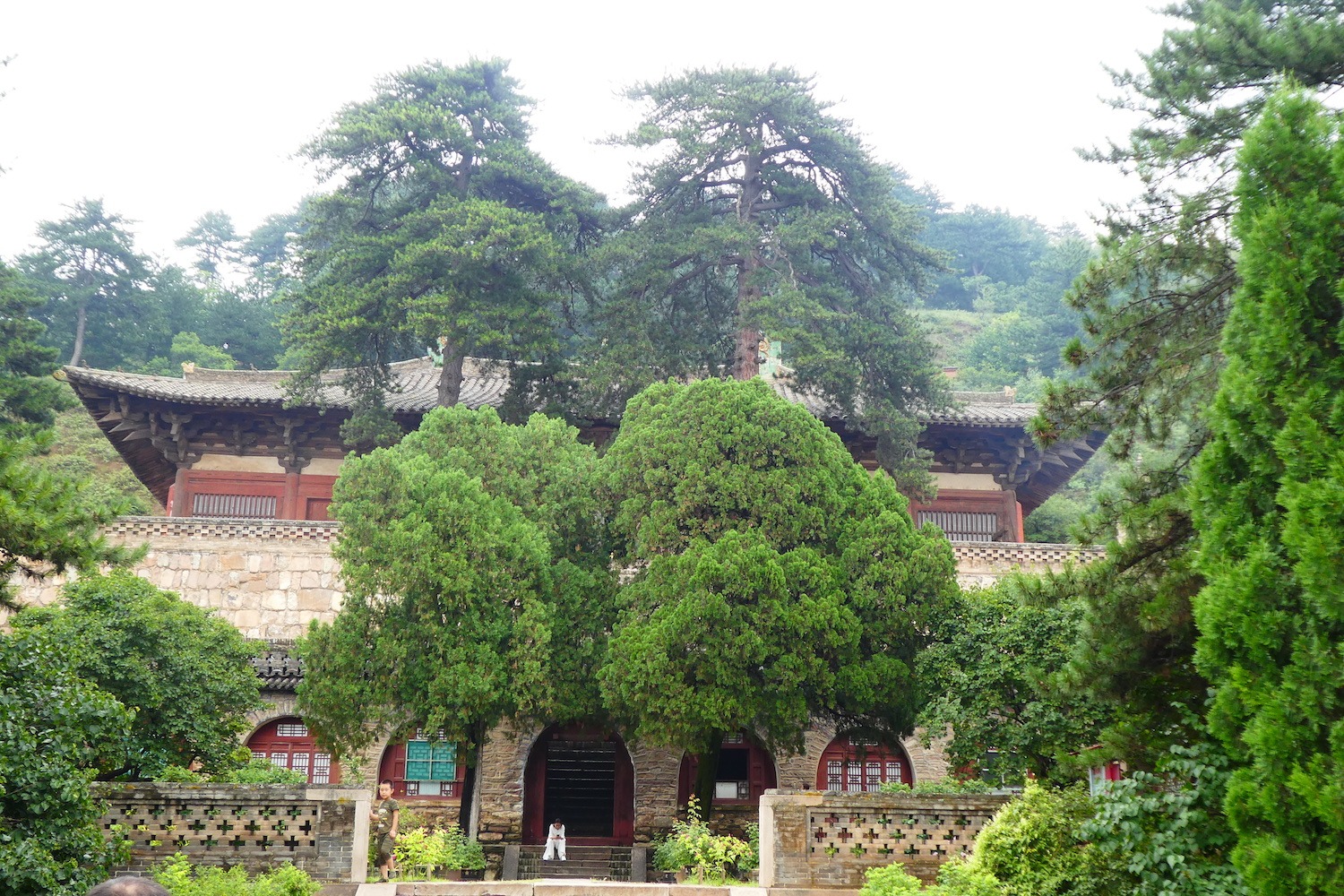 Another view of East Hall of Foguang-si.