For over 30 years KJ has welcomed volunteers from around the world. With the help of Lisa Nilsson, who flew from Denmark to spend time with us in the spring, we decided to pose some questions to some of our team members here with us in 2018. 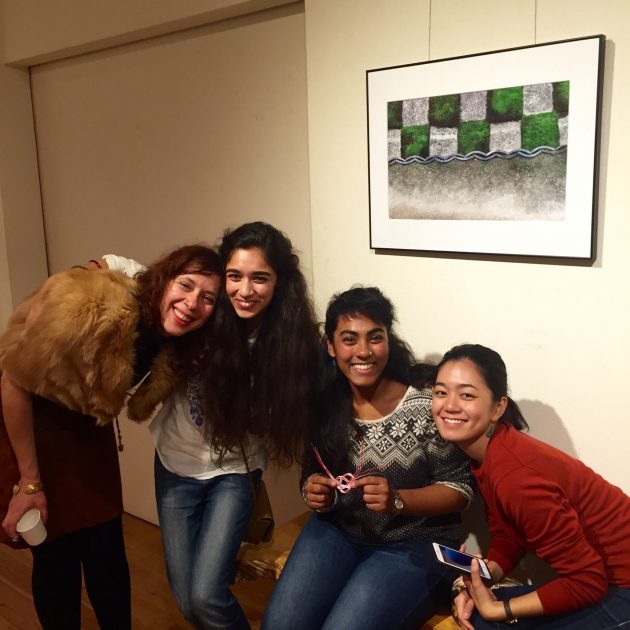 First up is Maithilee Jadeja (also known to us as Mai-chan). Mai is studying here in Kyoto and joined KJ in the summer of 2017. You can read about her recent trip to Toyama City here. 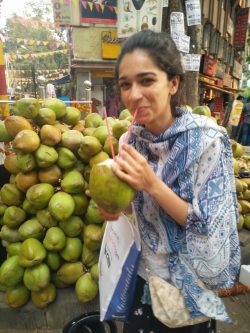 Introduce yourself for us, Mai.

I am graduating from university soon, enjoying the seasons and pace of the city. I’ve been in Kyoto nearly four years now, having arrived here from a lovely peepal-tree filled school in Andhra Pradesh, India. I had been there for eight years, growing up learning music, art and everything kids are taught in India schools. My family is usually traveling, but as of two months ago now, they have returned to our hometown in Gujarat, India.

I always carry a notebook and a pen to write anywhere, all the time, and I love music.

Why Japan? How did you end up here?

As a child till the age of nearly four, my family and I lived in Tokyo. We kept our connections with our Tokyo friends , and my fond memories of whatever little I remembered always made me want to return here to Japan. My last two years in high school were filled with daydreams of going to Japan, and luckily, gratefully, I made it here in 2014 J

How/why did you get involved with KJ?

I had noticed some old issues of KJ one day in a café near Nijo Castle, and to read something so authentic and terribly lovely excited me to just know of its existence. I returned to university asking my professors if I could link some of my term-papers to something KJ-like, or if they knew how I could get in touch with KJ. They didn’t.

A few months later, in a journalism class I took last year, JJ, my professor, invited us students to a Japan Times anniversary party and told me that some people from Kyoto Journal would be there. I went and sure enough, met John Einarsen and Jen Teeter and her cute baby Luka that day.

It was also around that time Alexandra Ting and I both worked at an international school, and I discovered how she worked for Kyoto Journal too. Slowly through talks and questions, I was invited to a new-volunteers-for-KJ dinner. It’s taken off since!

What inspires you in life?

Happiness, freedom, and the magic of people coming together to create something new in the world.

How would you describe your creative work at KJ?

Kyoto Journal for me has been a little like a discovery book, it seems as though each task, whether it is some transcription, an event, a meeting, group posting-pizza parties, I’ve found inspiration and new stories of Kyoto. It makes me appreciate Kyoto more, each time, and carefully through watching Hirisha, Lucinda, John, and others at work, I find I take time to observe the art in littler things, more.

What work tasks or moments do you enjoy the most at KJ?

Group gatherings. I love the way John, Ken, Susan, Mizuho, and others talk about how the magazine started with a kind of sparkle in their eyes. There is something so hopeful and simply lovely about how they talk about events in the city, connections, how KJ meetings would spontaneously happen at street corner encounters, and more. The core team at KJ have a unique excitement that they naturally share around…

Which piece of work for KJ is the most memorable/are you most proud of? Why?

I like the ‘Sacred Mountains of Asia’ issue, because of the way the everyone talks about how it was made. There is a piece about Indian mountains too in the issue, and there is this translucent buttery sheet embedded in the magazine before a picturesque image of a mountain range, to resemble cloud-cover. It instantly became my favorite. It’s art! Also, there is something quite timeless about that issue, and there’s a lovely pair of flying elephants on the cover.

Lisa Nilsson is a Swedish freelance journalist based in Copenhagen, Denmark. Kyoto stole her heart back in 2009; she has remained enchanted ever since. Her curiosity (and former job as a flight attendant) has taken her many times around the globe,
never going anywhere without her camera. She is a documentary film junkie, etymology enthusiast and a board-game geek, currently
working on a children’s book.