Toyama: The Venice of the East

In May this year, KJ’s Maithilee Jadeja and Minechika Endo joined the 23rd ‘Mizu no Miyako: Toyama Shuzai no Tabi,’ an annual press tour of Toyama City organized by Good Luck Toyama, in the company of journalists and photographers from around Japan. Located on Honshu island’s Japan Sea coast and just under 3 hours away from Tokyo on the bullet train, Toyama is perhaps better known as a convenient stop for access to the Tateyama mountain range, where visitors can traverse an impressive corridor of snow up to 20 meters high in the months of April through June. But while the city’s sights are not necessarily compact, it is well-worth spending a leisurely day or two to explore if you find yourself in this corner of Japan. 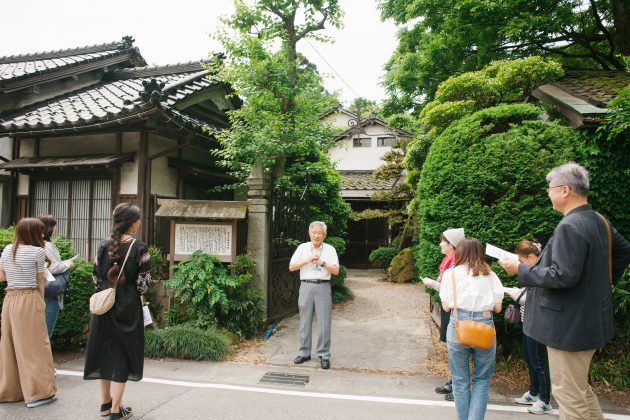 Pulling into Toyama Station after a long journey on a medley of transport including the shinkansen from Kyoto, it is hard to believe we are in the same country. It is late spring in Japan — Kyoto is bathed in warm sunshine and the fresh green of new leaves, yet the surrounding peaks of Toyama City are still streaked with snow. We met the cheery Mr. Nakamura, the President at Good Luck Toyama, who was to accompany our group for the next two days. Nakamura-san was tasked with uncovering for us the gems of this modern, northern city that seeks to draw visitors to Japan as a hospitable and charming destination in its own right. Built on the Sea of Japan and with several waterways running through its heart, Nakamura-san describes Toyama as the “Venice of the East.” 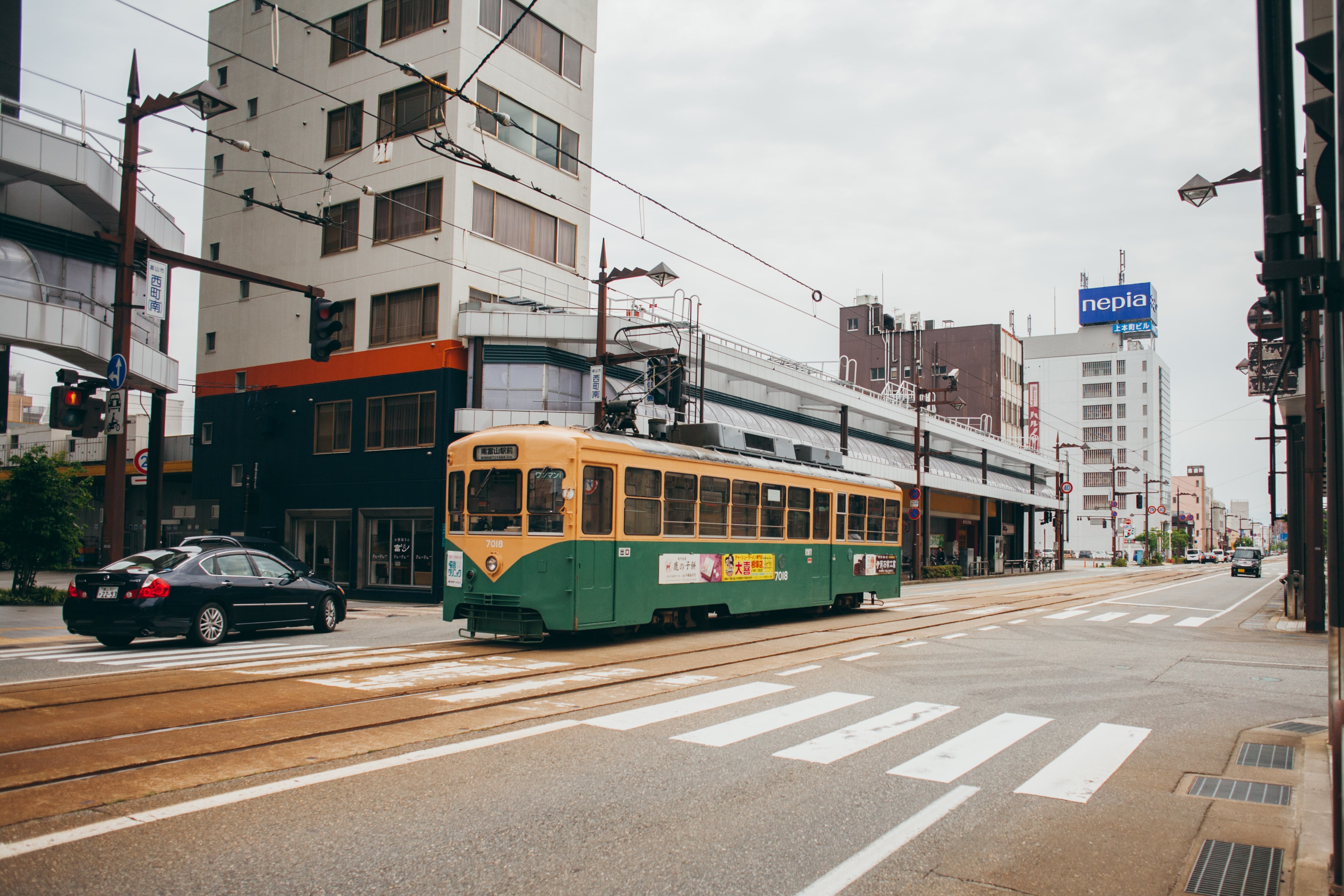 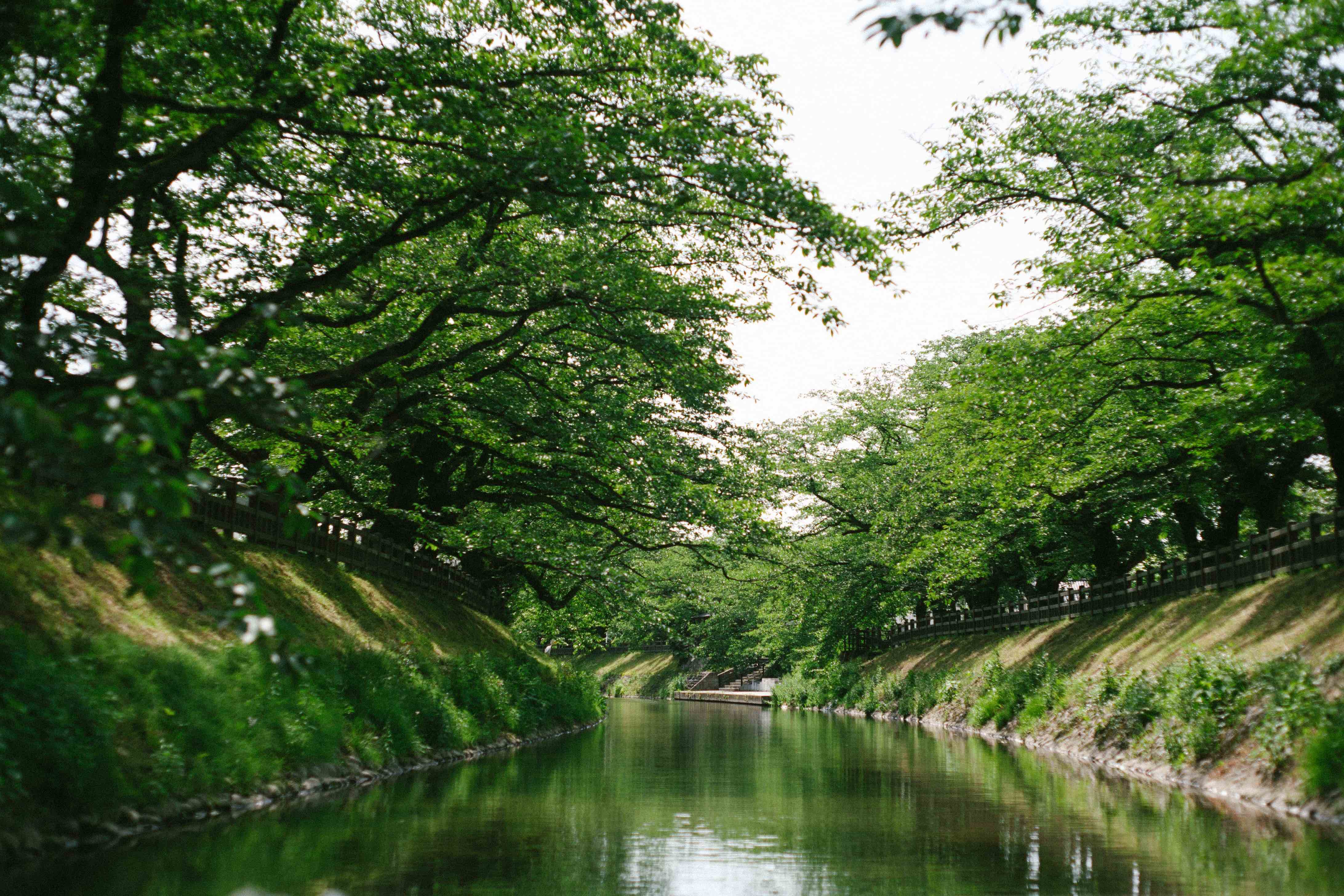 Our trip began with a stroll along the pretty paths adjacent to the Matsukawa River, the city’s main waterway. The river, we were told, is much narrower now than it was during the Edo Period, when it served as an important channel for the movement of goods. Today, the river barges that float along it are a symbol of summer here, popular among locals who dine on board whilst enjoying the cool evening breezes — something we also did that later that day. We eventually reached Toyama Castle park, where we savored a bowl of tea in the surroundings of the castle keep, a 50’s reconstruction, that stands amidst little ponds and streams. 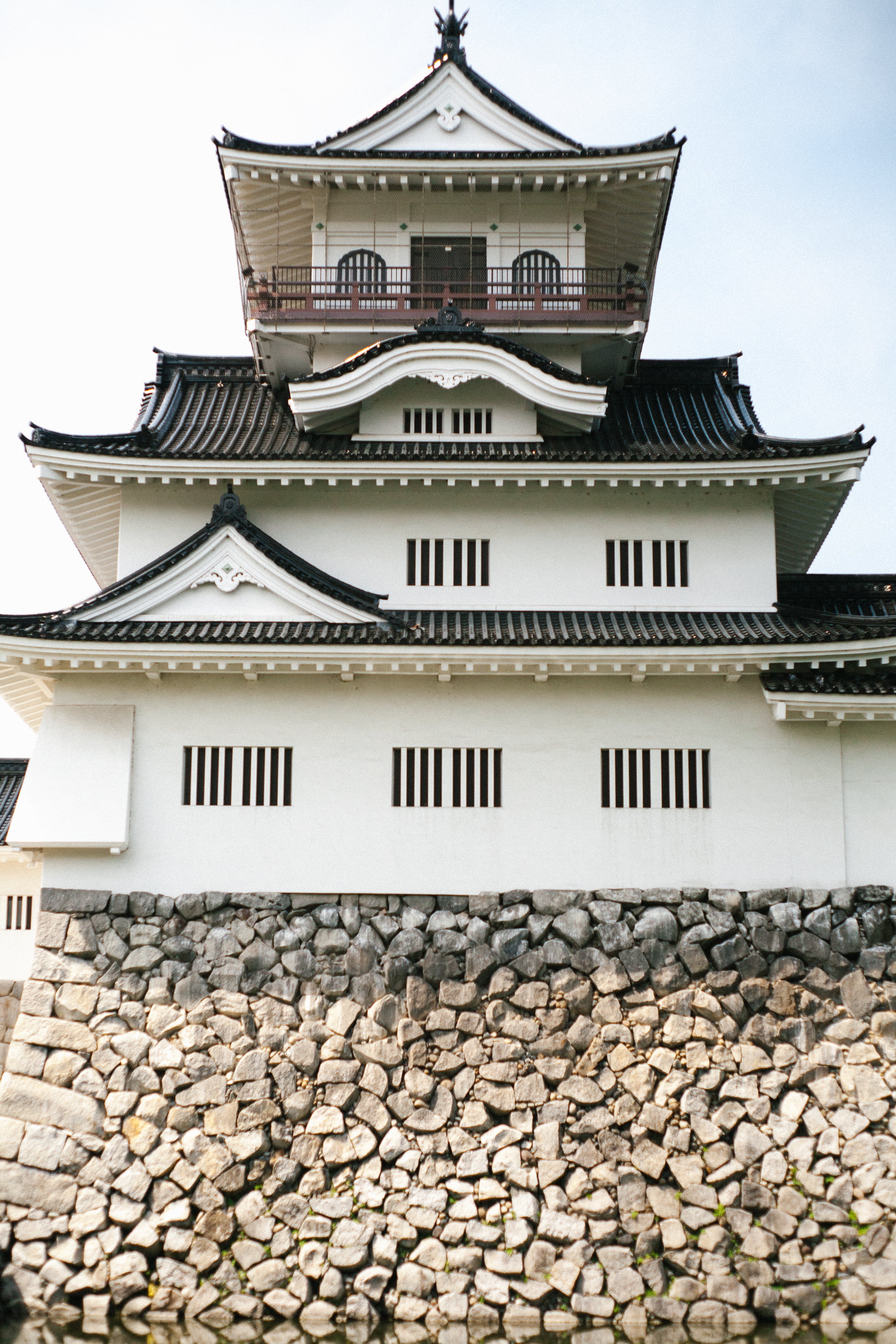 Next, we were ushered onto a yakata-bune ourselves, and a group of kimono-clad ladies treated us to a performance of the Owara-odori as we drifted away. This folk dance, characterized by elegant hand gestures, originates to a historic area called Yatsuo in the south of Toyama City, and has been performed for some 300 years. The Owara Kaze no Bon festival, draws thousands of spectators during the first three days of September who come to see female and male performers proceed through the streets accompanied by taiko drums, shamisen and kokyu stringed instruments. 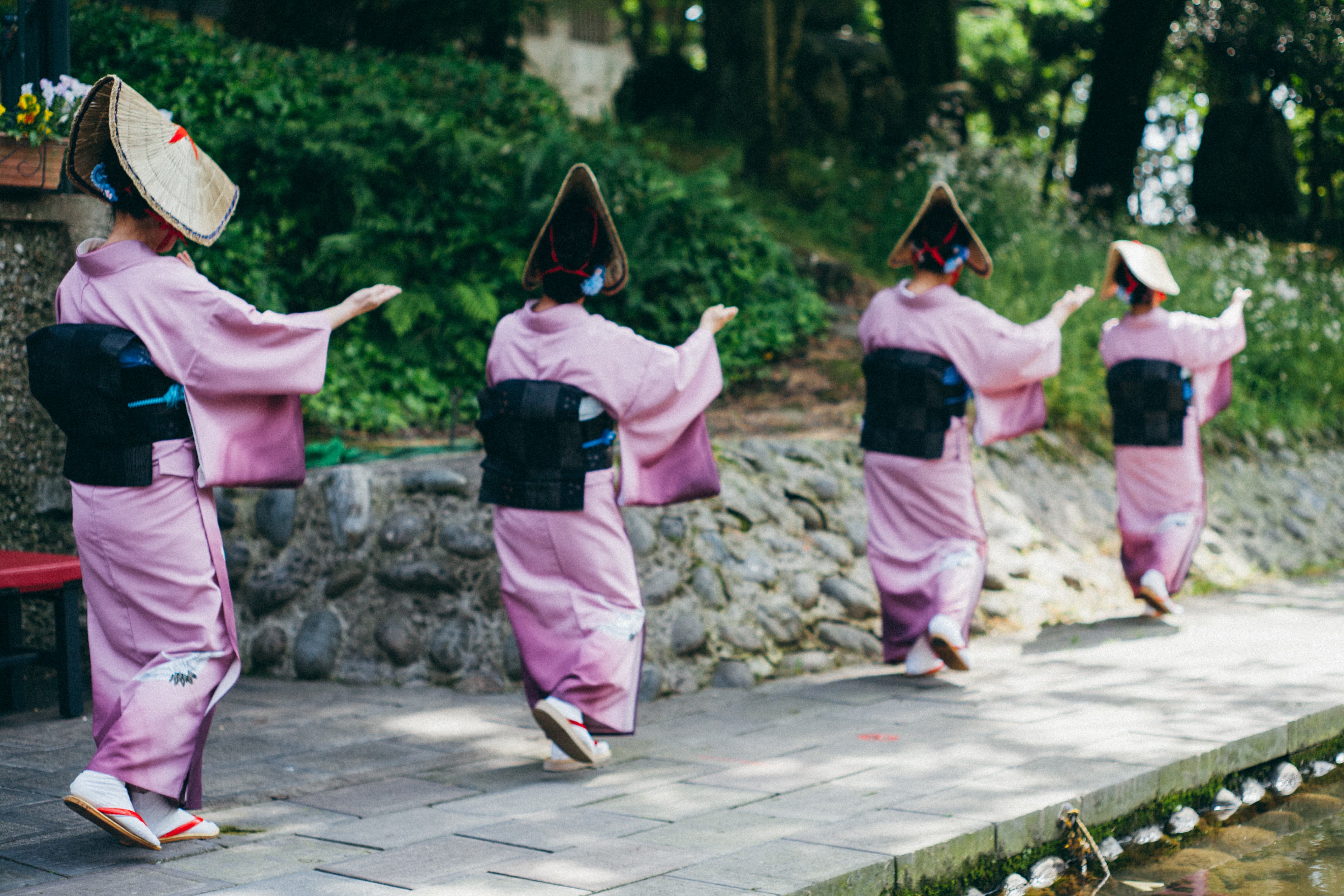 Toyama’s network of trams make getting around painless, and this is how we went to visit the renowned traditional medicine shop, Ikedaya Yasubei Shoten. All the medicinal blends here are handmade, as had been the tradition of the previous business here for 350 years up until the Meiji Period, when the government pressured suppliers to switch to Western medicine. 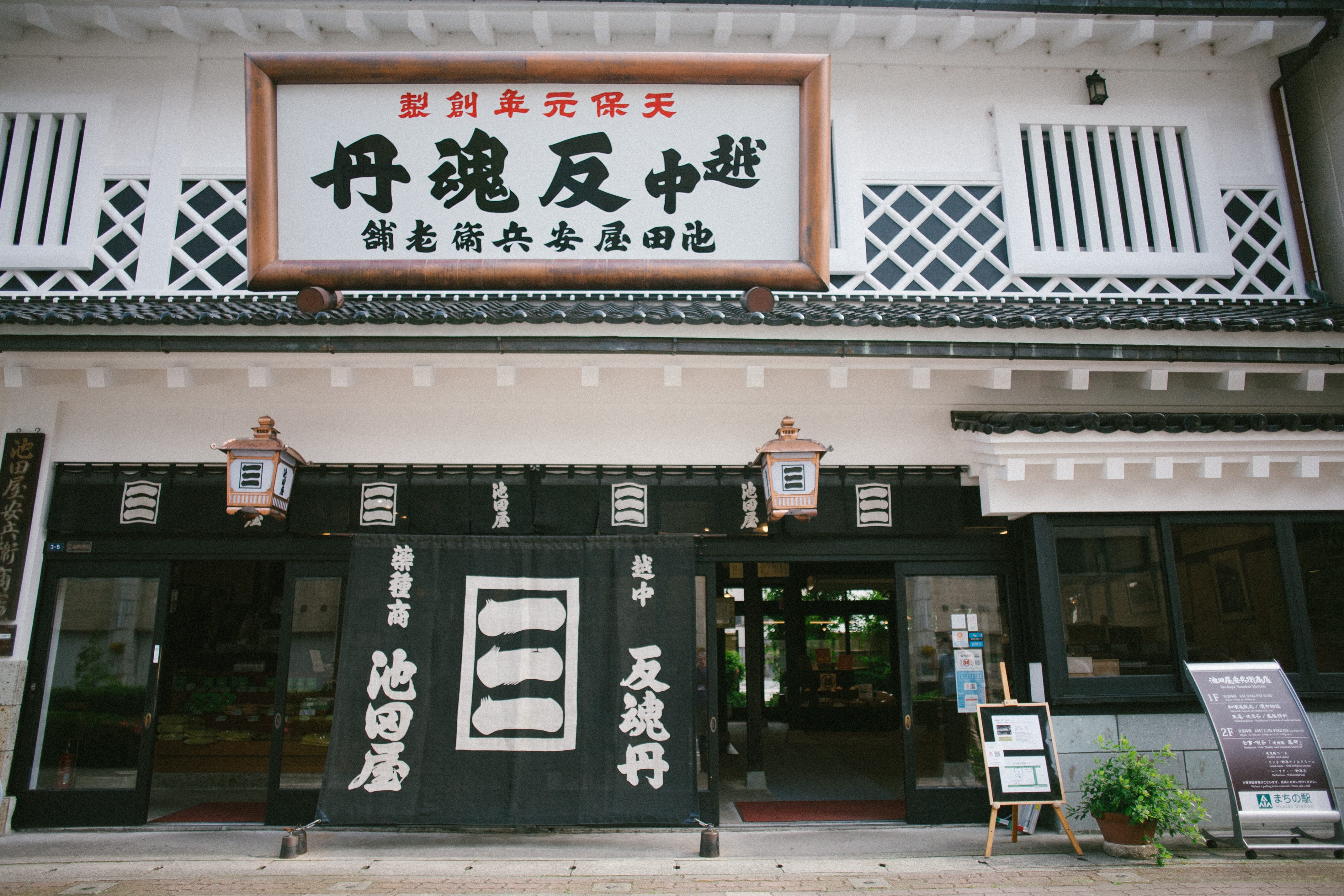 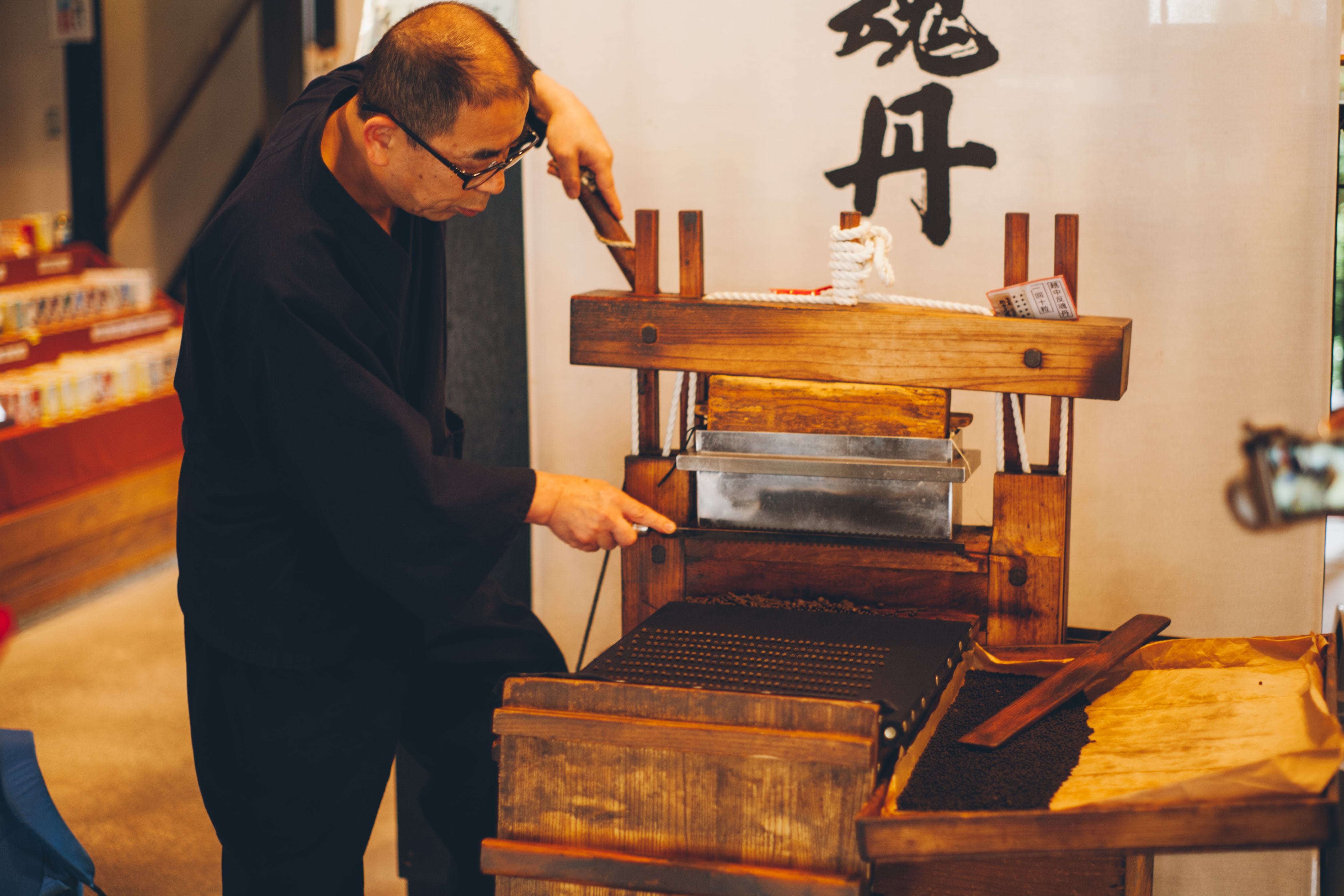 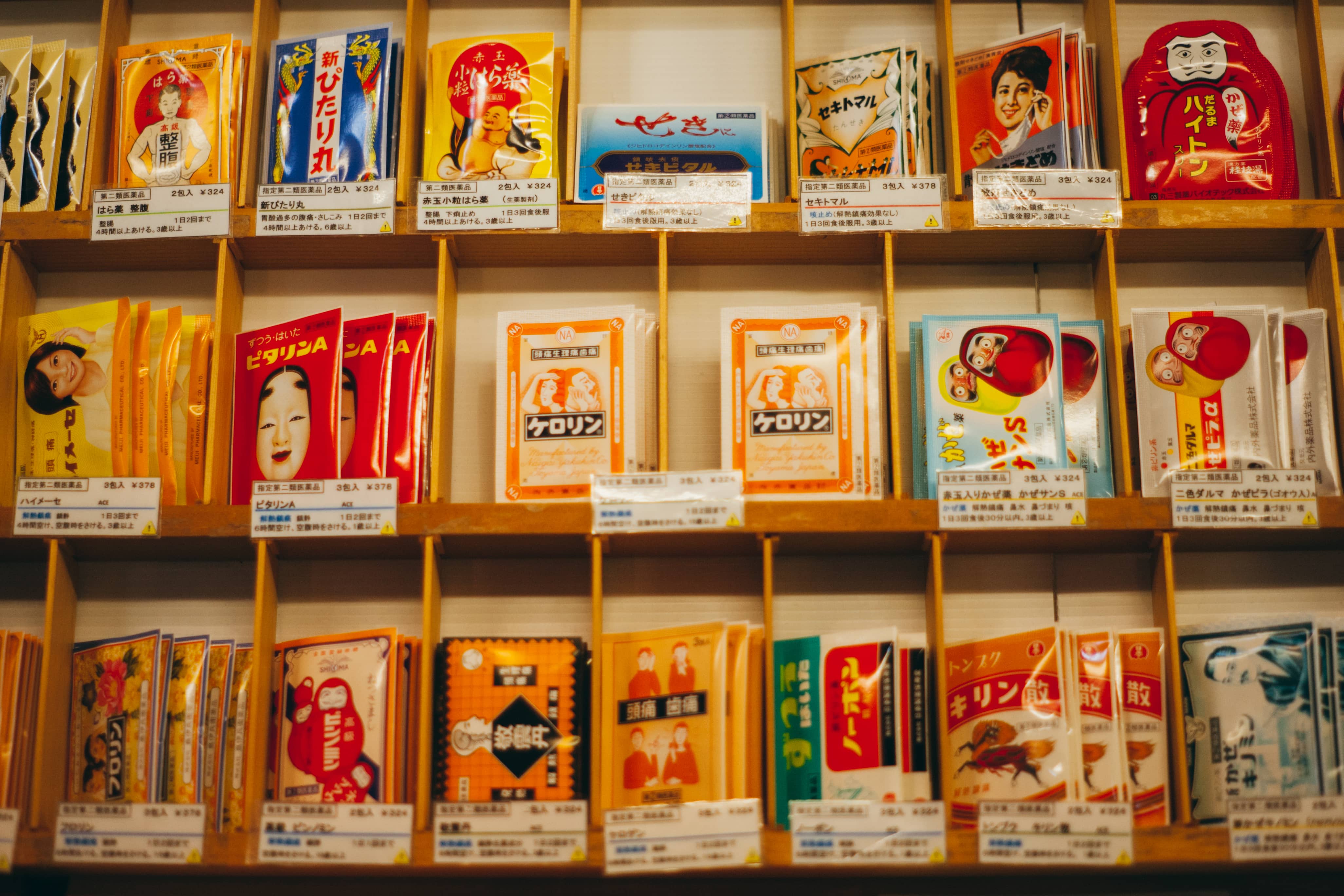 The streets of Toyama used to be lined with medicine shops like this, Nakamura-san explained, but the numbers have dwindled drastically. Ikedaya has a restaurant too that offers three different multi-course lunches, all containing fresh seasonal ingredients and herbs, and centered around the principles of Japanese medicine— we were lucky enough to sample their refreshing and unusual yasou icecream made from wild grasses. 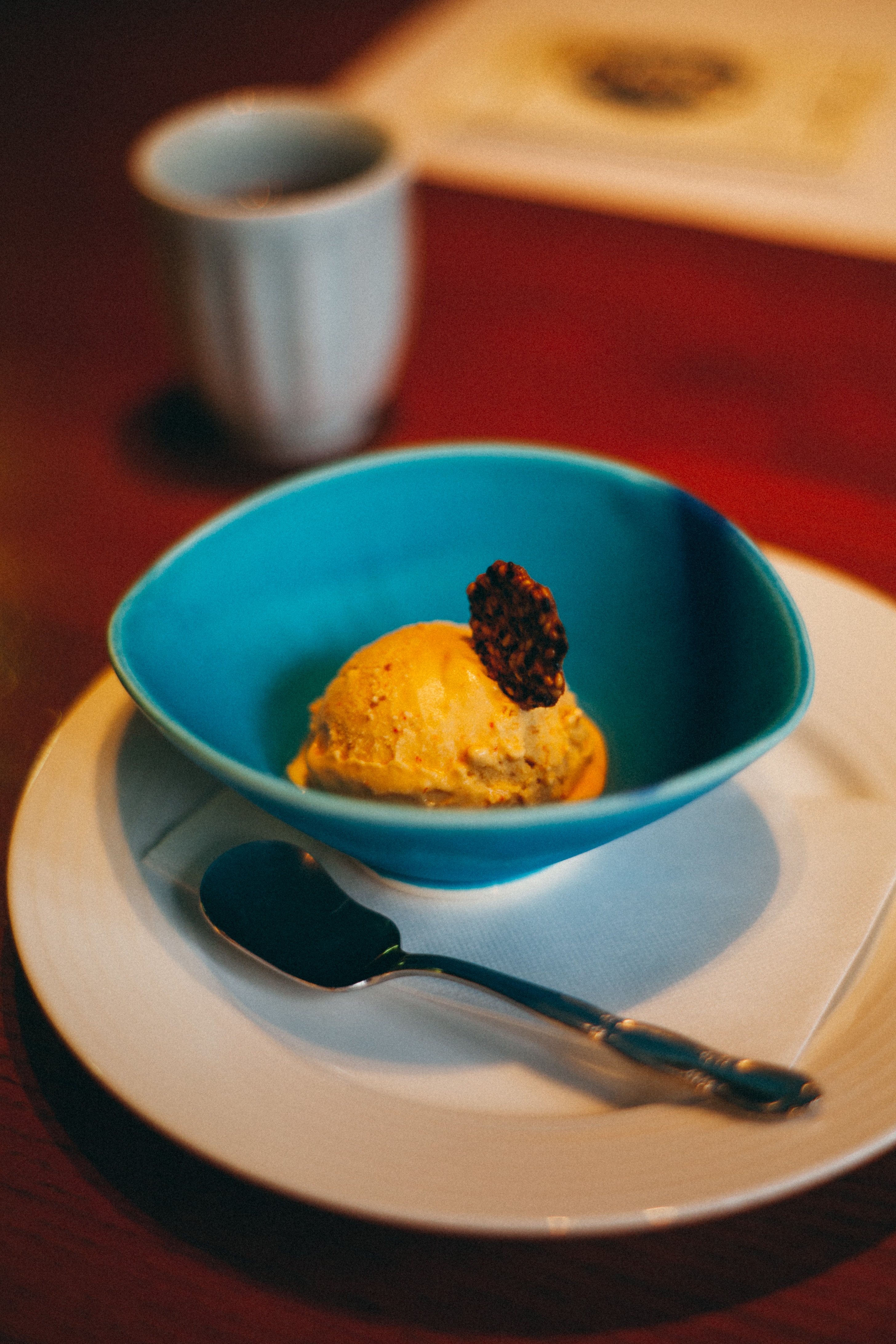 Something else Toyama is known for, Nakamura-san tells us, is its delectable sweets. We visited a lady introduced to us as Tomoko-san, who was the 14th generation of her family making mizu-ame, one of the few remaining in Toyama since the 1600s. Designed to quench one’s thirst during the hotter months, the soft, molten candies melted away on our tongues. 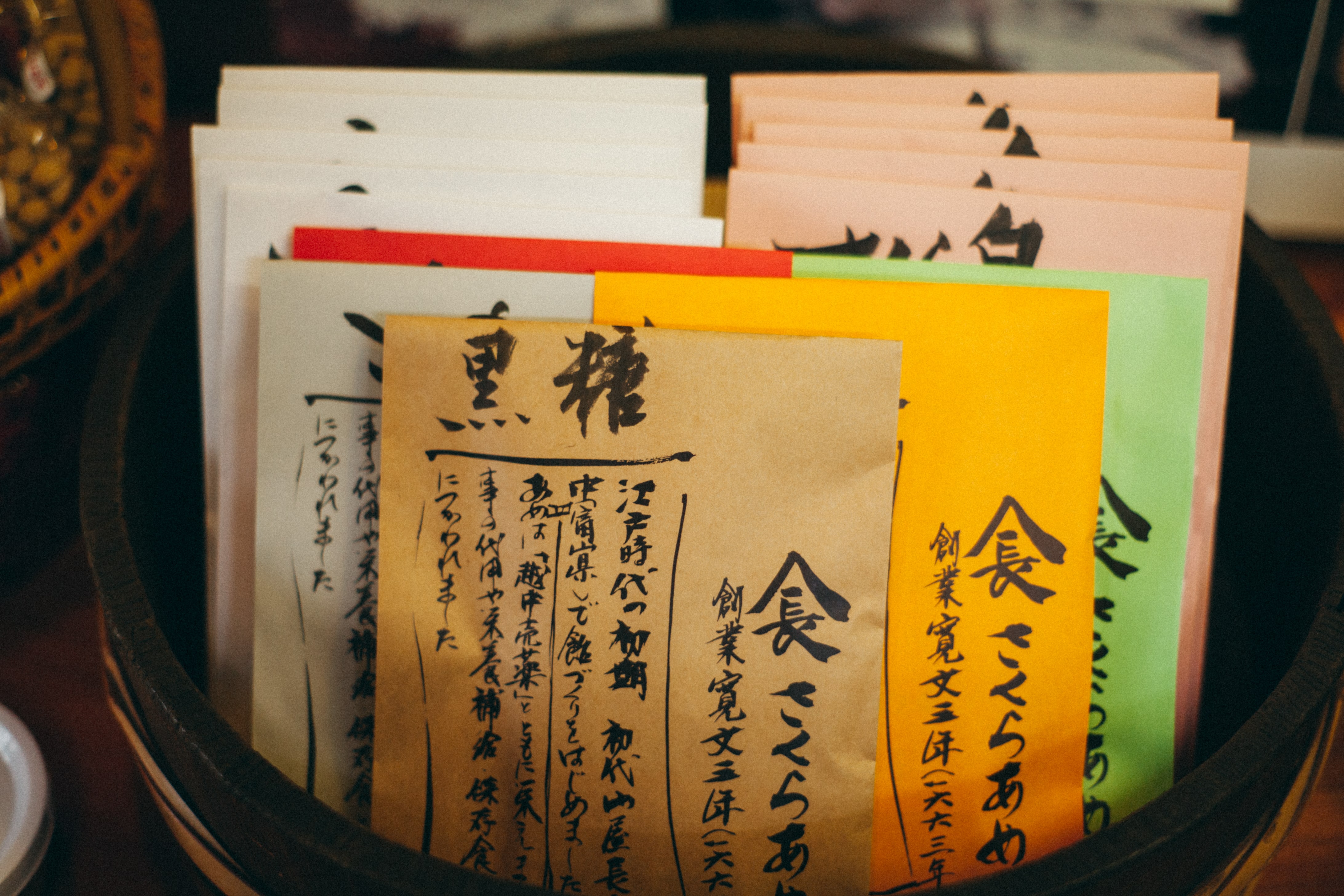 The specialty of the next store we visited, Tsukisekai, on the other hand, was a kind of cube-like meringue made from egg, agar and wasanbon (fine Japanese sugar). This melt-in-the-mouth treat quickly became popular shopping bag fillers among our group. 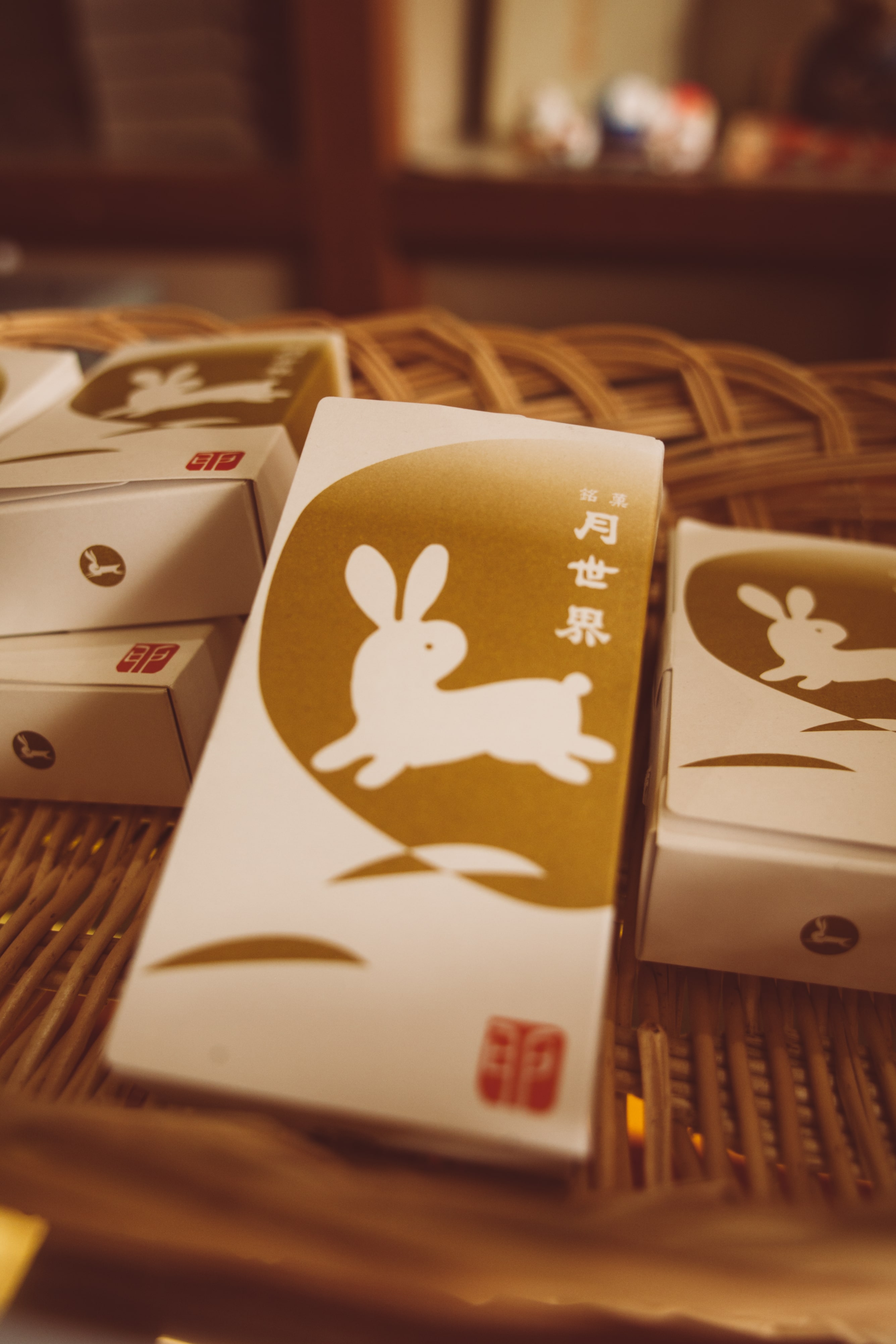 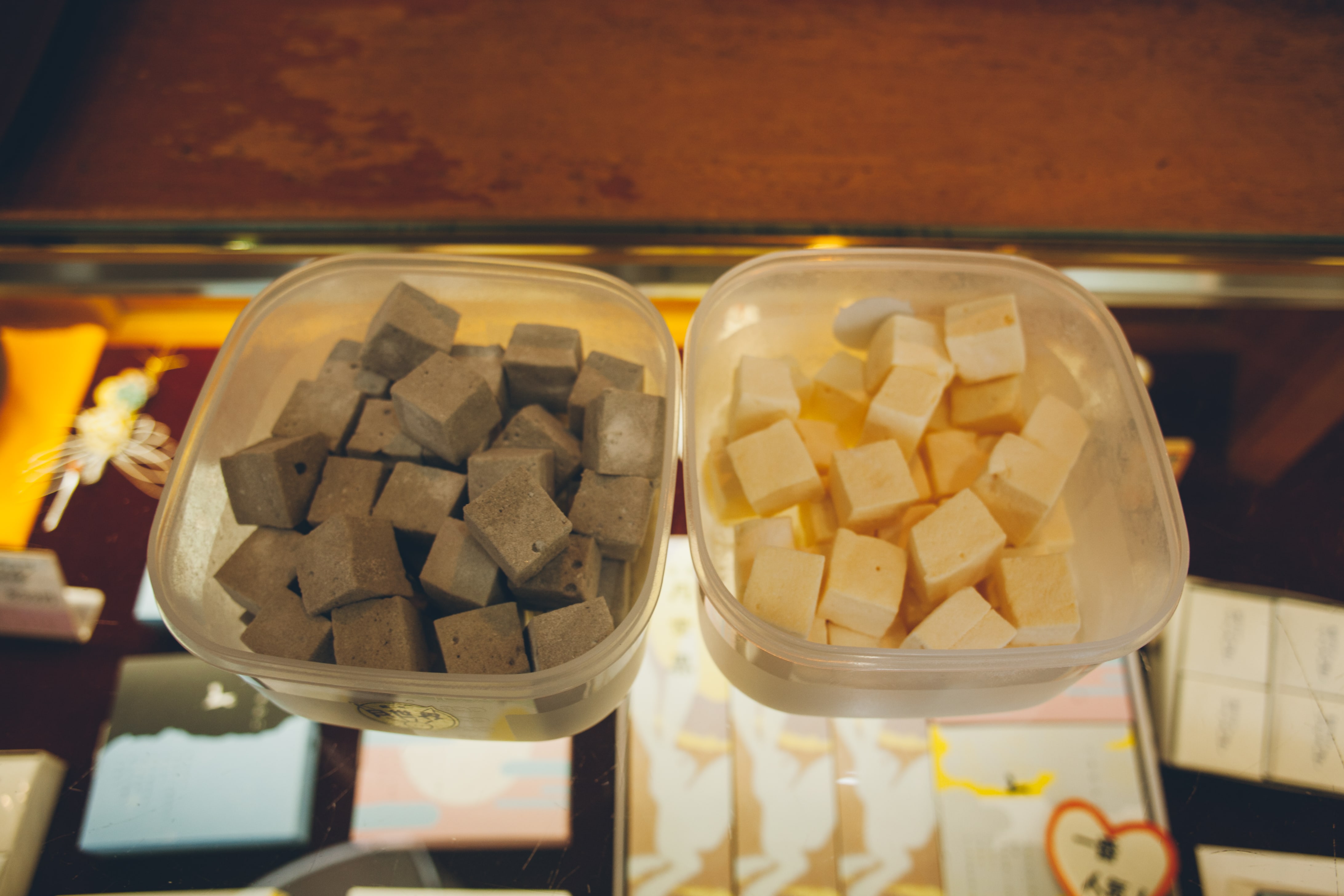 We returned to our barge that evening which had been transformed. We feasted on Toyama delicacies in the company of some of the shop owners we had had the pleasure to meet during the course of the day. This was all topped off with a visit to City Hall, designed to resemble a ship, where we peered out from its tower at the lights of Toyama below. 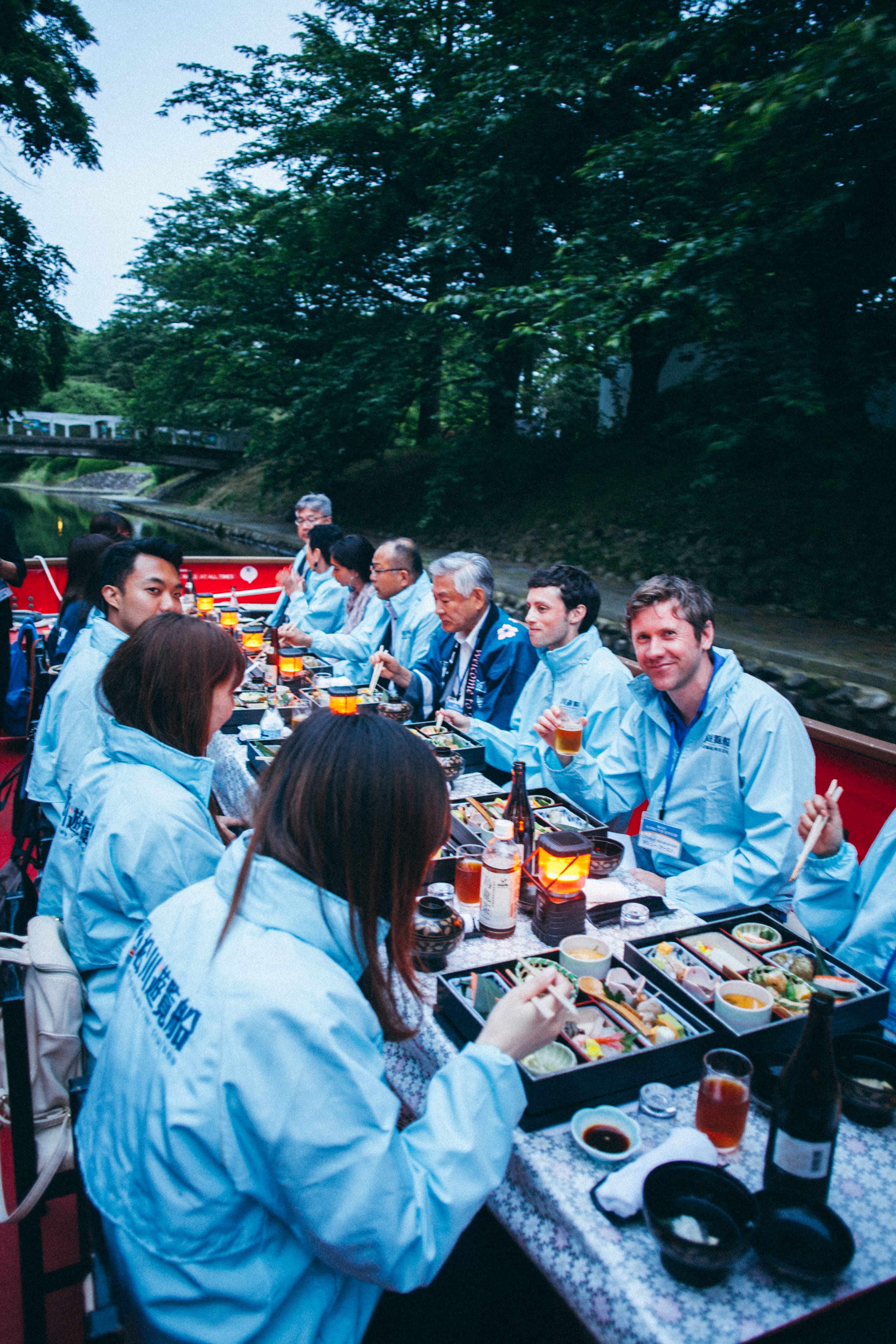 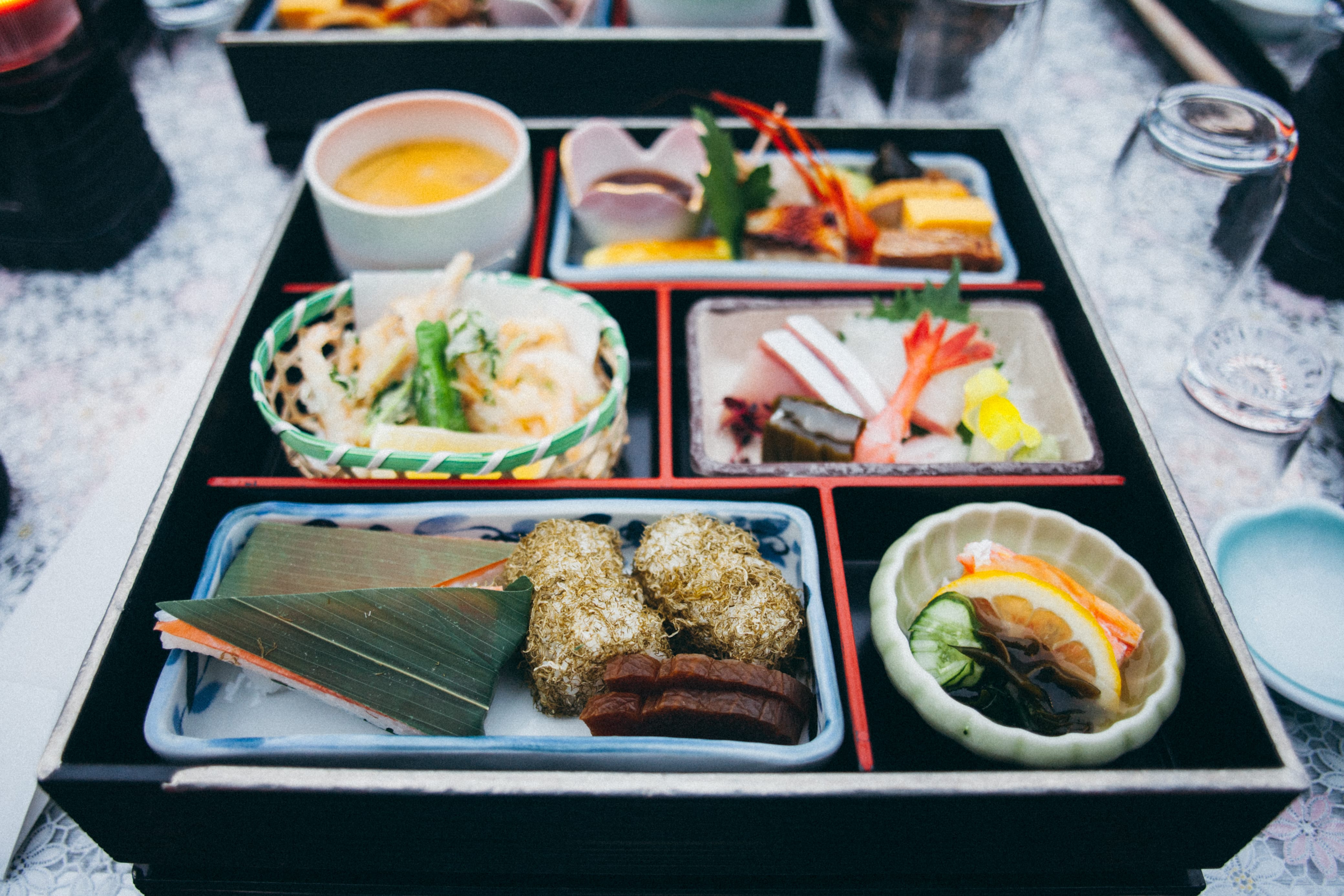 The next morning we took the bus through Toyama, and admiring once again its extraordinary mountainous backdrop. “We get used to it,” Mr. Nakamura remarked with a chuckle. Our first stop was Hie Shrine, a vibrant 14th-century Shinto Shrine not far from Toyama Castle.

Edging nearer to the ocean, we learned Toyama become quite specialized in its production of kamaboko, a kind of processed fish cake—that pinky-white staple of ramen noodles and bento boxes alike. We paid a visit to the factory of Umehama Kamaboko, where we discovered just how they fashion them into wonderfully artistic designs you see on special occasions: everything from flowers to Mt. Fuji and shinkansen! 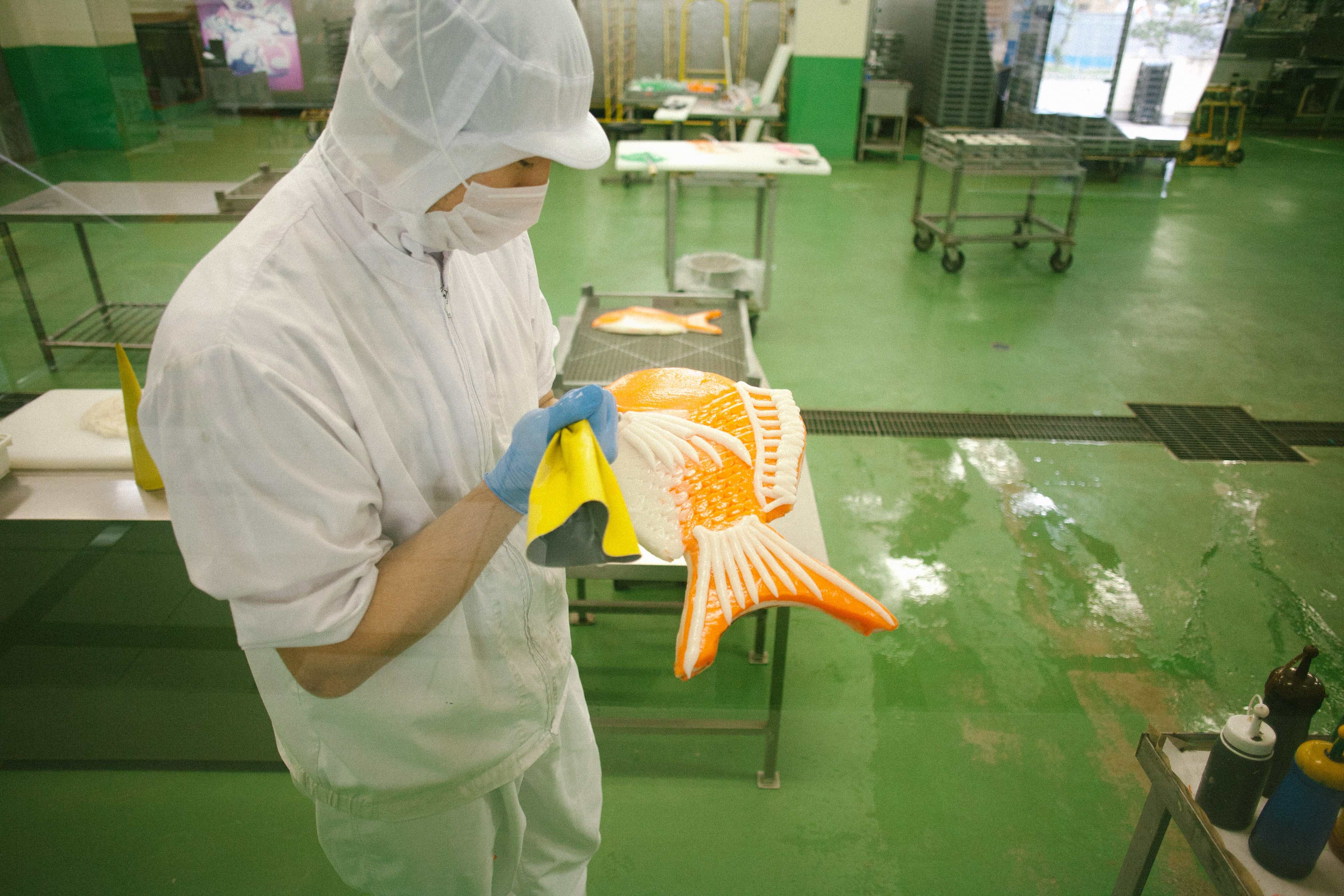 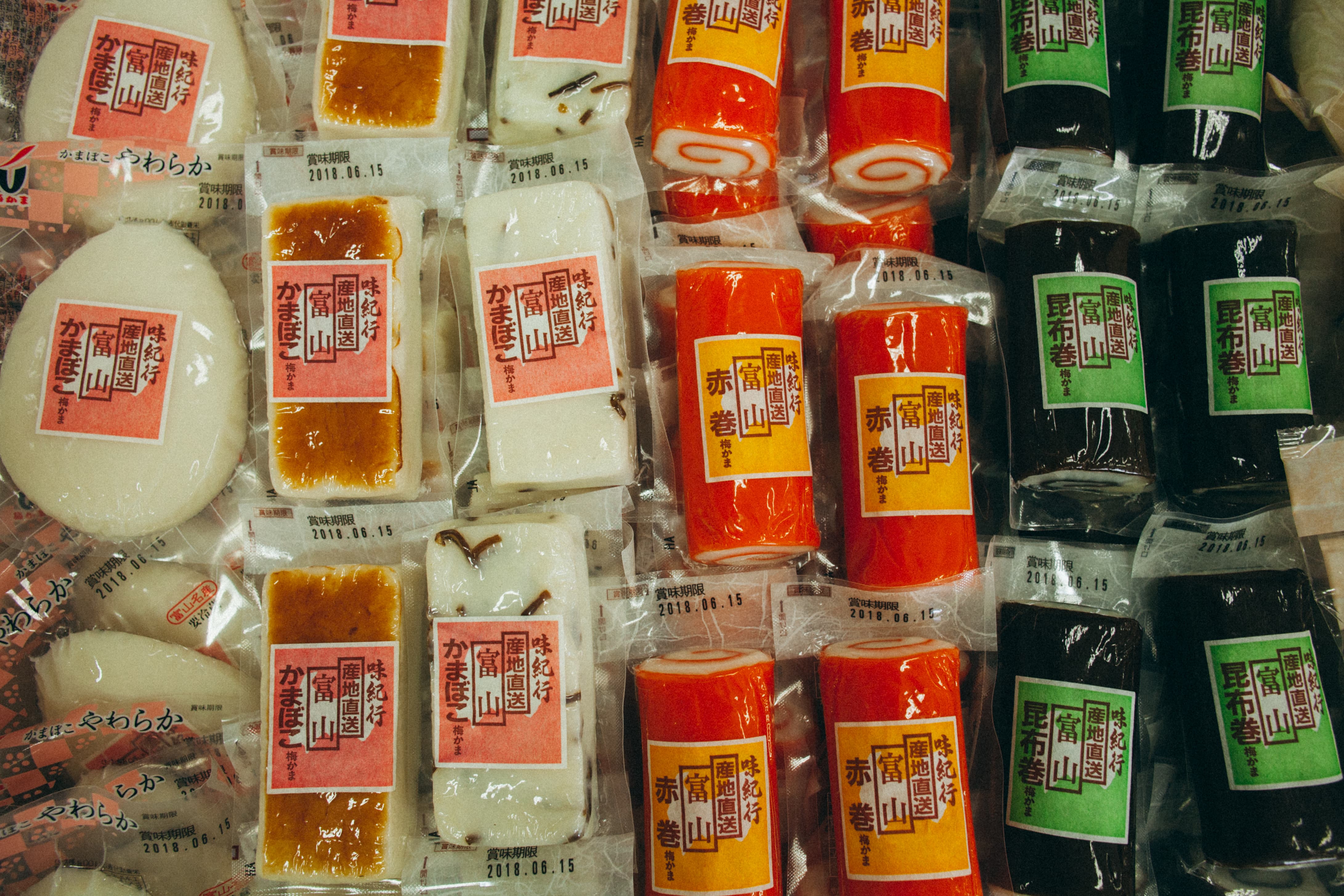 One of our final destinations on our trip was to a remarkable piece of architecture: Toyama Glass Art Museum, which is attached to the city’s public library. Contemporary works of glass from around the globe are on display here over its six floors, the highlight being the Glass Art Garden a large-scale installation of glass sculptures that resembled otherworldly flora and fauna. I might add that the café here makes a very pleasant rest stop, too. 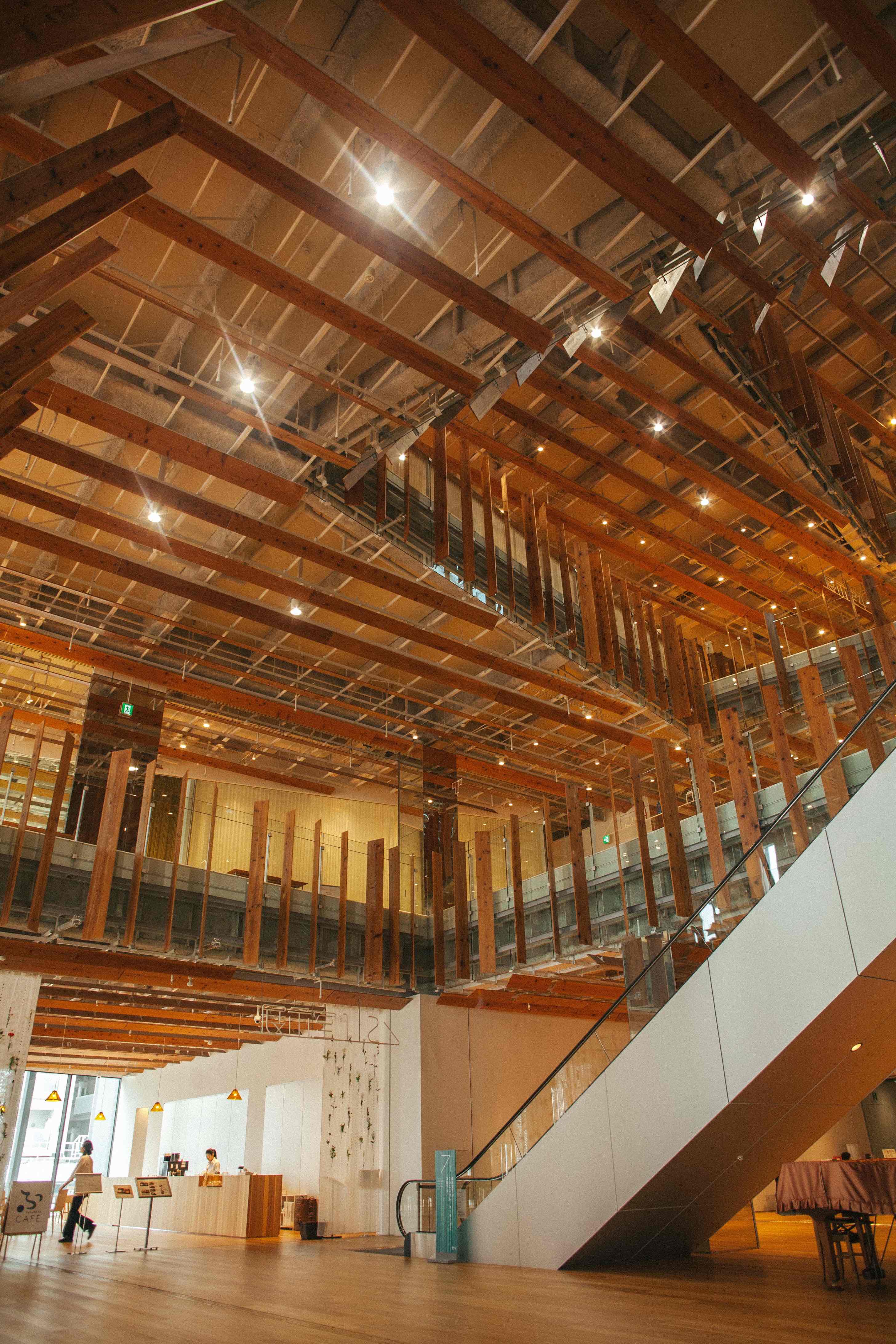 Over the two days that we spent in Toyama, we gained a good sense of the city that once was despite that it may at first glance look like predominantly urban sprawl: from the trams to the faithfully-restored castle, the pretty walking trails and the few traditional businesses. The appearance of the majestic Mt. Tateyama between buildings always seemed to take us by surprise, and its presence reminded us that the climate here once made Toyama impassable for many months of the year. Tomoko-san had told us how, as a child, she and her family would remain indoors for days at a time during the long, harsh winters as snow piled high. Now thanks the shinkansen, access to these parts has become easier than ever — there is no excuse to not venture away from familiar territory and dig a little deeper to find some real gems like Toyama in Japan!

Our thanks to Good Luck Toyama, Hotel Grand Terrace Toyama and Toyama Municipal Folk Museum (富山市郷土博物館) for hosting us. Check the site of Toyama Tourism for more information on how to plan your trip. Train timetables can be found at Hyperdia.