I came to Japan from the old country over twenty years ago with no intention of being an immigrant; I was just a traveler who stopped. Like age, immigrancy was upon me before I knew it.

I am the first generation of my family to visit Japan, let alone live here. My wife, who is Japanese, is about the 900th generation of her family to live here. Our children therefore are second generation immigrants and about 901st generation natives, which makes them thoroughly indigenous Nisei, and so extremely interesting in many respects. They are more Japanese than me, though less American, and less Japanese than my wife, though more American than her, and more international than either of us.

As for my own multiply grafted family tree, some of my great-great-grandparents were intentional immigrants from Ireland to their new country America, while other of my great-great-grandparents were scions of native Americans who had “immigrated” across the Aleutian chain from Asia 40,000 years and more ago, so maybe it was in my blood all the time to reconnect, and what I was really doing wasn’t traveling, as I’d thought in the narrow confines of one lifetime, but continuing in my turn the journey my ancestors set out on, that has continued since before the dawn and will go on beyond the sunset, the journey traveled on a per¬sonal scale, through each of our lives. This larger purpose was common knowledge 40,000 years ago, before there were visas. 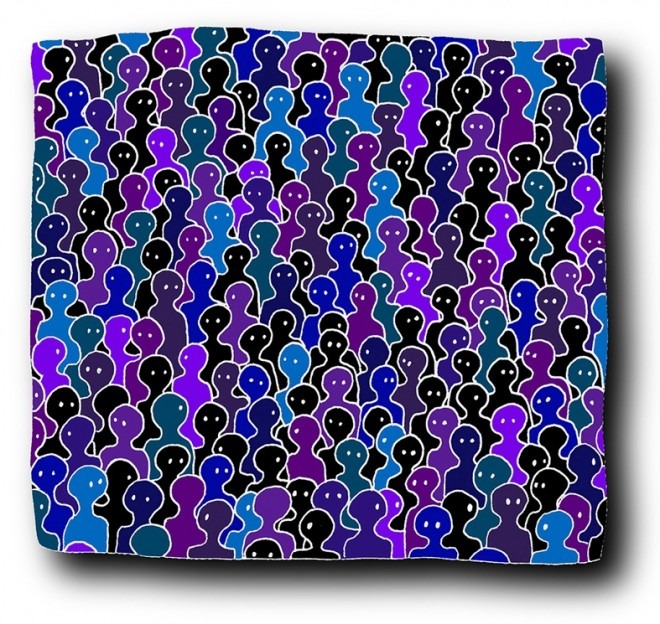 Needless to say, I am the most American person in my Japanese family. I speak my mind, just like that, nakedly right out there shockingly point-blank in front of everybody. I prefer good bread to good rice, though that balance has changed since I first became an alien. The edges of my native words, and of my native ways of thinking, are fading also, as my native country becomes more and more of an old country and the new exerts its influence on my being. My mental America is in fact becoming archaic, as I become more Japanese than I ever thought possible. Still, I speak best the language of the old country, and remember the old country with fondness when in Japan I sit out on my mind’s back porch. But of course that old country no longer exists except on the mind’s back porch, where all old countries are. Whenever I visit the country that’s America now, I feel perhaps more a foreigner than I do in Japan; I am surprisingly surprised to be treated as an American, as though that state were still and fully native to me. When I’m in America, I wear shoes very gingerly indoors and can’t take a bath with the soap in the water; people look me right in the eye as they talk to me; and everyone speaks English, which can be unsettling. But being foreign really doesn’t require another country; one can feel foreign just by changing neighborhoods, or growing old; my great grandmother, who was 16 when Lincoln was assassinated and who lived to hear of the atomic bomb, was about as foreign to the 1950’s as possible. For her, Elvis was from a non-parallel universe, much the way golden-haired Japanese rappers on roller skates are to me of the Elvis generation. I’m already a foreigner to teenagers of both my countries. I’m also more of a foreigner to who I used to be: I look at old photos of myself in the fully American days and remark how truly different was my ignorance then.

My children’s Japanese school friends look upon me, I imagine, much as I used to look upon my immigrant friends’ fathers back in New York when I was a kid: someone who looks and dresses and talks and acts — well, foreign.

As to the biological bottom line of all this, the geneticists assure us that the differences between the races are infinitessimal in genetic terms— skin color, hair, eye shape etc. collectively comprising no more than a quark of a wisp of a drop in the global ocean of the human genome. At that level, the difference between me and the Japanese is about the same as the difference between me and me. Cultures too are thought to reside in that ‘difference,’ when in fact they are mostly matters of time and place. To realize this is to learn what a heavy and useless burden is enmity.

My grandchildren will be sansei in Japan, unless one of my children or their children has children with someone of yet another nationality and so carries on that grand wandering that is native to the human family. Perhaps even, one day, my great grandchildren will emigrate back to my old country, and find themselves a new continent there. Or they may stay here, and astound their friends by telling them that their great-grandfather was, believe it or not, of all things, an American.