In September of 2019, before a multinational audience gathered for the International Council of Museums (ICOM) held in Kyoto, Dr. Anne Nishimura Morse urged her colleagues to consider an urgently-needed “succession plan” for the field of Japanese Arts professionals. Citing research by the U.S.-Japan Conference on Cultural and Educational Interchange, Morse warned that in 2020, over 75% of specialists in Japanese art would be at retirement age. She called on the museum community to focus on developing a new generation of curators in response to the impending exodus of experts from the field.

Morse, as the William and Helen Pounds Senior Curator of Japanese Art at the Museum of Fine Arts Boston, represents an American institution with a long partnership with Japan, including the conservation and exhibition of a vast collection of Japanese art. Assembled and donated in large part at the end of the 19th century, the museum’s collection of sculpture and painting is the largest of its kind outside of Japan. Morse has been awarded the Order of the Rising Sun, Gold Rays with Rosette by the Government of Japan for her work strengthening bilateral relations and mutual understanding between Japan and the United States.

Many of the notable Buddhist sculptures at the MFA Boston were acquired during a period of political tumult when Meiji-era policy forced the separation of Buddhist and Shinto imagery from formerly shared spaces of worship. This change disrupted many patronage structures in favor of a more “domestic” Shinto religion, forcing the sale of many Buddhist temple holdings. The early collectors helped the Japanese government document items which were relocated to the recently established MFA Boston. Today, preservation of this material is a top priority, with the majority of the large Buddhist icons under a massive conservation project, staged so that visitors can witness conservators’ works in progress.

I talked to Morse in her office at the MFA Boston, where we discussed the changes in museum culture taking place in America, her dialogue with counterparts in Japan, and the future for young curators entering the field of Japanese art. 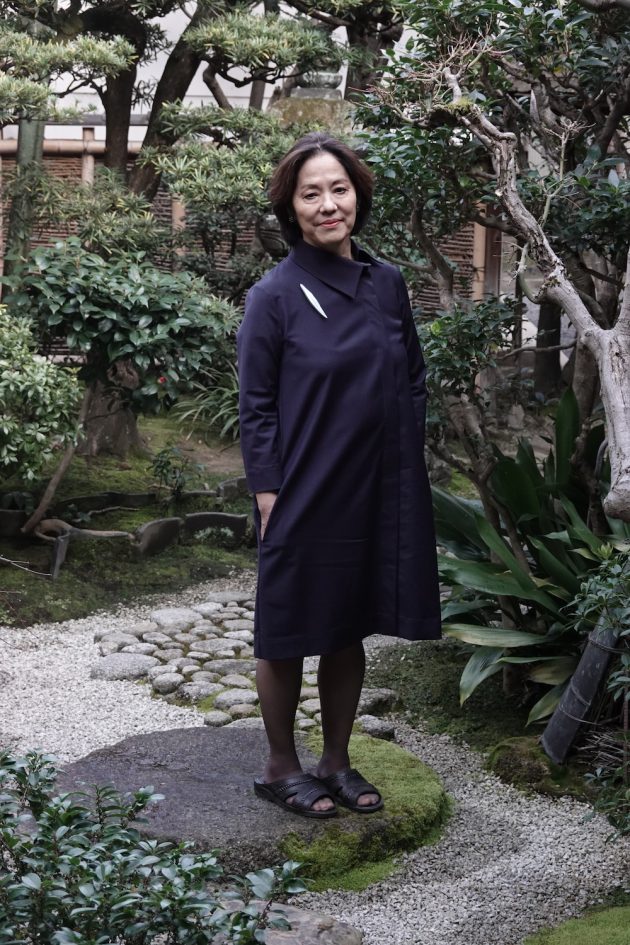 When did you first realize that the field of Japanese art curation was in such dire need of a “plan for succession”?

The realization took place around eight years ago when I was developing the two-year agenda for the Arts Dialogue Committee of the U.S.-Japan Conference on Cultural and Educational Interchange (CULCON), a binational advisory panel to the U.S. and Japanese governments.  I saw that while there were many established curators in our field who loved what they were doing, eventually there was going to be a major turnover of personnel, by 2020.

As I outlined in the ICOM presentation in September, we have lost so many people to retirement. For instance, the whole Japanese staff of the Freer/Sackler [Washington, DC] has changed within the last two years, with all three senior curators leaving. Our colleague at the British Museum retired at the end of December, and we recently lost colleagues at the Portland Art Museum and the Birmingham Museum of Art. Furthermore, the curator of Japanese art at the Philadelphia Museum of Art has just announced her imminent retirement. We are in a critical time for our field and the challenge is now to support the new people who are coming in.

How is the museum community dealing with these problems?

The really good news is that the graduate schools are producing students interested in museum careers. About 15 years ago there was concern about the number of graduate schools with active programs.  Fortunately, there has been a generation of scholars in their late 40s or early 50s who now have tenure and have reinvigorated the graduate programs.

One concern, particularly for training future curators, is that even academic museums have become so professionalized that students do not receive hands-on training anymore. Even some professors are not allowed to handle the objects. When I was an undergraduate and graduate student I was fortunate in having been given the opportunity to curate galleries at the Fogg Art Museum at Harvard University. That does not happen today.

The Japan Foundation has funded assistant curator and fellowship positions at the Freer/Sackler, the Portland Art Museum, the National Museums Scotland, and the Asian Art Museum in San Francisco. The Ishibashi Foundation has helped us here at the MFA Boston. These positions, I hope will now provide training opportunities for entering curators.

In Japan, specialties are very narrowly defined. We curators outside of Japan are not trained in that way and our museums do not operate that way—I cover everything from the Neolithic to the Contemporary. At the Museum of Fine Arts numerous Japanese scholars come to study our objects. I am insistent that in exchange for the time we devote to facilitating their research they spend an afternoon presenting what they have discovered to interested members of the museum and academic communities. Students then get more actual object experience and learn from specialists in different fields. It also helps the Japanese scholars understand what an American audience wants to know. It is a good two-way street.

What advice do you have for young curators looking to enter the field?

I do not think that it is possible to become a curator if you do not have a deep affection for objects and the ability to communicate your understanding of them, not just about the details but the larger context that has shaped them.  I encourage the young man who is our assistant curator to consider the concept for each exhibition and to ask, “What are we trying to convey to an audience?” and “How does that concept drive this project?”

The field of Japanese art has become so broad. I started as a Buddhist painting specialist, but I am now responsible for all Japanese art at the Museum of Fine Arts. Thus, it is essential to learn to partner with colleagues with different areas of expertise. I am never going to know as much about photography techniques nor the history of photography as my colleague in the photography department. But I work with her because she has that expertise. She does not read Japanese nor have any background in Japanese social history but through collaboration we can bring different points of view to the enterprise.

How have museums and the culture within the museum changed?

Museums have changed a lot in the last five years; they have developed strong political voices addressing issues of diversity and community.

Japan has so many museums but there are numerous issues such as globalism and cultural imperialism that they have not had to confront yet.  However, with the present emphasis on tourism in Japan, museum audiences are becoming more diverse and soon in Japan too there will be a need to present exhibits that do not assume a monolithic understanding of Japanese cultural history.

Have there been evolutions in the gendered aspects of the Japanese Arts community?

It is true of a lot of museums, not only in the Japanese context. There is a great deal of discussion within American museums of how the curatorial staff is now largely female but the leadership is not. But I am very hopeful that leadership is gradually changing. If you have so many women involved in an enterprise, it is only a matter of time.

In Japan, things are changing too. When I first started there were very few female curators. At the national museums, there was only one colleague. The reasons given for that situation were absolutely ludicrous. Now you go to museums and there are lots of women. But, again, there are very few women in leadership or administrative positions at Japanese museums. The Yokohama Museum is a notable exception.

Recently, there has been some concern about the ability of Japanese museums to support exhibitions of material with sensitive political meaning, especially with the closure of the “After Freedom of Expression” exhibition at the Aichi Triennale. How does this impact your community of Japanese Arts professionals outside of Japan?

I am not strictly working in modern and contemporary art, where a lot of these issues would come to the fore quickly. However, at the Museum of Fine Arts we organized an exhibition on the Tōhoku tsunami and the Fukushima nuclear disaster called “In the Wake:  Japanese Photographers Respond to 3.11.” We were told that in Japan no one would have been able to present such an exhibition. Fortunately, a Japanese publishing company took up our exhibition catalogue and translated it into Japanese.

I do think that in terms of what happened at Aichi, those of us in the arts must state outright that we do not condone that type of censorship. In addition, there are some ways that we can act more productively than others. People need to know what we stand for, but it doesn’t mean that we stop talking to those with whom we disagree. It is certainly not productive just to say we have the answer here and what you are doing is completely wrong. By having exhibitions here that comment on aspects of Japanese society we can begin to make our convictions known.

Despite the challenges to the field you seem fairly optimistic…

One of the greatest pleasures of my job right now is helping mentor the next generation of Japanese art historians, particularly young curators. I assume that my successors are going to be able to do things only better than I am doing at present. It is extremely exciting to see that I can pass on to a successor what may have taken me a long time to develop and have another generation carry that work forward.

The arts have played a very important role in diplomacy between Japan and the United States, and I have been honored to play even a small role in increasing understanding between the two countries. It is that kind of communication, and willingness to see that we are all building a field, that makes me excited for the future. 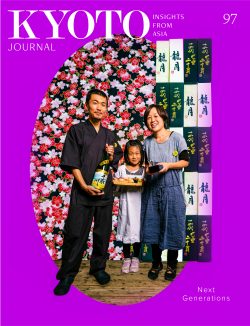