When we talk about family, we most often refer to family members such as a sister, or our parents, and hardly ever about the house in which we grew up. “Portraits of Eldest Sons” is a series of photographs addressing the relationship between young men and their family homes. Photographer Saito Hiroshi took indvidual portraits of himself and his friends—all young men aged around 20 or 21, and all eldest sons—in the rooms where their family butsudan, in-house Buddhist altars, are displayed.

All of these images were taken in Omi-hachiman, a long-established country town on the eastern shore of Lake Biwa (Shiga Prefecture), one that is known for its many old temples. In this region the butsudan is a common symbol both of religious faith and of family. As is often the case n such semi-rural areas, conservative attitudes towards famly and gender roles remain deeply rooted—the eldest son is still expected to take over the family home and to maintain the family altar for the next generation.

The butsudan itself is a work of art, decorated with miniature sculptures, set off with gold leaf, and black, red and gold lacquer; the neighboring town of Hikone remains a famous traditional traditional center of production. Illuminated by strobe flash, Saito’s photos reveal each altar’s magnificent yet solemn presence. Seated in front of them, each man wears his own choice of casual clothes. However, each appears somehow uncomfortable. Perhaps it is because this is a sacred space, where teh spirits of one’s ancestors are worshipped, and one is supposed to face the altar with deep respect—not sit with one’s back to it. The young men are surrounded by the main things that are inevitably placed in the vicinity of an altar: scroll paintings, ornaments in alcoves, family crests, calligraphic works, flower vases, and photos of their own ancestors—all family heirlooms and objects that evoke family identity and history.

These young men have just begun to seek their place in society by starting work or entering universities or technical schools after graduating from high school. Some stay on in their family homes, while others venture out on their own. They seem to have mixed feelings toward their houses, in relation to their personal lives and their social role as eldest sons. Some of them might think of this position as burdensome, or have some vague anxiety about it. While these feelings are essentially private, the altars and the objects around them are elements that these young men have in common. n this sense, “Portraits of Eldest Sons” is a work that concerns both gender and local community. 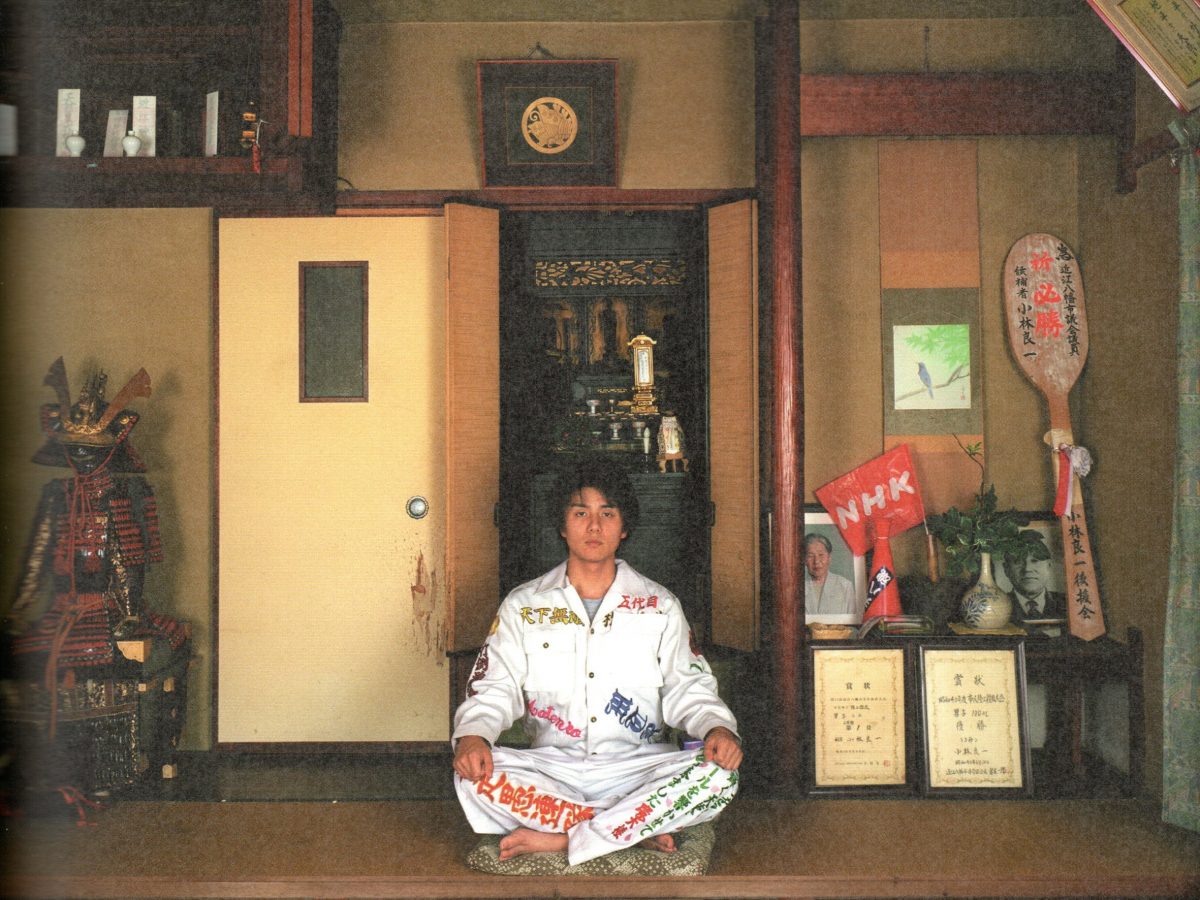 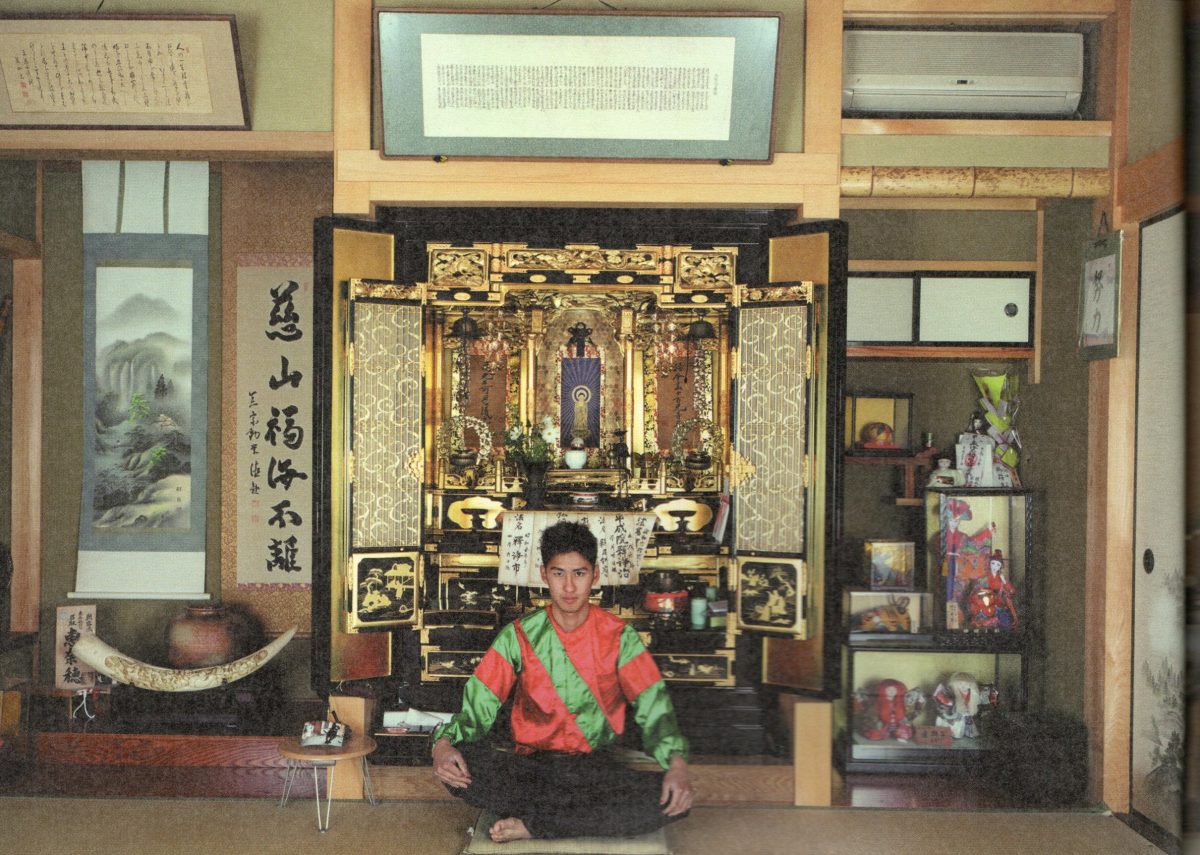 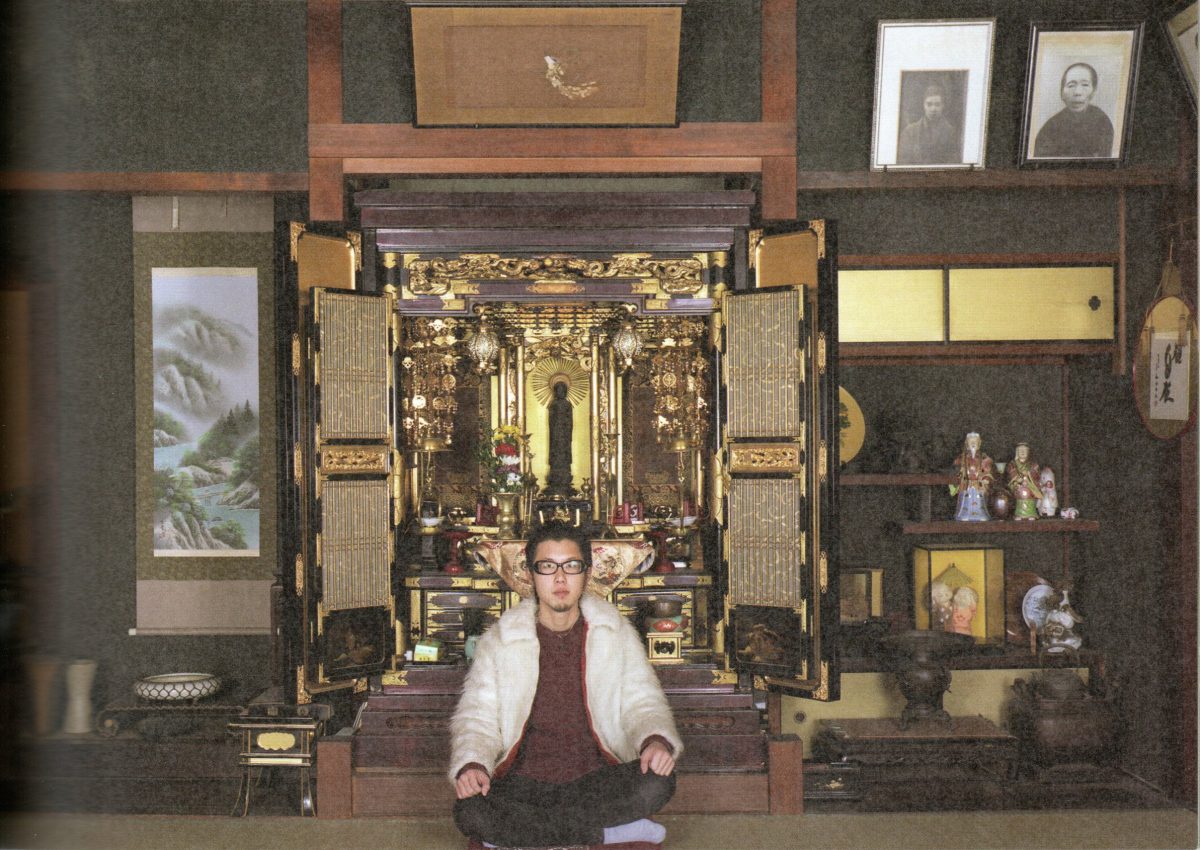