From Abacus to Zen: A Short History of Tuttle Publishing

What publishers choose to focus on can change how readers see the world. Over the last 70 years, anyone interested in Japan must have encountered more than a few books from Tuttle Publishing, and learned much from them. 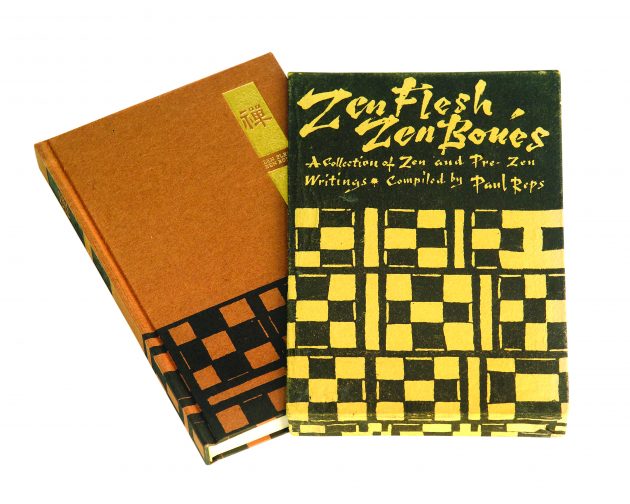 The Tuttle story stretches back to the printer Richard Tottel (1553-1593) of Fleet Street, London, who first published Thomas Moore’s Utopia, and compiled the first English poetry anthology, Songes and Sonettes. Also known as Tottel’s Miscellany, it included many poems by Lord Henry Howard, Earl of Surrey, who popularized the English sonnet.

The New World deeply fascinated for Elizabethan England; a few generations later, one of Tottel’s descendants crossed the Atlantic to America. The Tuttle publishing dynasty known today originated with George Albert Tuttle (1816-1885), who in 1832 established the printing house Tuttle Co. in Rutland, Vermont. In 1856 he purchased the weekly Rutland Herald, which became a daily newspaper when the Civil War began in 1861.

Charles E. Tuttle Jr. (1915-1993) studied history and literature at Harvard, working for a year in Columbia University’s Department of Rare Books before partnering in his father’s company. Pearl Harbor, December 1941, prompted his enlistment in the US army. Assigned to a chemical warfare unit, he island-hopped the Pacific to Japan, where as an Army captain in 1945 he joined the Civil Information and Education Section of General MacArthur’s GHQ in Tokyo, researching Japanese newspapers, magazines and radio. The section’s mission was “the dissemination of democratic ideals and principles,” advising on and implementing policies relating to “public information, education, religion, and other sociological and cultural problems of Japan.”

When his father died, in 1943, Charles Tuttle Jr. inherited the company, capably managed by Jane Wright during his absence. However, he soon saw ways to engage with post-war circumstances in Japan. Importing and popularizing American literature fitted with GHQ policy objectives, plus there was huge demand for books from home among US troops stationed in occupied Japan. Conversely, Charles could supply rare books from Japan to the American market. In addition, he realized the vast potential for books in English introducing unique aspects of Japan.

“I became interested in Japanese history and culture and was surprised at the lack of printed material. In the years immediately preceding World War II there were virtually no undergraduate courses in any American colleges devoted even in a small part to the history and culture of Asia. It seemed there was a need and a growing interest that would justify publishing in this field.” (Quoted in Book News, 1964).

Others in the book trade, unconvinced, predicted Tuttle’s “Books to Span the East and West” would not last even a year. Undeterred, returning to civilian life in 1948 he opened a Tokyo branch of Charles E. Tuttle Co., importing and exporting textbooks. To sell general imported American books, in 1949 he opened a store in the trendsetting Takashimaya department store in Nihonbashi, also distributing through Army post exchange (PX) stores.

In 1951 he married Reiko Chiba, and together they started publishing books on Asian (“Oriental”) topics; their first Japanese volume was Flower Arrangement Art of Japan. “How to” books on all aspects of the culture became bestsellers.

“We take for granted all the books on Japanese culture, flower arrangement, haiku poetry. But then there was nothing. It was unthinkable. There were no Japanese books on publishers’ lists. It was taboo,” Charles later recalled. He and Reiko spent five months on the road in 1958, personally introducing their rapidly expanding catalog to over 400 US bookstores. By that time, the Charles E. Tuttle Co. was also publishing translations, from American modern classics like Hemingway’s The Old Man and the Sea to Vance Packard’s tell-all critique of advertising, The Hidden Persuaders.

In 1964 Vermont Life reported that “the Rutland, Vermont and Tokyo imprint is to be found in bookstores across the American continent. There are agents and stocks of Tuttle books in London, Zurich, Amsterdam, Sydney, Auckland, Cape Town, Hong Kong, Singapore, Bangkok, Saigon, and Taiping, and Tuttle bookshops in Tokyo, Osaka, Kyoto, Kobe, Yokohama and Okinawa.”

Ranging beyond Japanese content, Tuttle books notably introduced Tibetan art, and the Hawaiian sport of surfing to America. A magazine profile at the time of Expo 70 lauded Tuttle’s establishment of “new and greater ties between all nations in an accelerated age when knowledge is the chief criterion of progress.”

Charles Tuttle remained based in Japan for 33 years. In 1983, he was awarded the Third Order of the Sacred Treasure by the Showa emperor, recognizing his “significant role… in the current flourishing of Japanese studies in the United States.” He passed on at the age of 78, in 1993. 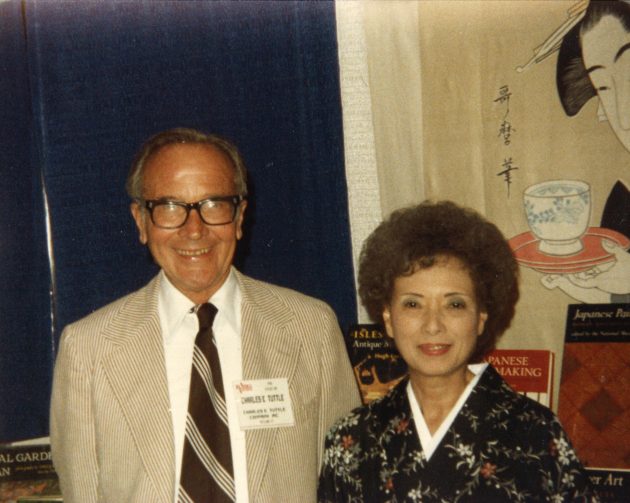 In 1996, Reiko sold the company to Charles’ second cousin, Eric Oey. Tuttle Publishing is now part of Oey’s Periplus Publishing Group, based in Singapore, with a second office in North Clarendon, Vermont. Singapore handles production, design, and international distribution; Vermont is responsible for editorial work and marketing over 200 new titles per year. Having recently marked its 70th year of production, and publication of over 6,000 English titles, Tuttle lists over 1,500 books in print; 1,900 Ebooks now also contribute to the wide diversity that continues “to span East and West.”

See some of our most recent reviews of Tuttle titles