Before I first came across Ketagalan Media several years ago, I had never given much thought to Taiwan’s democracy, its relationship with China, nor felt anxious about its decisions or place in the world. Enter Chieh-Ting, its  co-founder and editor-in-chief, who is deeply committed to making people think about Taiwan in new ways.

Chieh-Ting’s ability to make people listen is grounded in his fervour for Taiwan. Instrumental in the development of Taiwanese-American circles ever since college—most notably, as co-president for the Harvard Asia Law Society—he left his career as a corporate lawyer to head Ketagalan Media full-time barely a year into its establishment, a decision no one would have made without an unyielding resolve. Along with heading Ketagalan Media, he is actively involved in numerous information-sharing venues about Taiwan in the United States—from political campaigns, podcasts, to traditional news—and currently serves as Vice Chair on the board of the US-Taiwan policy incubator, Global Taiwan Institute. 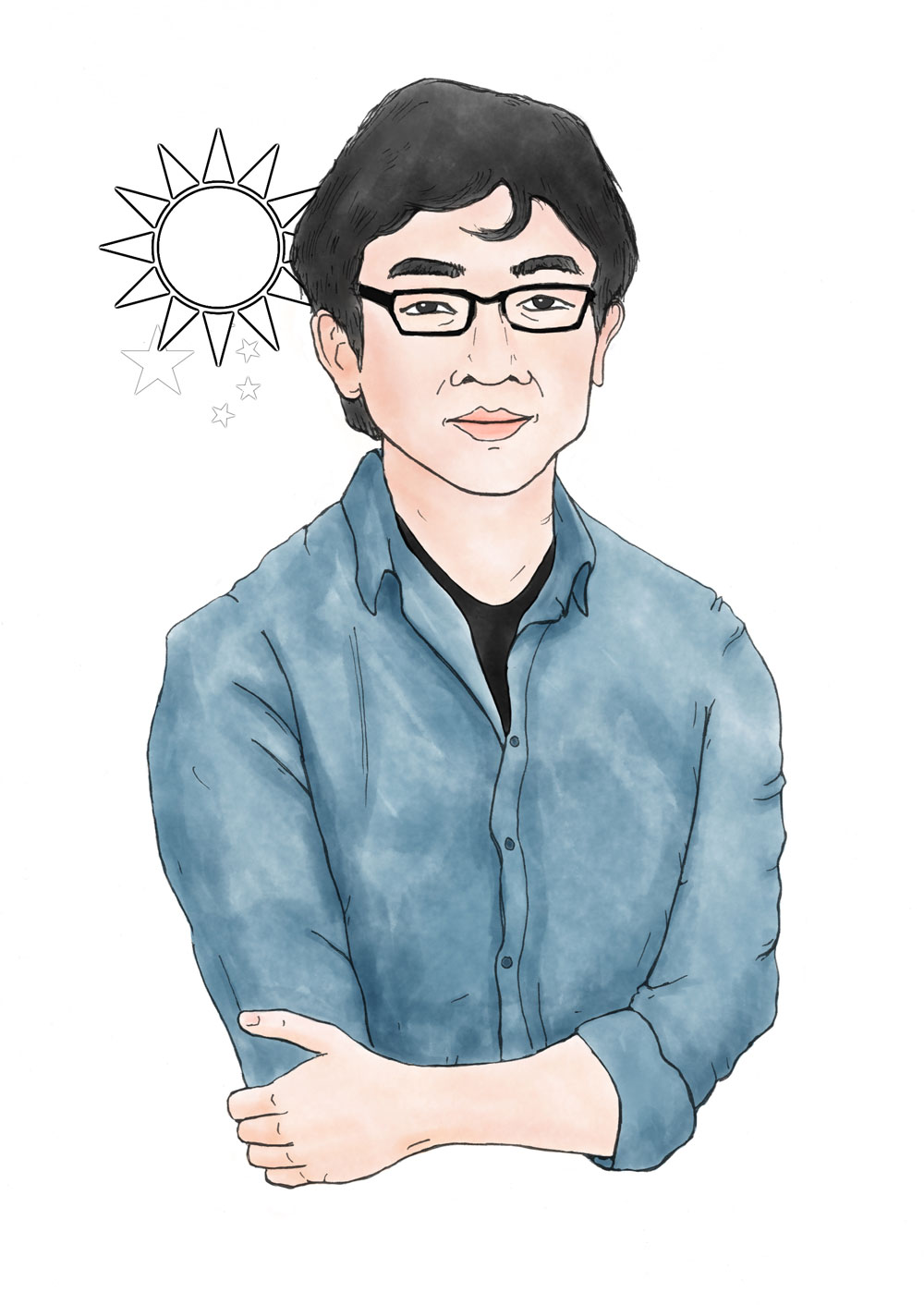 Before college, Chieh-Ting had little consciousness of the Taiwanese identity he so strongly cares about today.

“Until high school, I was very proud to be Chinese. I grew up in the eighties in Taiwan. Basically then, with the education [we] grew up with, you should grow up to be ‘tang tang zheng zheng de zhong guo ren (堂堂正正的中國人)’. You know, be a proud Chinese. Back then, at least, I really believed it.”

Taiwan’s harrowing martial law era under Chiang Kai-Shek and the China-centric Kuomintang (KMT) government officially ended in 1987, but it wasn’t until Chieh-Ting moved to New York at age ten that his sense of place and identity in regard to the country of his birth had a rude awakening.  He didn’t know he had spent his first five years under what was essentially a dictatorship.  He clearly remembers  the incredulous feeling he had in elementary school in New York as he gazed at the Chinese five-starred red flag for the first time. It was not the KMT flag he associated with his ‘China’ home.

“I didn’t know China was a [different] country. Until I left Taiwan. Well, I thought…we were China.”

While this sounds like grounds for an identity crisis, his is an optimistic story shared by many Taiwanese at the time. In the lead-up to the lifting of martial law in Taiwan, people’s attitudes were changing. Topics that were previously taboo were suddenly not unlawful to talk about. The growing need for civil liberties, and with it a new identity, swept throughout Taiwan. After thirty-eight years of the White Terror and iron-fisted rule under KMT-led armed forces, here was a second chance for a people to define themselves. And so Taiwanese identity gained prominence. According to the annual Zheng Da (政大) survey by National Chengchi University’s Election Study Center, the number of people identifying themselves as Taiwanese has tripled since 1992. This year, that number comprises 56.9% of Taiwan’s population; soaring over the 3.9% of Chinese-identifying participants, as it has done continually for almost three decades.

Young Chieh-Ting took this identity shift in stride. When I asked if he saw this twisting of national imagination as a personal affront; he gave me a surprisingly spritely answer.

“I was probably too young to understand what it was…I don’t know if anger is the right word, but I was just so excited to discover this new information. There’s all this stuff that I never learnt, and never knew about. But I want to know more. I want to learn more. And I want to share it with other people.”

Chieh-Ting found great satisfaction probing these holes in Taiwan’s national identity. Owing to his ties with his extended family and the Taiwan Presbyterian Church, he was able to maintain strong cultural ties with Taiwan, including his ability to speak the native Taiwanese language. But it was in the course of many late nights of feverish reading and learning, that he became deeply engaged in Taiwanese issues.

The answers he found were sometimes so unexpected, he wanted to share the same eye-opening experience with everyone. “Did you know America had plans to colonise Taiwan in the 1800’s?” he asked me..

This was how Ketagalan Media began—as three friends who met through the Intercollegiate Taiwanese American Students Association, “talking trash about Taiwanese politics.” After friend and Twitch co-founder, Kevin Lin, made the offhand comment that it would be nice to have someone tell him more about Taiwan, Chieh-Ting, together with co-founders Jonathan Lee and Timothy Suen, decided to record their conversations and distribute them to whoever cared to listen. And so, the media brand first came into being as a podcast channel. Ketagalan Media was named after the indigenous Ketagalan people, the original inhabitants of the area that is now the Taipei basin, and whose language has become extinct.

Its organic origin story aside, Ketagalan Media is now an online news platform for the English-speaking world, providing not only in-depth analyses of Taiwan’s political and economic climates, but also features on its culture and innovations. Ketagalan Media’s role isn’t simply to tell people what is happening, but to also explain why these stories are important—how they shape trends and movements between Taiwan and the rest of the world.

Coming into its sixth year, Ketagalan Media’s following is growing constantly. Most are from Taiwan and the US, but readers from Europe and the Middle East also frequent its news portal.

Ketagalan Media has done well in broadening its demographic. Its ground-breaking coverage of Taiwan’s marriage equality movement, including the landmark Constitutional ruling recognizing same-sex couples’ right to wed, gave the world a glimpse of a more diverse Taiwan. This also attracted readers and writers from the LGBTQI community to Ketagalan Media. Having readers associate the brand with diversity and acceptance is something Chieh-Ting is continually working towards.

He also emphasises diversity when it comes to his group of writers, who come from various backgrounds, not necessarily from journalism. Taking passion, expertise, and credibility seriously, he encourages writers to cover topics they care about and know well. Because he allows for creative freedom and is open to content that most mainstream media outlets would not generally accept, Ketagalan Media has become known as a platform for up-and-coming writers, scholars and commentators.

“If we can play a role that’s meaningful, it would be to be ahead of the mainstream in terms of ideas and content and commentary, but also in terms of finding new talent, and then, you know, hopefully mentoring them and training them.”

“We’re kind of more avant-garde and more experimental than mainstream media. And if we could do that well, I would find that very comforting.”

Whether this gives Ketagalan Media an edge over other English news organizations reporting about Taiwan, Chieh-Ting is reluctant to comment. He cultivates the notion that the very small group of people in this line of work have the same strong sense about promoting Taiwan. After all, “it’s not really a profitable market, and we’re all trying to do the same thing,” he says.

Chieh-Ting’s empathy comes from his own knowledge of how big a project it is to talk about Taiwan. His passion has garnered him supporters rather than competitors. The network of people he has built up over the years, including the people who have worked on Ketagalan Media in the past, is what he is most proud of.

“Personally, I want to be better at playing the roles of coordinator, editor and mentor. I want to focus on growing the group of journalists, writers, commentators, and editors who understand Taiwan, and understand how best to talk about Taiwan.”

Home is never too far away

This is what makes Chieh-Ting happy: working with creative people to solve a problem for the sake of a large number of people. When he has down time, he says he’s happiest eating takeout while watching cooking shows, although photos of homemade Taiwanese dishes splashed across his social media tell a different story.

Dinner takes place at his home in San Francisco, with his wife, Gail, and their daughter, Victoria. He has found his happy medium, supporting Taiwan from far away.

His young family is not the only reason that Chieh-Ting has no concrete plans to move back to Taiwan. He feels it’s important to talk about Taiwan to people outside of Taiwan and believes he can do this best from where he is:

Not one to shy away from commenting with this different perspective, Chieh-Ting and Ketagalan Media have been heavily criticized, which is sometimes hard to not take personally. “No one is more critical of your project than yourself,” he admits. But as with everything else, he seems to take it all in stride, adding that knowing what people think is crucial. “Everyone has blind spots, especially if you have been working on the same thing for too long.”​

It’s easy to assume that Chieh-Ting would be cynical about Taiwan’s future. But despite the many challenges he’s faced during the years he’s worked to support Taiwan, Chieh-Ting is cautiously hopeful, a fact that only further accentuates his affection for the small island he still calls home.

“I remember  a conversation I had with another Taiwanese American friend once, in the backstreets of Dadaocheng at dusk—the color of the sky, the smells and sounds around us. The whole group of us were all seriously pondering the future of this accidental but indispensable island. She said, ‘Taiwan is a magical place.’ I had to agree.” 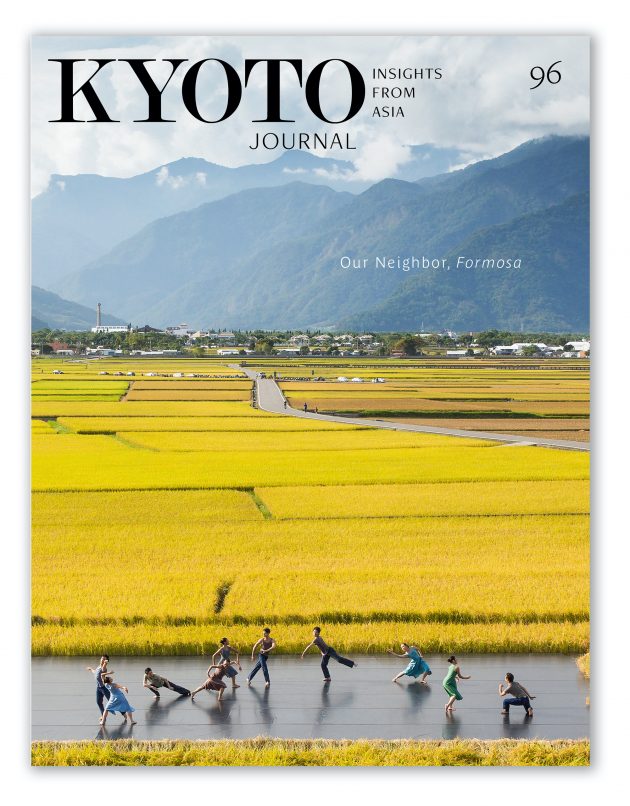 Quyen Tran is an Australian journalist and Taiwanphile. Having lived in Taiwan herself, she has been actively promoting her second home since 2016, writing articles for the likes of Taiwan Tourism Bureau as well as her own blog, ‘G’day Taiwan.’ Eating local food and chatting to shop owners are among her pasttmes and from where she draws most inspiration.