If Kaneko Jun hadn’t been a rebellious lad who refused to attend high school in Nagoya he might not have become one of the leading ceramic artists in the world today. In 1963 kind Muses led him to California where he discovered himself through clay and colors. 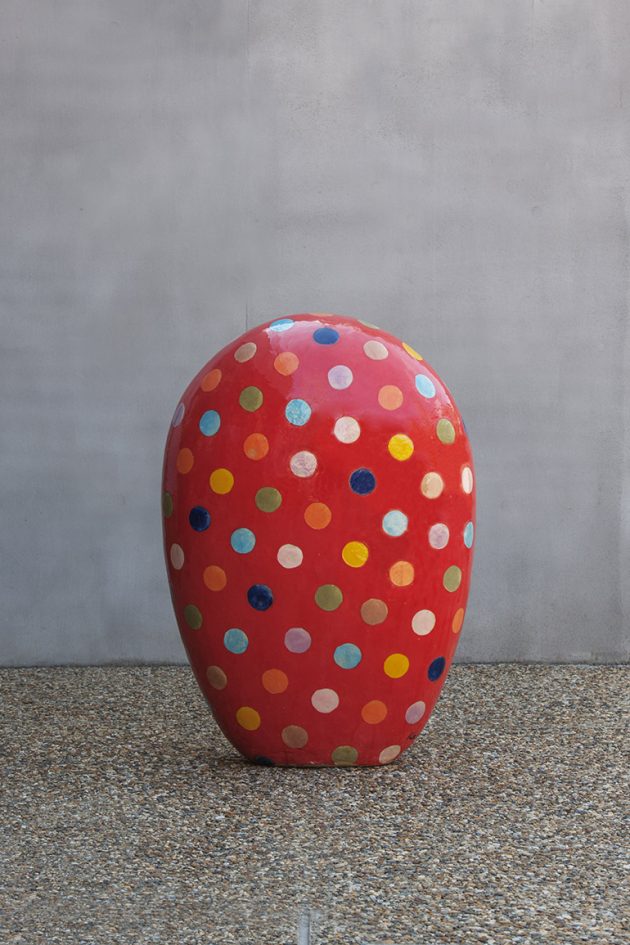 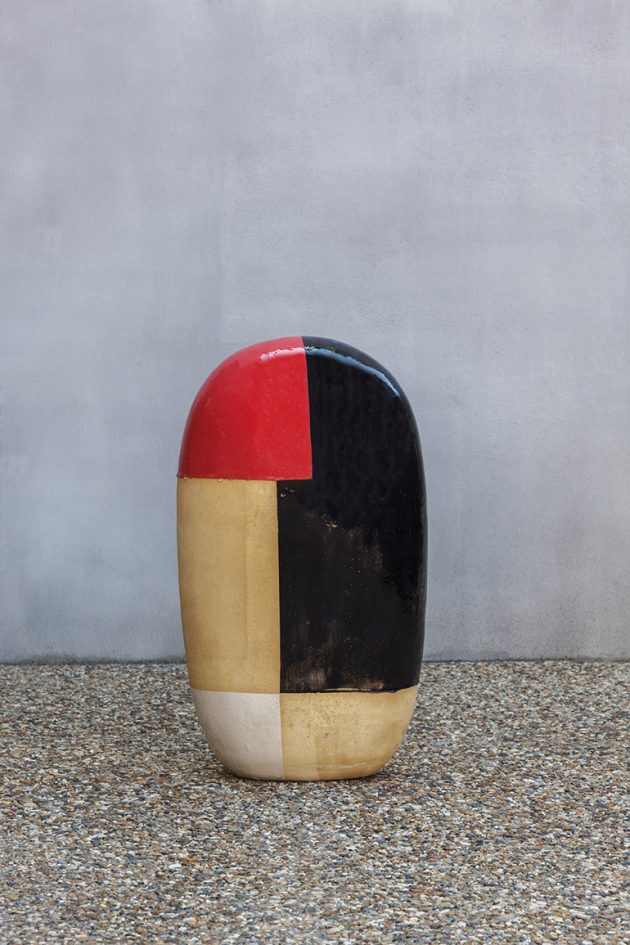 Kaneko’s works are displayed in museums and important collections the world over—and are usually of large scale, so his first show in Kyoto since the 1970s is important in that all the pieces shown at Gallery Sokyo are of a much smaller scale than he usually works in, and all of them were made with the gallery’s space in mind. As he told me recently, “I always try to collaborate with space as much as I can, for the work is as important as the space it’s shown in; the piece doesn’t exist by itself. A good piece can look pretty bad, depending on the space and how you arrange it.” His comment reminded me of Wallace Stevens’ poem “Anecdote of the Jar,” in which he says,

I placed a jar in Tennessee,
And round it was,
Upon a hill.
It made the slovenly wilderness
Surround that hill.

For this Kyoto exhibition Kaneko succeeded brilliantly in bringing engaging forms of multi-colored works to the compact space of Sokyo. Each piece was like an actor in its respective ‘scene,’ among the multi-roomed and variously lit portals. Kaneko’s forms and color scheme are very much in the vein of the ancient Japanese aesthetic term basara (婆娑羅). Contrasting greatly with the much better-known terms of wabi-sabi, jimi and shibui—which have an underlying Zen Buddhist restraint and quietness—basara refers to ostentatiously showy colors and odd forms. 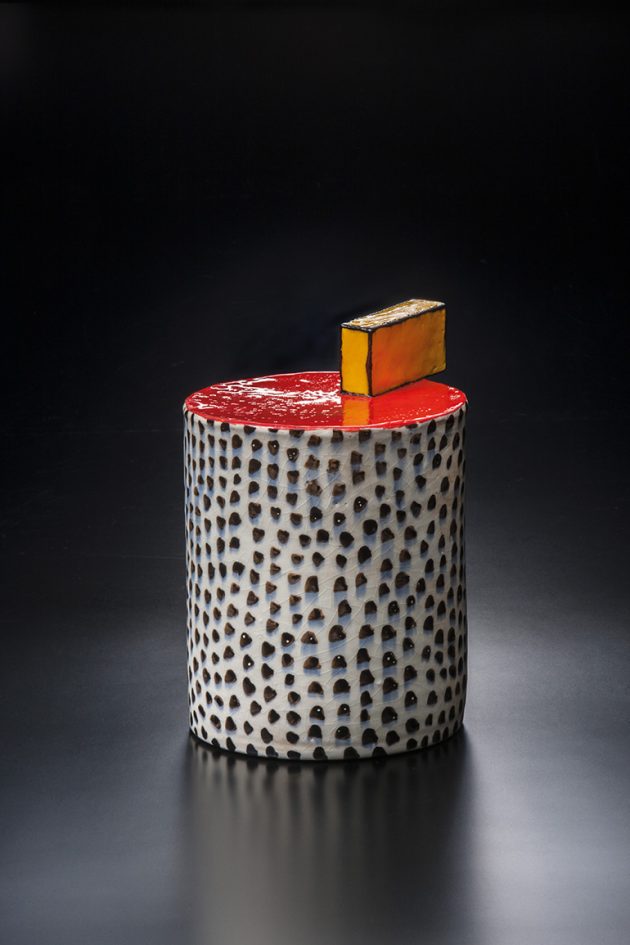 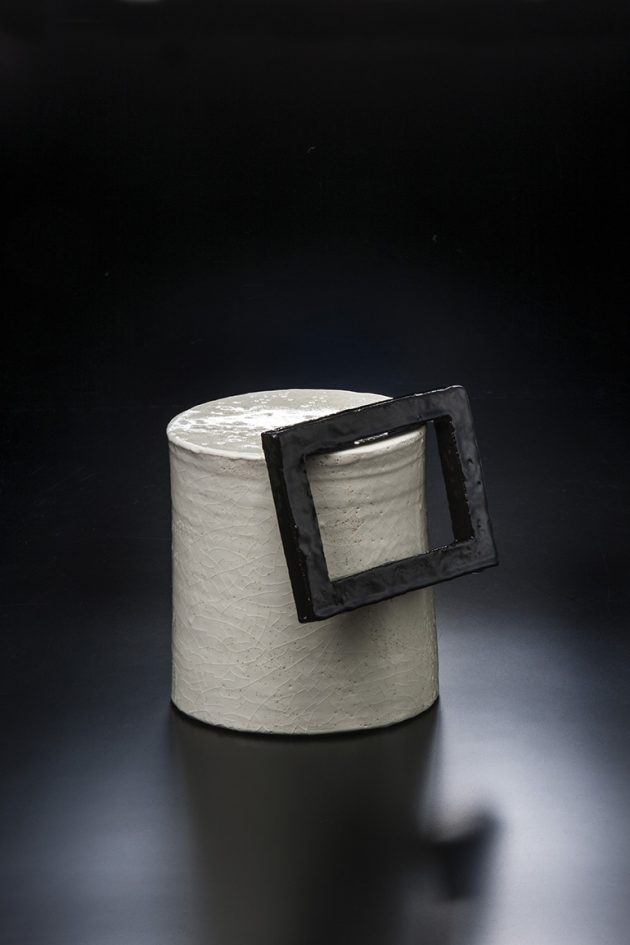 Kaneko further remarked that creating the works after visiting the gallery last year was ‘an interesting challenge,’ similar to the sets and costumes that he’s created for stage dramas. “The challenge to create such smaller works takes the same amount of creative energy regardless of the size of the piece,” he noted as he glanced around at the works, many of which could be picked up by hand, despite being super-heavy.

Taking ceramic art into sculptural-pictorial realms, Kaneko Jun is an artist who straddles cultures and in a sense transforms them with his borderless art. It’s not really Japanese and it’s not really American, it’s the unique vision of this Renaissance artist who found his voice by leaving his home shores decades ago. The walls of traditional schools could not hold him back. Rebellion worked, this time.