Language, in the Occident, has been popularly described as that by which humans bring order to the “chaos of the world.” In this view, human intelligence flowers through the supposedly unique faculty of language, and imposes a net of categories on an untidy universe. The more objective and rational the language, it was thought, the more accurate this undertaking would be. Thus language was considered — by some — to be a flawed mathematics, and the idea has been flirted with that mathematics might even supplant language. This view still survives in the commonplace thinking of many engineer types and possibly some mathematicians and scientists.

The world — ordered according to its own mode — (indeed a sort of chaos) appears to be so complex and vast in scale that it remains forever unpredictable. The weather for hoary example. Then take human mind: in spite of years of personal identity, we remain unpredictable to our own selves: often we cannot even guess what our very next thought will be. But that clearly does not mean we are living in hopeless disorder, only in a realm in which many patterns remain mysterious or inaccessible to us. We can certainly say that the natural world (which includes human languages) is mannerly, shapely, coherent, and patterned according to its own devices. The four thousand or so languages of the world model reality each in their own way (following Whorfian theories of the deep effects of each language on world-view) — with patterns and syntaxes that were not invented or created by anyone — organically evolved wild systems whose complexity eludes the descriptive attempts of the rational mind.

“Wild” alludes to a process of self-organization that generates systems and organisms, all of which are within the constraints of— and constitute components of— larger systems which again are wild, such as major ecosystems, or the water-cycle in the biosphere. Wildness can be said to be the essential nature of nature. As reflected in consciousness it can be seen as a kind of open awareness — full of imagination but also the source of alert survival intelligence. The workings of the human mind at its very best reflect this essential wildness. I have gone into this in more detail in the essays in my book The Practice of the Wild. 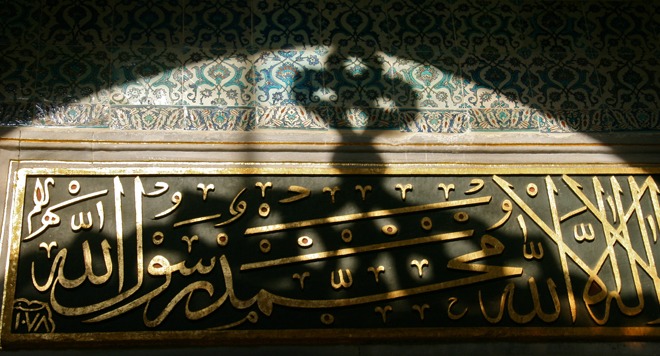 Language goes two ways: it enables us to have a small window onto an independently existing world, but it also shapes — via its very structures and vocabularies — how we see that world. It may be argued that what language does to our seeing of reality is restrictive, narrowing, limiting, and possibly misleading. This is so. “The menu is not the meal.” But rather than dismiss language and to vaguely speak of Unsayable Truths, we must turn right back into language. The way to see with language, to be free with it and to find it a vehicle of self-transcending insight, is to know mind and language both extremely well, and to play with their many possibilities without any special attachment. In doing this, a language yields up surprises and angles that amaze us. Creativity is not something from outside that a poet brings to language, but is a function of a double sort of reading — a hidden or unnoticed pattern in the world is brought forth from deeps of language.

Natural Language: the vernacular has many striking, clear, specific usages and figures of speech that come through (traditionally) in riddles, proverbs, stories and such — and nowadays in jokes, raps, wildly fluid slang and constant experiment with playful expressions — the dozens, the snaps. Children on the playground chant rhymes, and enjoy fooling with language. Maybe some people are born with a talent for language, just as some people are born with a talent for math or music. Some natural geniuses go beyond being street singers, mythographers, and raconteurs to become fully engaged poets and writers of multicultural America.

Creativity is a matter of seeing afresh what is already there and reading its implications and omens. There are poems, novels, and paintings that roll onward through history, perennially re-defining our places in the cosmos, that were initiated by such seeing. But creativity is not a unique, singular, god-like act of “making something.” It is born of being deeply immersed in what is — and then seeing the overlooked connections, tensions, resonances, shadows, reversals, retellings. What comes forth is “new.”

“Good language usage” was an idea that used to be based on the perceived utility of the speech of people of power and position — whose standard language was that of the capital — London or Washington — and the social and economic advantages that accrue to its use. Garden-variety ideas of Good Writing are drawn from models in literature and high artistic culture. A third category involves a technical sort of writing that is mainly concerned with clarity and organization and is rightly perceived as an essential element in the toolkit of a person hoping for success in the modern world. This last sort of writing is intrinsically boring, but it has the usefulness of a tractor which will go straight and steady up one row and down another. Like a tractor, it is expected to produce a yield: scholarly essays and dissertations, grant proposals, charges or counter-charges, final reports, long-range scenarios, strategic plans.

Really Good Writing comes to those who have learned, mastered and passed through conventional good usage, good writing, and then loop back to the enjoyment and unencumbered playfulness of Natural Language. Good Writing is like a garden that is producing exactly what you want, by virtue of lots of weeding and cultivating. What you get is what you plant, like a row of beans. Really good writing is both inside and outside the garden fence. It can be a few beans, but also some wild poppies, vetches, mariposa lilies, ceanothus, and some juncoes and yellowjackets thrown in. It is more diverse, more interesting, more unpredictable, and engages with a much broader, deeper kind of intelligence. Its connection to the wildness of language and imagination is what helps give it power. 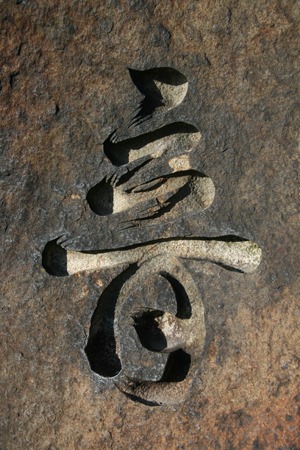 This is what Thoreau meant by the term “Tawny Grammar” — as he wrote (in the essay “Walking”) of “this vast, savage, howling mother of ours, Nature, lying all around, with such beauty, and such affection for her children, as the leopard; and yet we are so early weaned from her breast to society” . . . “The Spaniards have a good term to express this wild and dusky knowledge, Gramatica par da, tawny grammar, a kind of mother-wit derived from that same leopard to which I have referred.” The grammar of not only language, but that of culture and civilization itself, comes from this vast mother of ours, Nature. “Savage and howling” is another way of saying “graceful dancer” and “fine writer.” (Another linguist friend once commented “Language is like a Mother Nature of feeling, it’s so powerfully ordered there’s room to be 99% wild.”)

We can and must teach our young people the expected standard writing procedures, as part of preparation for the demands of the information economy. Those young learners with charming naive writing talents may suffer from the destructive effect of this discipline, because they will be brought to doubt their own ear and wit. They need to be told that their deeply rooted personal language and heart and imagination will survive. They can take a deep breath and leap into formalities and rules, learn the game, and still come “home again.” If they don’t, they weren’t meant to. We must continually remind people that language and its powers are far vaster than the territory deemed “proper usage” at any given time and place, and that there have always been geniuses of language who wrote without formal education.

When we are in the act of playful writing, the mind’s eye is roaming, seeing sights and scenes, re-living events, hearing and dreaming at the same time. The mind may be re-living a past moment entirely in that moment, so that it is hard to say if the mind is in the past or in some other present. We move mentally as in a great landscape, and return from it with a few bones, nuts, or drupes, which we keep as language. Words are a part of our mind, and woven into the seeing, feeling, touching, and dreaming of the whole mind as much as in some specific “language-center.” Full of the senses, as —

Sabrina fair
Listen where thou art sitting,
Under the glassy, cool, translucent wave,
In twisted braids of lilies knitting
The loose train of thy amber-dropping hair;
Listen for dear honor’s sake,
Goddess of the silver lake,
Listen and save.

(a song in Milton’s Comus). Chill clarity, fluid goddess, silvery waves and silvery flowers.
The barely visible traces of the world are to be trusted. We do not need to organize so-called chaos. Discipline and freedom are not opposed to each other. We are made free by the training that enables us to master necessity, and we are made disciplined by our free choice to undertake mastery. We go beyond being a “master” of a situation by becoming a friend of “necessity” and thus — as Camus would have put it — neither victim nor executioner. Just a person playing in the field of the world.