The Japanese word ‘shokunin’ is often translated as ‘artisan’ in English. Although it isn’t incorrect by definition, the translation seems to lose the spirit of what a shokunin does. I’m reminded of this every time I explain the works and lives of shokunin to an overseas audience, which happens to be what I do for a living. The word shokunin in colloquial Japanese has a broad definition, but who really qualifies as a shokunin is often debated—even among shokunin themselves.

Of course, there is wide variety among shokunin. In rural Japan, anonymous shokunin’s lives revolve around the changing seasons and what nature provides at different times. Sōetsu Yanagi would have called this kind of utilitarian folk craft mingei. Many shokunin collect materials from their surrounding environment while working as farmers in the summer. During winter when snow covers their fields, they do their work as shokunin. 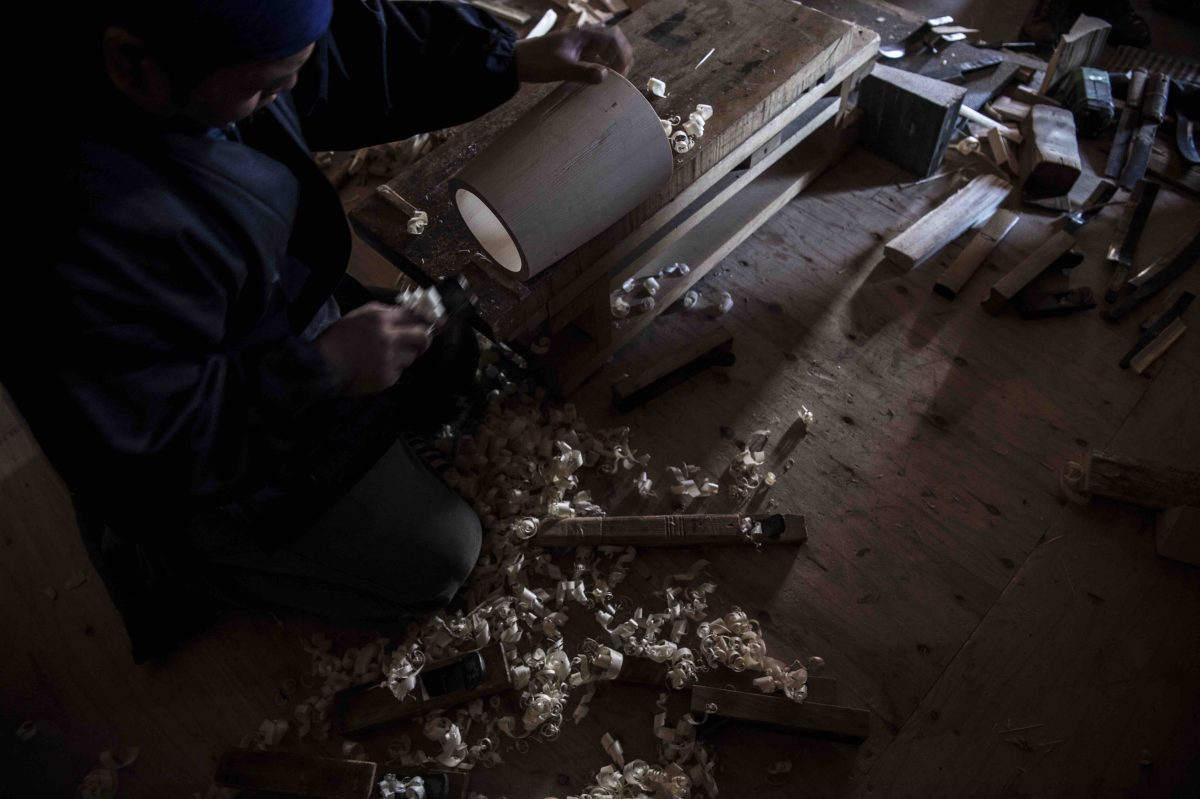 At the studio of Nakagawa Shuji ©Yuya Hoshino

In contrast to Yanagi’s vision of anonymous folk crafts, some shokunin’s names are known and associated with prized works. These shokunin often make a one-of-a-kind product that is highly appreciated for its sophisticated aesthetics. The Raku family, creators of hand-moulded tea bowls, are an early example known since the 16th century, followed by many modern shokunin who are recognized today.

Some highly specialized shokunin work only on a single stage of the production process. Top-coat shokunin for urushi lacquerware or template shokunin who design complex kimono weaving patterns devote their entire life to fulfilling their responsibilities as team members. Some work together with others, such as joinery carpenters, devoted to traditional shrine architecture.

With the profession of shokunin manifested in so many diverse ways, what are the commonalities between them? What makes their work fundamentally different from simply artisanal work?

I have never been interested in simply defining what a shokunin is. I believe the complexity of the shokunin spirit exists beyond the confines of an occupation. By drawing boundaries and defining who qualifies as a shokunin, we may be limiting our understanding of the ways in which such spirit is manifested in this world.

An opportunity to explore these thoughts came to me through an exhibition at Portland Japanese Garden that I co-curated with Diane Durston, who, coincidentally, was also one of the writers in Kyoto Journal’s first issue. The title of our exhibition was: Shokunin—Five Kyoto Artisans Look to the Future. During preparations, I had long discussions with the five shokunin, who shared similar feelings towards the need to explore such spirit. Through our discussions, we tried to identify some of the unique elements of a shokunin’s life and mentality that are manifested in their work.

One who is obedient to nature receives the blessings of nature. When the craft lacks this inevitability, so does it lack strength and beauty. Rich qualities seen in folk craft are gifts from nature. When we see the beauty in them, we hear nature speak. ―Sōetsu Yanagi 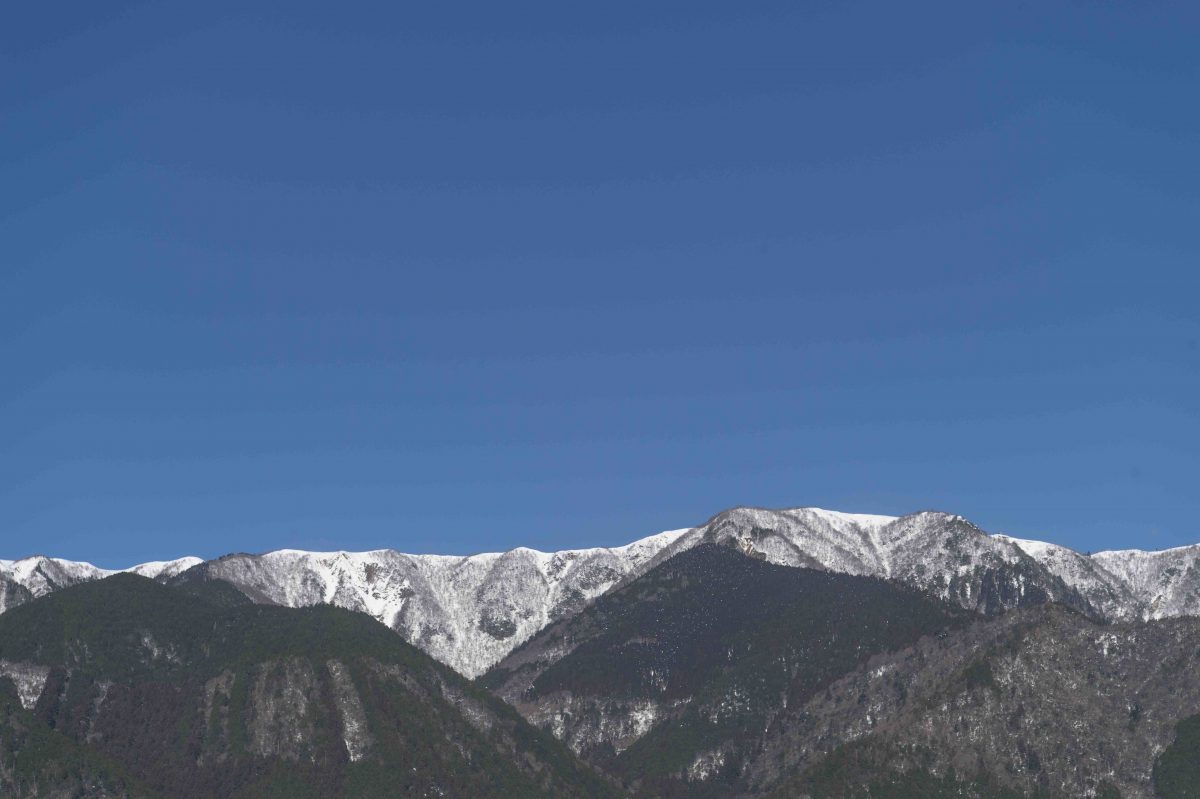 Mountain view from the studio of Shuji Nakagawa ©Yuya Hoshino

Materials for crafts come from nature. A shokunin relies on natural energy to turn materials into a product, and the finished product is inevitably affected by the environment where it is produced.

Although Yanagi, as quoted above, focused more on the beauty drawn from nature though the obedience of the shokunin that appears in the craft, it is rather their positive attitude toward nature that I constantly sympathize with. Those people spend lifetime familiarizing themselves entirely with their chosen natural materials. They ‘listen to’ the materials to understand their unique condition. Whether utilizing clay, wood, fire, or water, they build a diplomatic relationship to bring the natural elements together. But then at the end, of course, no one ever has complete control over nature. Each time is different. Each time, a surprise. When nature insists, they step back with profound respect: ‘Okay, if you say so’.

Urushi is a resin: it is the blood of the urushi tree, shed when the bark is cut and the tree tries to cure its wounds by seeping lacquer. It feels so real and so alive! Science tries to explain it — urushi hardens at 70% humidity and 25 °C temperature. But there is more to it than that. The same goes for wood, I ask a wooden base, “Which way do you want to curl?” The answer is never the same. ―Keikou Nishimura

Devotion over a lifetime, and over a millennium

What makes the work of a shokunin different from that of an artist, is that such one-time creations are really the result of endless repetitions of splitting, planing and so on. It is not just from practice of my own lifetime, but from the experience handed down to me from my ancestors in a perpetual line of accumulated wisdom from ancient times. －Shuji Nakagawa

When I take guests to visit shokunin at their studios, they often ask how long it takes to make one item. The shokunin, sometimes annoyed by the question, answers: ‘A lifetime’.

Among shokunin that I often work with, there are some who are carrying on their family business, and others who have courageously jumped into the field of craftsmanship to become one simply through their own strong will.

In the exhibition that I mentioned, Hosai Matsubayashi, who is the 16th generation successor to a historic pottery, Asahi-yaki in Uji, Kyoto, belongs to the former category. Chiemi Ogura, a bamboo weaver who grew up in an ordinary suburb in Kanagawa, belongs to the latter.

What they have in common is that they have equally devoted themselves through repetitive and meditative movements over millions of times. They have become intimately connected with their natural materials and achieved the highest efficiency and elaboration.

But moreover, regardless of their background, they have both received wisdom from past generations. With every repetition, shokunin lay another thin layer of wisdom on what has been accumulated by their predecessors over thousands of years.  The work of shokunin continues to evolve as each generation contributes to the tradition. 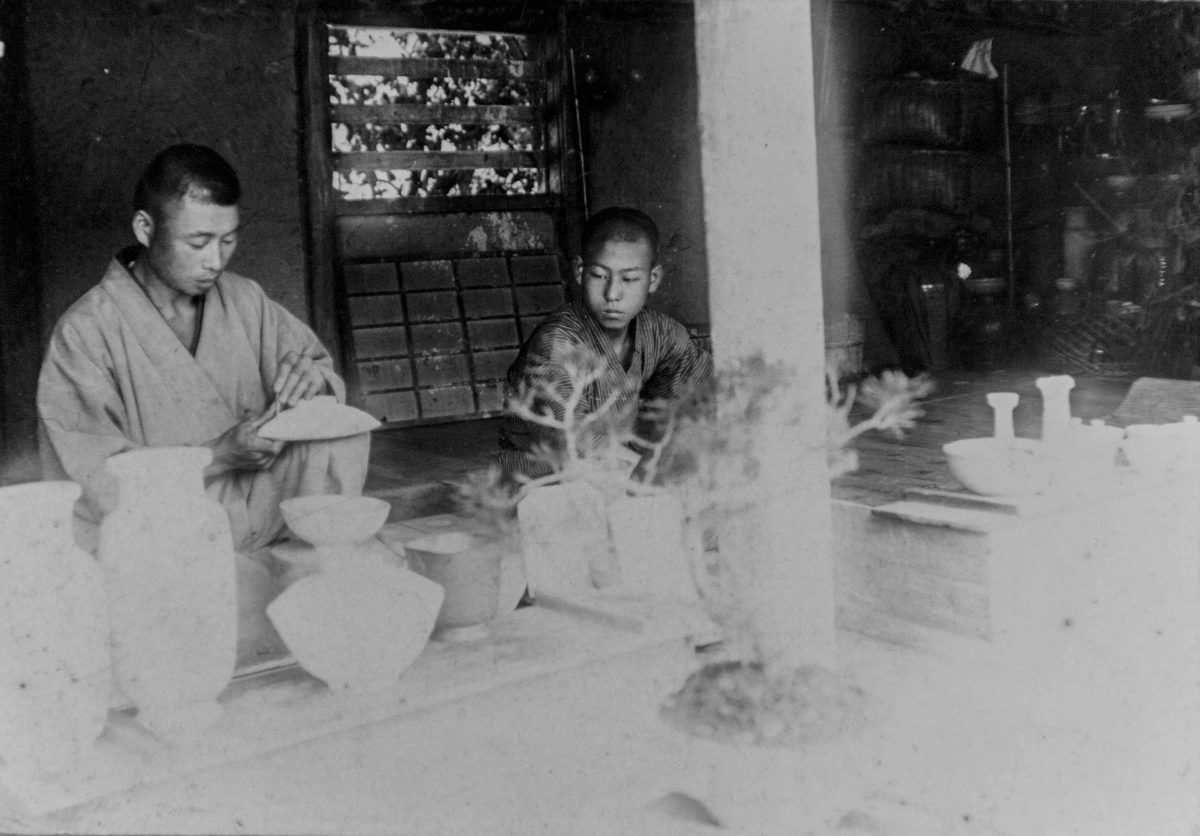 Ancestors in the family business – Courtesy of Hosai Matsubayashi 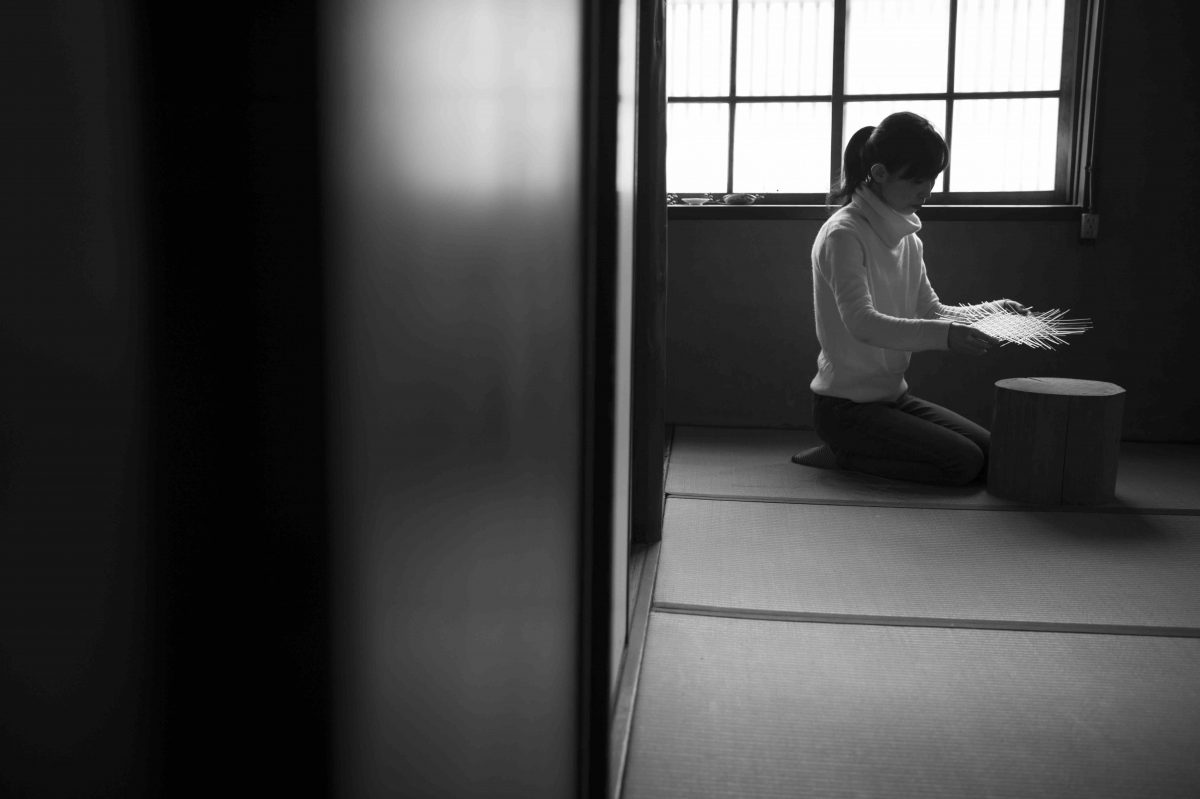 Beyond the notion of individualism

The shokunin exist as shokunin because others exist in community with them. At Asahi-yaki where I belong, there are six other shokunin. Although I can do my work all by myself, it is, after all Asahi-yaki pottery as a whole that carries on the techniques and wisdom from the past. I think shokunin are kind of people that care about what “WE” make, instead of what “I” make. – Hōsai Matsubayashi 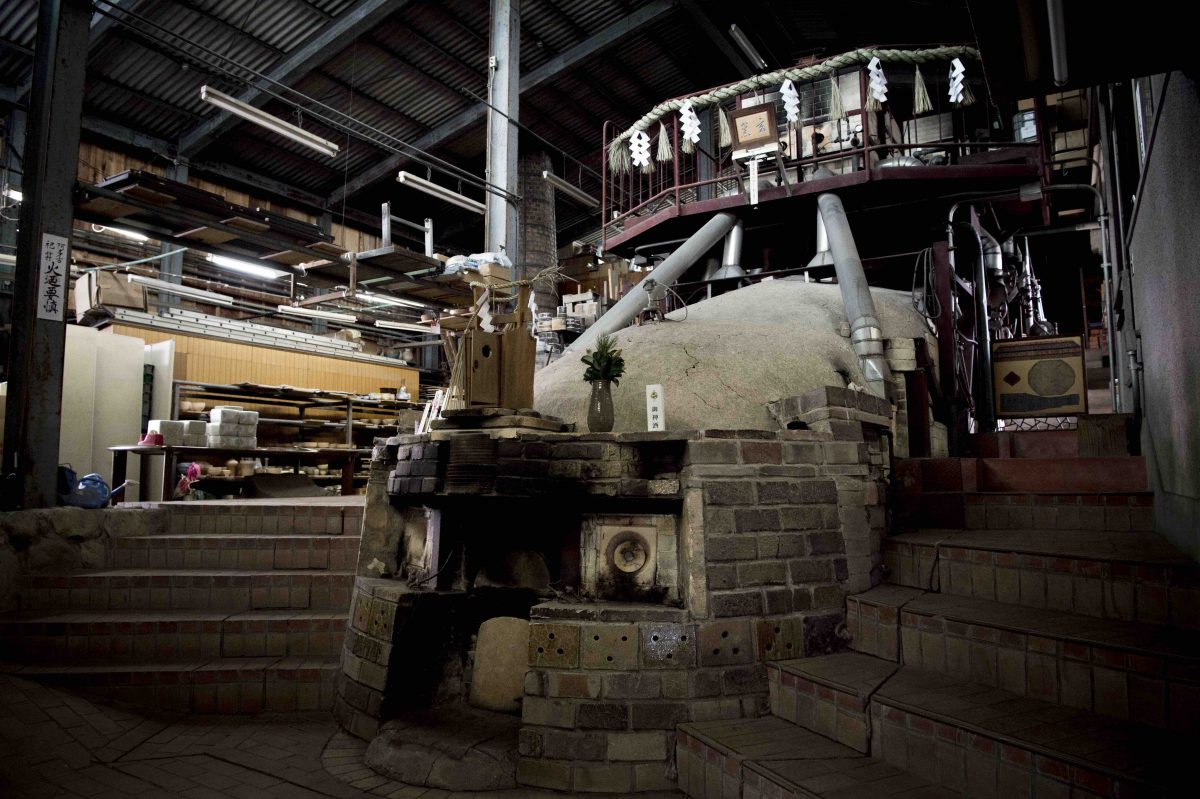 The work of Keikou Nishimura, an urushi coater featured as one of the shokunin in the exhibition, cannot exist without the work of other shokunin, such as an urushi tapper, urushi refiner, and wood turner. Even if the finished work is recognized by his name, it is naturally understood by the public that it is the result of a collaborative process.

Such division of labour is common in shokunin’s work. Even for those shokunin who are responsible for the entire process, their work represents their region, their studio, and their lineage.

Unique biogeographical characteristics and specific cultural heritage rooted in each region has formed communities of shokunin. For centuries, people have shared wisdom concerning natural materials and passed on their techniques, leading to distinct regional styles of crafts. Prominent studios and their lineages have further sophisticated specific techniques and style that became trade secrets. Some of these lineages developed exclusive relationships with aristocratic clients. Hirotsugu Ogawa, one of the five shokunin, belongs to a lineage of Raku pottery that was famously prized by Rikyu. In the long history of Raku pottery, they worked in close collaboration with patrons to produce a distinct style of hand-moulded tea bowls, fired in small crucible-like kilns, a technique that embodies the spirit of ichigo-ichie, the art of never-recurring encounters.

At the end the day, shokunin make products that serve people. Whether they serve the need of their local community or work with renowned clients who have recognized their work for generations, their role in the society has not changed. In any scale or unit of the community, shokunin inherit the wisdom and techniques to master the craft for their people. It is the altruistic attitude, or ‘non-individualistic’ attitude that ties all these essence of shokunin together.

With their work existing beyond themselves in a vast cultural landscape, they have a unique humility that allows them to work with centuries of wisdom and forces of nature. These aspects are fundamental to who shokunin are. Although each shokunin manifests these qualities slightly differently, the shared spirit connects their lives and works like a gradation of colors. Each of them hold histories and stories that cannot be disregarded.  I am always awed to realize that the spirit of shokunin transcends their individual existence. Beyond their magnificent individual radiance, there is always devotion to the larger cosmos.

A panorama of the exhibition: Shokunin at Portland Japanese Garden ©Jonathon Ley

The exhibition SHOKUNIN－Five Kyoto Artisans Look to the Future was held at Portland Japanese Garden in Oregon from May 12th to July 8th 2018, to celebrate the accomplishments of five master shokunin in Kyoto and to convey essential values represented in their way of living that can also provide inspiration in this modern world.

Sachiko Matsuyama is Craft Culture Coordinator at monomo. Working with shokunin in various fields whose work is grounded in nature and living tradition, Sachiko supports their productive collaborations with international creators while developing educational programs and tours to help people experience the world of craft as a mirror of culture. Sachiko can be contacted at info@monomo.jp