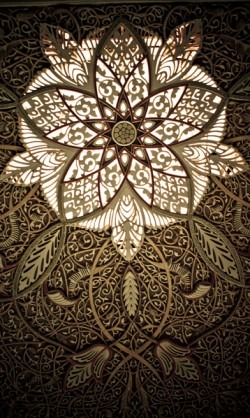 If so, is the world now in a state of barbarism?

There is no sign of any termination of war in Palestine, Iraq or the Middle East, where one party has declared a “holy war,” and the other, a “war against terrorism,” each firmly believing, it seems, that they are the upholder of justice. At the opening of the 21st century, two fundamentalisms that had been going underground, manifested themselves. One is Islamic fundamentalism with Allah, the one true God, to whom people devote themselves. The other is neo-conservatism or American fundamentalism, whose adherents believe that Jesus Christ is the light fighting against darkness and that it is those with that light who can lead the world. For both of them, the other party is nothing but Satan. Neither of them, however, is aware that at the root of such dualistic theory of good and evil, is lurking the idea of Zoroastrianism that their own forerunners repudiated as heresy. There, Ahura Mazdah, God of light, and Angra Mainya, God of evil, engaged in an endless, desperate struggle.

Samuel P. Huntington’s hypothesis in his prophetic essay “The Clash of Civilizations?” published in 1993 seems to have turned into reality when we look at Palestine, Afghanistan, Chechnya, and Iraq. In fact this essay and his book published in 1996 have a defect of categorizing civilizations not in ethnic but in religious terms, discussing all the religions on the model of monotheism like Judaism, Christianity, and Islam. What he said, however, was noised abroad by the media, and took root in many leaders’ minds as an inevitable reality.

Now I’d like to make the following assertion: “Civilizations do not clash. It is ignorance that clashes.”

It is “ignorance of civilizations.” Regrettably such ignorance is now conspicuous among those in power, who are leading the world.

If we look at human history, we can see that “civilizations have consistently encountered one another, and have grown and developed through those encounters.”
That is what “dialogue between civilizations” means. Dialogue, in fact, indicates cross-fertilization, not negotiation.

It was in 1985 that I launched the UNESCO program “Integral Study of Silk Roads, Roads of Dialogue” which begins with following words: “The Silk roads, over land or sea, were above all, the routes of dialogue between civilizations.” In 1998, President Hatami of Iran proposed that the UN make 2001 “the International Year for Dialogue among civilizations.”

Now I’d like to cite three remarkable examples of such encounters between civilizations.

First, the Silk Road. This main artery of trade and interaction between civilizations, crossing Eurasia by land and connecting the 2nd century BC. It continued for 1,500 years, producing innumerable dialogues among civilizations, which laid the foundations of humankind’s current civilization. Japan is at the eastern extremity. What deserves special mention is that Mahayana (greater vehicle) Buddhism arose in the 1st century A.D. in Gandhara, now the northern part of Pakistan. Here Buddhism, which had only been a local religion, interacted with Hellenism, and Buddha images were created. Without this encounter, King Seimei of Kudara (Pechei in Korean), in the southern part of the Korean Peninsula, would not have presented the Japanese Emperor with a golden Buddha image in the 6th century, and Buddhism would not have been introduced to the Yamato Dynasty.

It is worth considering why the Silk Road survived for such a long period. In trading along the Silk Road, which could have become the route of incessant conflicts if people had just pursued profit, there was the idea of “mutual respect” and “living together,” which human beings seem to have forgotten in this modern and contemporary society. It was the route not for selling things to others but for seeking good things. Their way of trading was not monopolistic, but “sharing” so that all people involved could benefit — a relay system so to speak.

The second example I’d like to give is Byzantium. Since Constantine the First transferred the capital from Rome to this place in 330, renaming it Constantinople, the fusion of civilizations flowing in from every direction took place, and it enjoyed great prosperity as the capital of the Eastern Roman Empire for more than 1,000 years (or 1,500 years if we include the period after it became the capital of the Ottoman Empire in the 15th century). What should be noted is that Byzantium, never becoming a military power, remained always as the cultural center of the world, connecting with all the surrounding cultures. The Pax Romana (Roman Peace) ended after 400 years, and the Pax Mongolica (peace of the Mongol Empire that had extended its sway over Eurasia) came to an end after only 100 years. You could force a certain nation into submission, but you could never conquer its people’s minds. History shows us how ephemeral domination by power is. It also suggests the future of the country that emerged after World War II as a military superpower, yet goes on to make preemptive attacks.

The third example is Al-Andalus (or Andalusia). Since Arabs who had converted to Islam came from Morocco to this southern tip of Spain at the beginning of the 8th century, Muslims, Jews and Christians lived together in peace for as long as five centuries, and their cultural marriage gave birth to brilliant works of art and architecture. They also rediscovered natural science and philosophy of ancient Greece, which they translated into Arabic and Latin. Their accomplishment, together with that of Alexandria, Constantinople, and Sicily, brought about revolutionary progress in mathematics and other sciences, which soon extended up to Paris. This innovation of art and science is called the 12th century Renaissance, which, as a result, prepared for the Italian Renaissance in the 15th century. Without this civilization of Andalusia prior to the Reconquista, modern European civilization would not have come about.

However, the image of world civilization has hitherto contained a “warp.”. The illusion that Western civilization is the one and only civilization has been shared not only by people of Europe and the United States, but also by non-Westerners until quite recently. Why? It is because textbooks written by colonial powers during the colonial period spread around the world. The singular view of “civilization” was fed to children through “education”. This was the first globalization. The contribution of Muslims and Arabs to the human civilization, as I have just mentioned, was erased from textbooks. What kind of history have children learned as a result? They have been told that Greek civilization, like Venus, suddenly appeared out of bubbles in the Mediterranean Sea; its successor, Roman civilization, advanced northward to expel barbarians, the Celts; and the fusion of the spirituality of Christianity and the logic and reason of ancient Greece gave birth to a supreme civilization called Occident.

People in the Arab world harbor deep “resentment” that their own culture, their human dignity, has thus been ignored. We should realize that this “resentment,” or what Mahdi Elmandjra (of Morocco) calls “humiliation,” is the very hotbed of terrorism. The cause of terrorism is not “poverty,” though people often so simply define it as such. The root cause of terrorism is “unfairness,” i.e. “injustice.”

The fact that President Bush was reelected thanks to the slogan “Fight against Terrorism” shows how deep-rooted the simple, dualistic theory of “fighting between light and darkness” or “fighting between good and evil” is in this country. It also revealed how ignorant of human civilization are the people of this country that was once the hope of the world. The strong ruling others with power and writing history with the logic of the winner was a remnant of the 19th century colonial period, which was carried over to the 20th century. In the 21st century, however, we have to start walking in a different direction, and we already are. The first example is the “Universal Declaration on Cultural Diversity” that UNESCO adopted in 2001. This declaration serves as a keen warning to globalism, in which one concept of values dominates over others. This declaration is a refusal to admit the “Empire.”

UNESCO’s mission is “to fight against ignorance.” Ignorance of other cultures creates prejudice, and prejudice gives birth to hatred. We must sever this chain.
What we are required to do now is to become truly civilized. A civilized person is the one who “knows oneself, and tries to learn from others”; the one who knows and respects the difference of cultures; the one who seeks the transversal values of humanity found in all these cultures. Peace for mankind in the future should be constructed, not on the logic of power, but on the rediscovery of the spirit of mutual respect, on the very “wisdom” of knowing that “mutual respect” does mean “mutual benefit.”