Charles E. McJilton is Chairman of the Board and co-founder of the pioneering food bank Second Harvest Japan (www.2hj.org), based in Tokyo. This article was adapted from a presentation given at an FAO Conference in July 2015, in Bangkok, Thailand.

Metaphorically speaking, food banks are fishing boats going out each day into the vast ocean of food surplus to bring back good food to feed the hungry waiting on the beach. To understand the vast amount of food surplus, one must think on the scale of an ocean. In Japan, where we began pioneering food banking in 2000, the government reports food surplus at 3-4 million tons each year. In comparison, annual rice consumption is roughly 8 million tons. This is the equivalent of one bowl of rice being discarded for every two bowls eaten. Food banks will never be able “overfish” the vast ocean of food surplus that is available.

Even though Second Harvest Japan “harvested” over 2,300 tons of food surplus in 2014, it still meant that 99.9% was not donated. In 2017 we had 1,445 corporate food donors, served 300 welfare agencies, NPOs, faith-based groups and government facilities, and were able to provide 4,381,757 meals at an average cost per meal of ¥25. We have 6 full-time staff, and volunteers donated 37,117 hours of their time. However, there would need to be 20 more fishing boats the size of Second Harvest Japan just to harvest 1% of available surplus.

And what about those on the beach, the hungry? Many are surprised to find that the poverty rate in Japan is over 16% (The poverty line is defined as one half of the national average income). But out of these 20 million people living below the poverty line, the homeless only make up 7,500, meaning that those in need are not visible or easy to access. To further complicate matters, Japan does not have a food safety net. By comparison, New York City has 1,100 organizations providing food relief. Our close neighbor Hong Kong has 520. In Tokyo there are less than 15 organizations involved in food assistance, and the vast majority are hot meal programs distributing food in a park once a week. While our potential haul may be great, without a network to reach those in need, it will just rot on the beach.

In spite of these challenges we love the basic concept of food banking: matching surplus and need. In Japanese we say, Mottainai kara arigato eh— “From waste to thanks.” In 2010 we incorporated Second Harvest Asia to promote the concept in Asia. (In 2015, at our 3rd annual regional meeting in Hong Kong, we formally established the first regional network, The Association of Asian Foodbanks, comprised of 10 organizations representing Hong Kong, Singapore, the Philippines, Taiwan, Japan, Korea, and the US). In 2013 we incorporated and registered Second Harvest Japan Alliance, a public-interest foundation mandated to create and manage a national network, encourage the development of a food safety net, and assist food banks in their development. Fourteen food banks have passed the basic requirements for membership.

Second Harvest’s approach to food banking has been innovative and creative. We do no fundraising or soliciting of companies for food donations. We believe in partnerships over transactional relationships. Our organization and work is as much a part of society as a hospital, library, or any other public good. We believe that food banking provides a unique opportunity for different sectors of society (for-profit and nonprofit) to cooperate and interact.

It has been our experience, however, that innovation and creativity can only flourish when we are willing to take a clear and honest look at the issues and situation. It is our assessment that in much of the conversation surrounding food waste and hunger, people have made connections where none exist and have let emotions lead the discussion. We would like to offer an alternative viewpoint, based on our experience as practitioners—as fishermen. 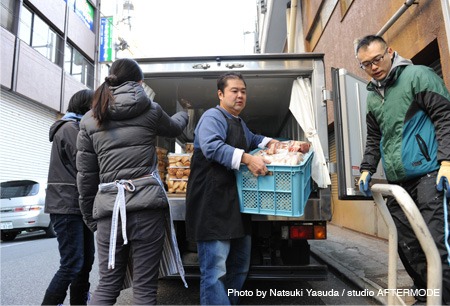 Contrary to popular assumptions, the amount of food being destroyed in the world is not increasing. Japan began to deal seriously with this issue in 2001 when it passed The Promotion of Utilization of Recyclable Food Waste Act. This law required the food industry to reduce FLW by specified percentages based on industry and size. And they were largely successful—according to a study by the OECD in 2010, the total amount of food disposal in Japan has been continually decreasing. This is certainly not a result of decreasing production, but increased recycling, reducing, and reusing.

We understand the natural inclination to believe that if the hungry on the beach would just go to the ocean of food surplus then both issues would be solved. You have a group of people in need and an apparent resource that could meet this need. No doubt all of us have heard at least once in our life, “Eat everything on your plate. There are hungry children in the world who do not have enough to eat.” There is a widespread misunderstanding that food is out there just for the taking to supply to those in need, when in fact there are many other factors to consider, including logistics.

Our point is that there is no direct connection between FLW and hunger if the former cannot help alleviate the latter in a meaningful and scalable manner. Restaurant and household waste at the end of the value chain are two examples in which it is not possible to recover and redistribute the food waste in meaningful and scalable manner to have any real impact at reducing waste or hunger.

The reasons for FLW cover a wide range of variables, most of which cannot be controlled. For example, farming is not, and never has been, a precise science of production. Surplus is a natural part of the process. In manufacturing and distribution, the variables may seem more controllable, but due to the scale of production it is impossible to reduce errors and defects. At the retail level it is about having enough product on hand to meet customer demand.

To meet consumer preference for the freshest product, Japan has developed a highly efficient supply-chain system. Convenience stores are restocked throughout the day with new deliveries of box lunches, rice balls, sandwiches and other perishable foods, fresh from the factory. It is a commonly-held expectation that a convenience store is not living up to its name if a consumer cannot purchase freshly-made food at 2:00 AM. The result of meeting such expectations is that an enormous amount of waste is created. One food recycling plant in Tokyo reported processing each day about 7 tons of boxed lunches, rice balls, sandwiches and bread, turning this into animal feed. Donating these items is not possible. In fact, box lunches and other prepared food with an expiration time stamp of 3:00 PM will not be sold after 1:00 PM. As explained by a convenience store executive, “Our products must be consumed before the expiration time stamp.”

There is both a rationale and a benefit to these seemingly impossible standards. In 2014 only two people died from food poisoning in Japan, while in the US roughly 3,000 people died of food-borne diseases. While there is no law against selling or distributing food past its expiration date, the taboo is too great in Japan.

It is also important to remember that hunger is all about access to food. The primary means of access is money. Amatrya Sen, 1998 Nobel Memorial Prize in Economic Science, made this case in his groundbreaking book, Poverty and Famines: An Essay on Entitlement and Deprivation. He points out that the famines in Bangladesh did not occur because of a lack of food, but because those in need could not afford the food that was available. In 1943 food production was actually up, even though people were dying of starvation.

We see no direct, causal relationship between FLW and hunger. The former is based on consumer preference and the latter is about access to food. One does not affect the other. People are not hungry because there is food surplus.

People assume that repurposing food loss through practices such as food banks can help solve the problem of hunger. But the scale of hunger and food loss are simply too vast for food banks to address. Feeding America, the national network of food banks, estimated that in 2017 they rescued 3.3 billion pounds of food, compared to the 72 billion pounds of food that went to waste. FA is the largest and oldest food bank network, comprising more than 200 food banks. Meanwhile, the United States government spends US$76 billion per year on food stamps to support those in need. In spite of this, one out of five kids in the US goes to bed hungry. Redistributing food surplus cannot address the root causes of hunger nor eliminate it, as the US has found.

FLW and hunger must be decoupled. Connecting these two issues through campaigns such as “No Food Loss” only makes people feel that something is being done, without addressing root issues. Self-satisfaction on the part of the participant does not lead to meaningful change.

We agree there is an inordinate amount of food that goes to waste in the world. We acknowledge there is an equally large number of hungry people. We understand it is quite natural to believe that these two issues are connected, conventional wisdom being that if we can reduce FLW then there will be enough available to feed the hungry. However, as practitioners, we know full well it is not that simple.

Even though FLW and hunger share food as a common denominator, they are two separate issues that only intersect on a relatively small scale, compared to how big each issue is. We do believe, though, that food banks play an important role at these intersection points by placing food surplus in the hands of those who serve those in need, as well as those directly in need. We may be fishermen in a vast ocean of food surplus, but to those we serve we provide a valuable service.

However, we are cognizant that our actions will neither reduce the vast ocean of surplus nor eliminate those on the beach searching for food. We believe a different dialog is needed to address those separate issues. These are complex issues that have no easy or simple solutions. Our best hope is to engage a wide range of stakeholders and encourage innovation and creativity with the belief that new ideas and responses will come about from the process. 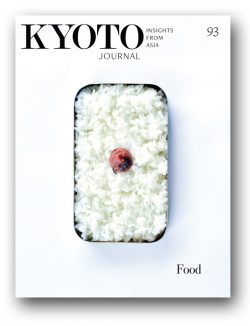