When Ayano Tsukimi was a child, her village, Nagoro, in Shikoku’s Tokushima Prefecture, was home to over 300 residents. Now she is in her late 60s, and Nagoro’s population has dwindled to approximately 30. 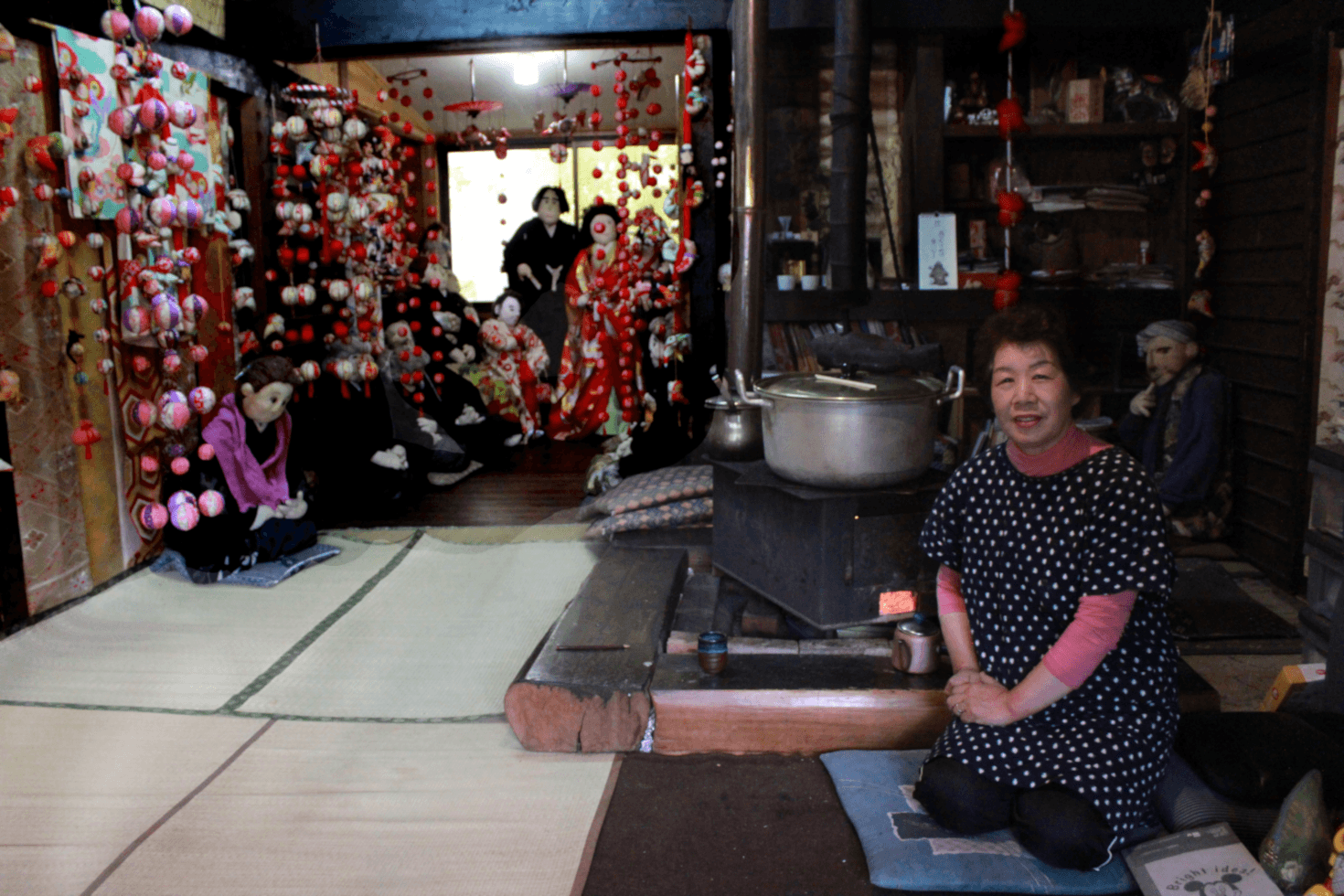 Around 15 years ago she made a scarecrow (kakashi) to protect her vegetable garden, basing it on her father’s appearance. Her neighbors enjoyed this whimsical inspiration, and since then she has continued to make these figures, many of them based on present or former village residents, including the last two students to attend the local school before it closed in 2012. 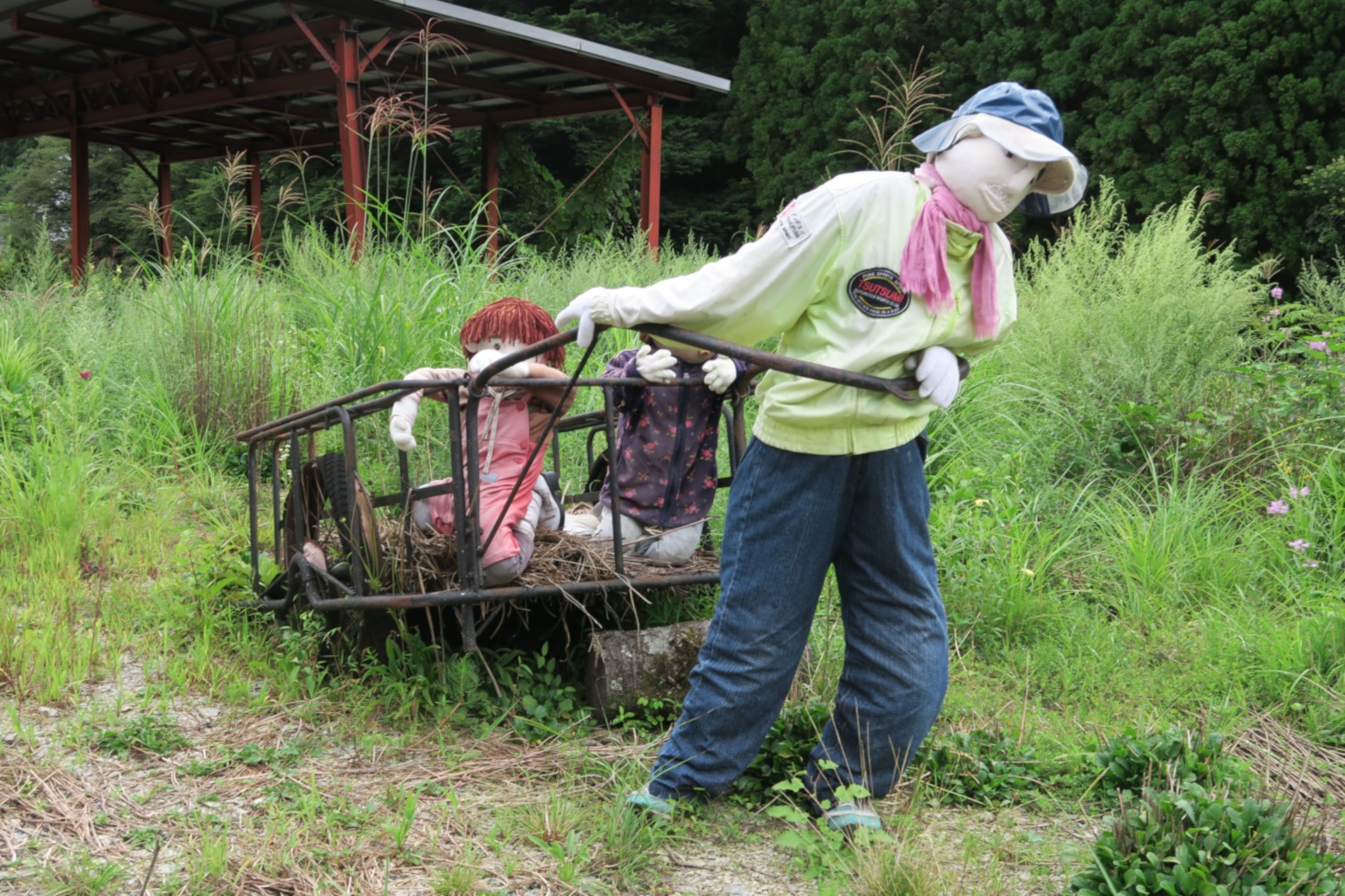 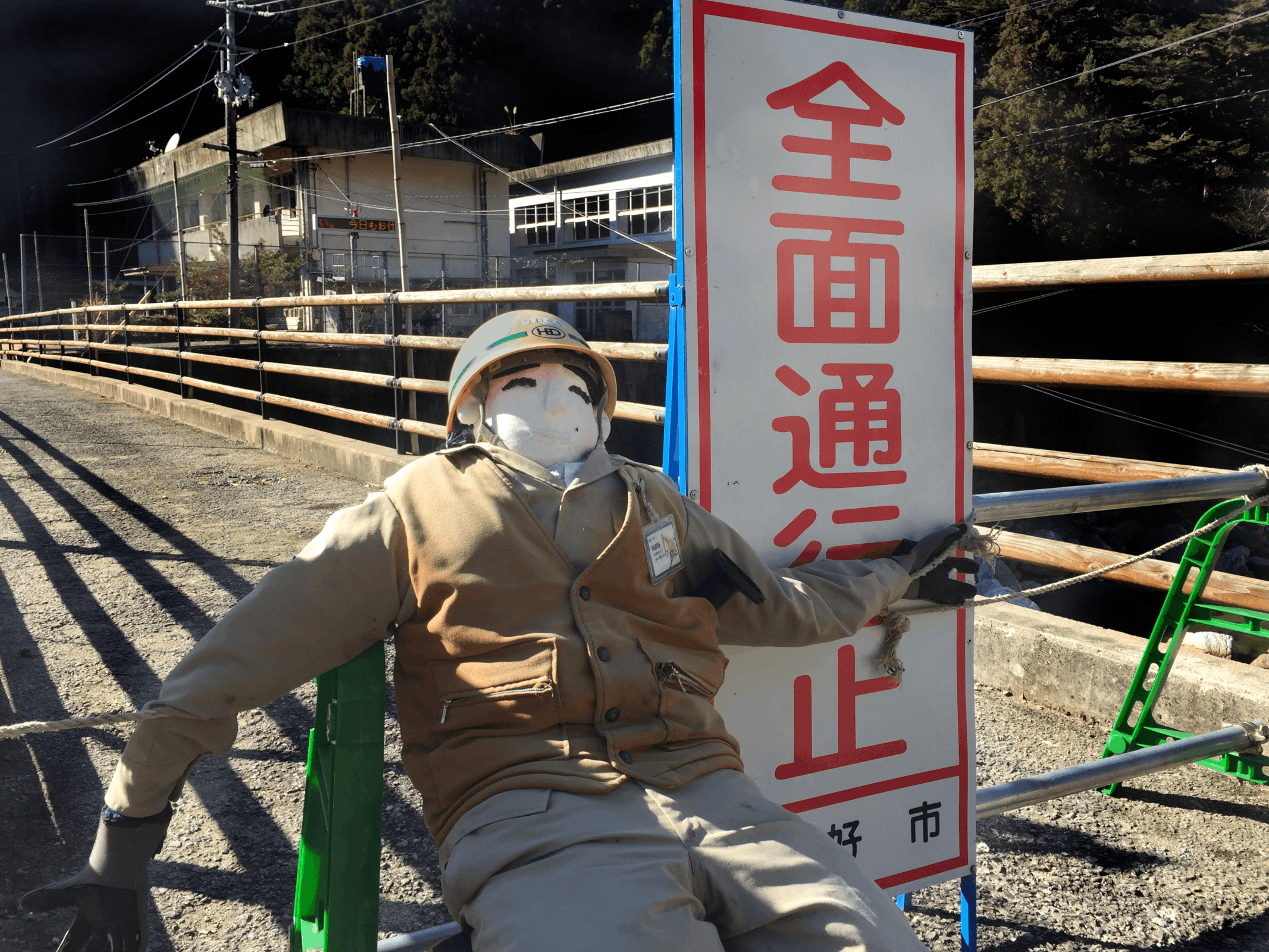 She has now made over 400 kakashi, effectively repopulating Nagoro with her creations. In recent years these endearing figures have become a noted attraction, drawing in numerous visitors, so in their own way they are also revitalizing Nagoro. This successful strategy to attract tourists has subsequently been adopted by other villages in Japan. 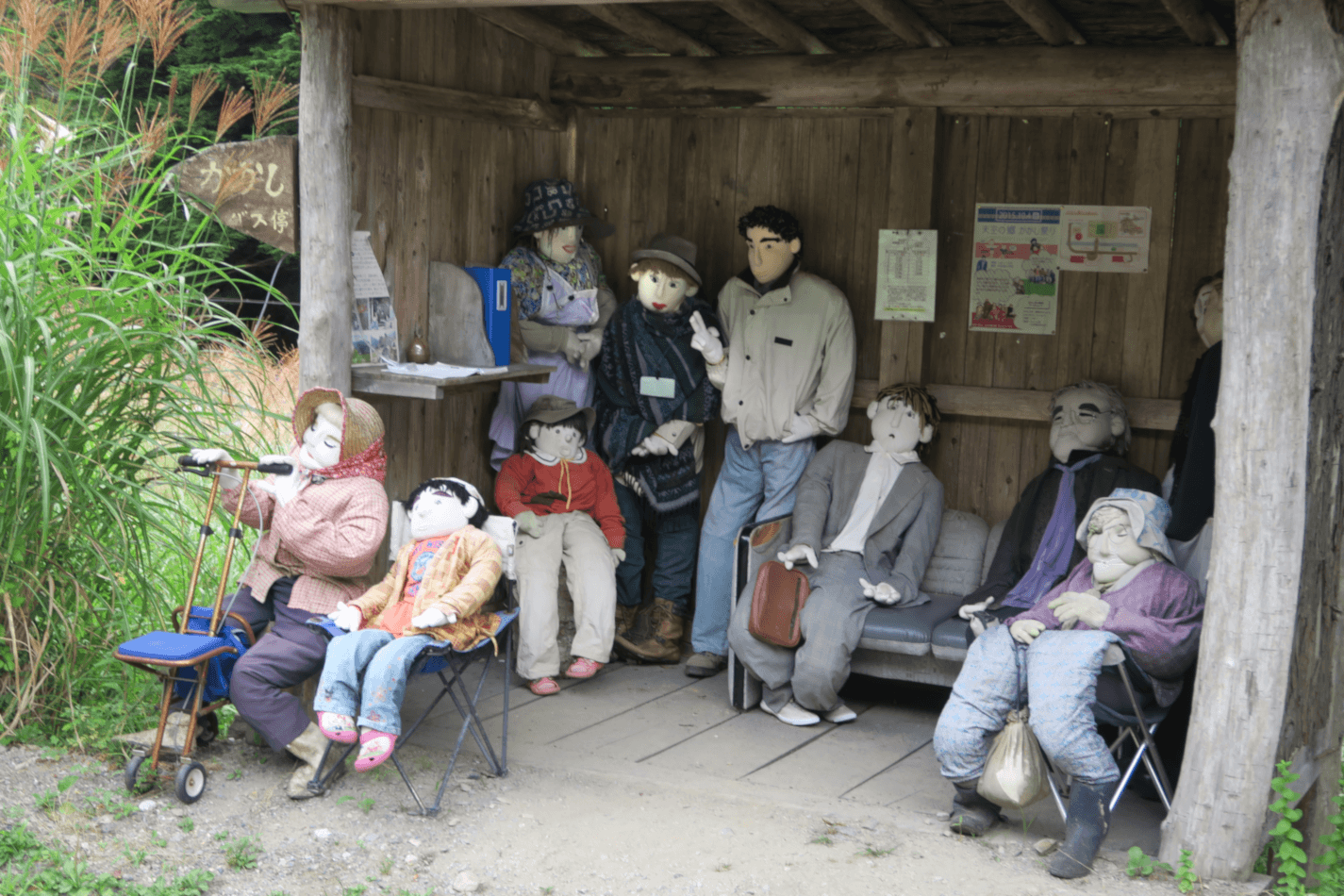 Media coverage has been widespread, though some ‘wacky Japan’ international reports have described them as ‘creepy.’ The National Geographic website features a short online documentary, Valley of Dolls, by Fritz Schuman. 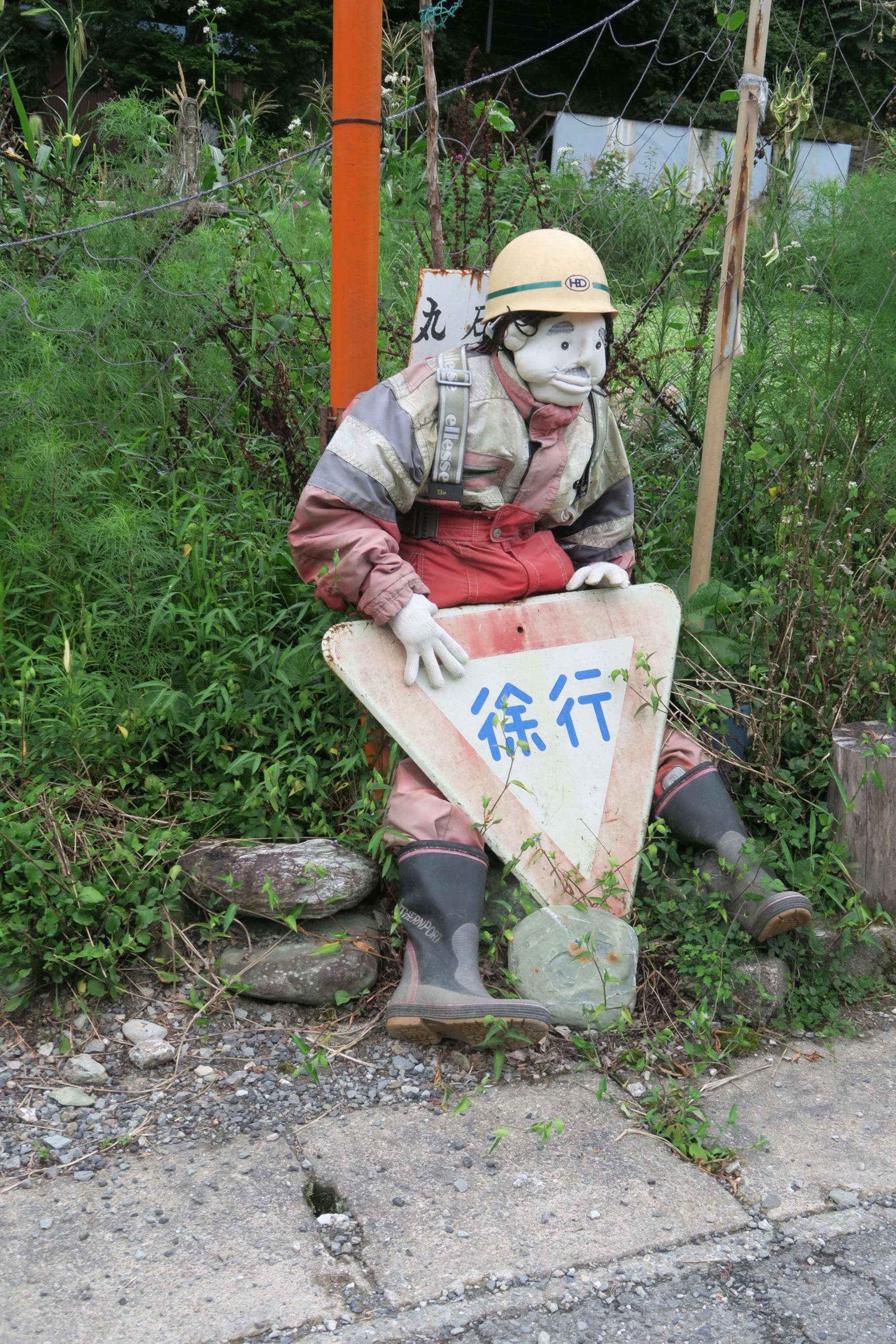 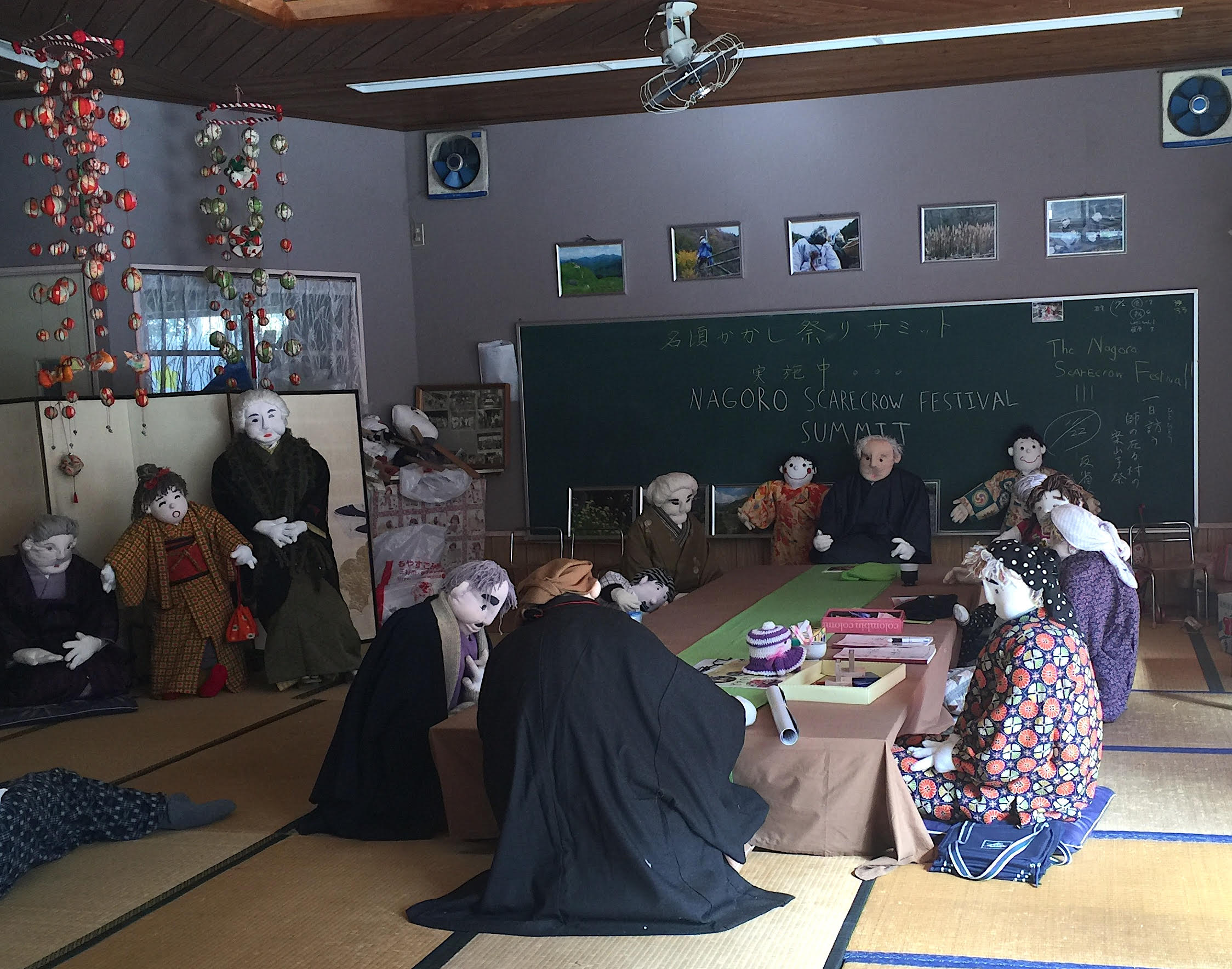 These photos were taken by Alex Kerr, well-known author of Lost Japan, Dogs and Demons, Bangkok Found and Another Kyoto, whose account of rural depopulation and highly effective strategies to make use of Japan’s ‘akiya’ — deserted farmhouses— appears in issue KJ 91. See also www.alexkerr.com