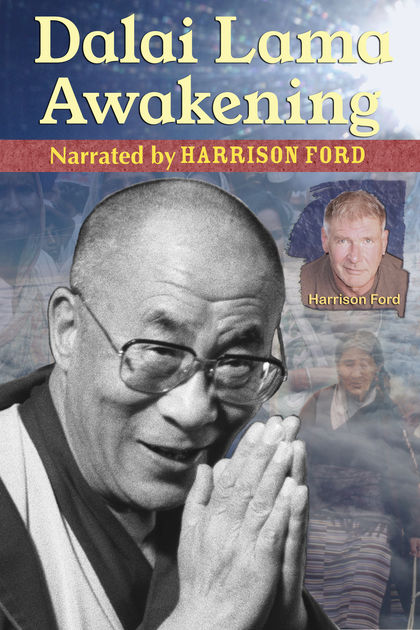 Dalai Lama Awakening is a documentary film by director Khashyar Darvich currently being screened in Canada and the U.S.. In what the director claims is an uncompromised version of his previous film Dalai Lama Renaissance, 40 Western thinkers gather in India to meet with the Dalai Lama to transform the world.

Harrison Ford narrates the film, but his contributions only account for about two minutes, including his one-minute introduction. He points out that the theme of this gathering is to form a “Synthesis Group” in an attempt to solve world problems. The specific issues to be addressed are never actually shared with the audience. In reality, discussions mostly devolve into squabbling, most notably between the two quantum physicist authors, Fred Alan Wolf and Amit Goswami. These two are offered as the group’s physics experts, though their books are more likely to be displayed prominently in psychic bookstores than discussed in serious scientific circles.

Harry Morgan Moses (Obvious Power), Michael Bernard Beckwith (Spiritual Liberation) and Jean Houston (The Wizard of Us) are other notable New Age authors in attendance who contribute to what they believe will be a “metamorphic meeting of minds.” The film combines interviews of attendees with traditional Tibetan performances, scenes of impoverished Indian life, and short talks by the Dalai Lama himself.

His Holiness is famously a very charismatic individual; his iconic laugh is adored the world over. His humble speech and upbeat delivery allow him to occasionally get away with expressing opinions that might elicit for other religious celebrities unflattering reactions from the media and “spiritual seekers.” He embraces nuclear energy, personally administers vaccinations to children in India, minimizes the importance of prayer in favor of action, and has recently said that it is time for Muslims to fix their own house.

Called “Avalokiteshvara” (the reincarnated Buddha of Compassion) by Tibetans, he carries a lot of influence and can skillfully communicate hard-to-sell ideas, but even so, perhaps because of the ego-driven participants who were present at this event, nothing of note really materialized from the gathering. In the end, a rather unimaginative boycott of Chinese goods was offered as a suggestion to the Dalai Lama. (The film never acknowledges it, but this meeting actually took place in 1999.  Two Synthesis Dialogues have occurred since).

The film concludes with a survey of what participants felt they took away from the gathering. The majority of the film feels more like reality TV than an educational documentary, as if contrasting, and sometimes conflicting personalities were put together for the sole purpose of achieving conflict and drama. Watching it, I found myself taking sides in the rivalries. Unlike more informative documentaries though, I feel no compelling desire to watch it again.