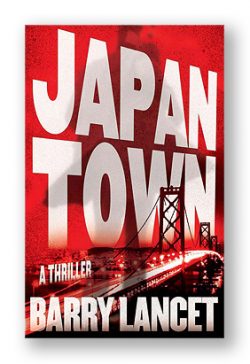 Though David Markson, John Banville, Gore Vidal, Julian Barnes, and Tim Parks have written them, and Ludwig Wittgenstein, T.S. Eliot, W.H. Auden, and Jean-Paul Sartre devoured them, detective novels, like other categories of genre fiction, are often denigrated—or so authors and fans of genre fiction seem to believe. How else can one explain defensive bleats like Stephen King’s at the National Book Awards in 2003 or the extensive Internet commentary devoted to cutting Ulysses-reading elitists down to size?

To those of us who are less concerned with labels such as “science fiction,” “crime fiction,” or “literary fiction,” than with quality, those who would rather read an excellent detective story, for example, than mediocre literary fiction, but would also rather read, yes, Ulysses, than sub-literate swords-and-lords fantasy, these bleats and passionate defenses seem beside the point.

“There are only two kinds of music,” Duke Ellington may have said, “the good kind and the other kind.” Books, like music, should also be judged in terms of their quality rather than their category—are they the good kind or the other kind? To assume that because a book belongs to a given genre it is, therefore, inferior to literary fiction (which does not float above genre, but is a genre) is simply lazy. Discernment is always necessary.

Detective stories are, of course, no exception. Although one occasionally sees a writer who dares to say that a detective story, a science fiction novel, or a young adult book is no good lambasted for being elitist (that word always come up), or ridiculed for being a fuddy-duddy incapable of joining in the fun, serious readers understand that regardless of genre, judgment is possible and necessary: Raymond Chandler is better than Mickey Spillane; Samuel R. Delany is better than E.E. “Doc” Smith; J.R.R. Tolkien is better than J.K Rowling. All those statements are debatable, and they should be debated, not ruled out-of-court.

Barry Lancet subtitles his first novel, Japantown, “a thriller,” thus placing it squarely in genre territory, and this seems to be exactly where he wants it. Lancet does not, in Japantown, challenge or play with genre conventions, but always colors within the lines. This is not a bad thing. There are times when we are in the mood for a genre-bender, but other times we are quite happy—in much the same way that children like to hear the same story told just the same way over and over—to find ourselves in a familiar fictional world.

Emblematic of Lancet’s conservative approach is his detective, Jim Brodie. He is single—otherwise it would be difficult for him to be the knight-on-a-quest who inspires so many fictional detectives—but has a family of sorts: a daughter who he’s raising on his own, and two non-biological fathers: an old cop who’s taken him under his wing in San Francisco and an old detective who has done the same in Japan. To flesh out his humanity he has a tragedy in his past (the reason he’s raising the daughter alone), and he’s not just a gumshoe, but a cultivated man: in addition to having an interest in a detective agency in Japan he runs an antique shop in San Francisco selling, among other things, Japanese art and artifacts. Needless to add, he’s a skilled fighter schooled in traditional martial arts augmented by street smarts acquired growing up in South-Central L.A. Anyone who reads detective novels, particularly those of the hard-boiled variety, will recognize the type; fans will settle in for a reliably good read.

The novel, as the title indicates, is concerned with Japan, and this places it as one of those detective novels that aims to provide, in addition to the standard thrills and spills, an introduction to another country and culture: think, for example, of Paco Ignacio Taibo’s mysteries set in Mexico, Alexander McCall Smith’s Botswana novels, or indeed Barry Eisler’s John Rain series, set largely in Japan.

Lancet lived in Japan for decades, and is well placed to be our guide to the archipelago. Genre conventions dictate that the educational material is, most of the time, subordinate to the action, but when Lancet does decide to illuminate an aspect of Japan he is often driven by the form in which he is working to sensationalize it, exoticize it, or supersize it. In the information dumps about Japan we come across, for example, lofty generalizations such as: “Layers upon layers of secrets piled up over the centuries. Those inside the circle knew; those outside were excluded. And there were circles within circles.”

Staying with secrets, we learn that “Japan’s Iron Triangle was a secret network of high-echelon bureaucrats, industrialists, and politicians.” Of course it’s not secret at all—even thriller writers know about it—but to pretend that knowledge of such collusion is arcane is in keeping with the feverish style the genre requires. In the same vein, the bad guys, a nefarious ninja army, are Fu Manchu-like in their absolute and absolutely foreign style of evildoing. Indeed their leader could be described using Sax Rohmer’s words for his villain: “the yellow peril incarnate in one man.”
Readers looking for something other than a thriller may, encountering some of the above, want to throw the book across the room. Readers happy to be thrilled, however, won’t mind a bit, and will continue flying through the pages of Lancet’s undeniably exciting whack-a-mole plot: every time his Fu Manchu seems to be finished he or his emissaries pop up again, and every time they do we’re sucked back into the flow of the narrative.

Occasional infelicities do impede one’s progress through the pages. We can’t help but pull up short when we encounter lines like, “I had more dead ends than I could stomach,” or when we learn that Brodie “spent five years on the cusp of South Central . . . ,” or when we encounter contemporary hipsters using what appears to be a variety of beatnik slang: “Righteous techno gear,” says one of these young geeks, describing a sort of tracking software. “No bullets, no spies, but they cop your moves, man.” One expects him to call someone “daddy-o” at any moment, and this, like the other linguistic slips, in diverting the reader’s attention from the narrative flow, slows things down. “Poetry,” Ezra Pound reminded us, “should be at least as well written as prose.” Likewise, genre fiction needs to be at least as well written as literary fiction. Anything less keeps it from being as good as it can be, and genre fiction at its best is very good indeed.

And what of Japantown? Is it the good kind of book or the other kind? It becomes clear that Ellington’s formulation (if it was Ellington) is too simple. There’s a lot of space in between those two poles, and Lancet’s book, like most books, falls somewhere in the middle. Undeniably, though, it’s closer to the good.