From fermented foods to onsen hot springs, here is the fifth instalment in our series of reviews of publications by the Asia specialist, Tuttle Publishing. 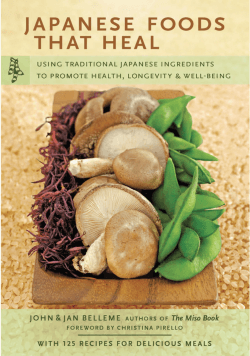 by John and Jan Belleme

One of the important principles of our contemporary food culture is ease and speed. Factory-made foods and supplements enable our daily life to be easy and quick, but most of us feel somehow guilty and uncomfortable about this situation. The authors of this book invite us to reflect on our modern food habits by introducing their long experience and practices with traditional Japanese ingredients, especially miso, but also condiments such as sesame oil, shoyu, brown rice vinegar, and also umeboshi, mochi, tofu, and green tea. Based on recent scientific information about diet and health, they show us that artisanally-produced Japanese ingredients contain naturally concentrated nutraceuticals and phytochemicals that can prevent our health from deteriorating. At the same time, they offer practical advice about where to source ingredients, and provide over one hundred unique recipes designed to appeal to North American tastes. These recipes may also stimulate change in traditional Japanese food culture. 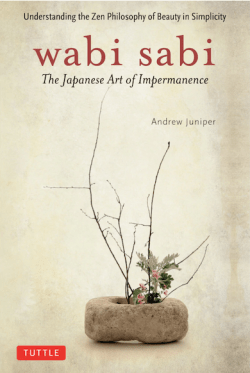 Leonard Koren’s groundbreaking Wabi-Sabi for Artists, Designers, Poets & Philosophers (1994) clearly articulated this Japanese Zen aesthetic by contrasting it with Modernism. Many readers found in wabi-sabi an answer to the empty, over-conceptualized and incestuous world of art and design. Wabi-sabi was about the real world and could be applied in everyday living. Nearly a decade later, UK designer Andrew Juniper came out with Wabi Sabi: The Japanese Art of Impermanence, focusing mostly on the development of wabi-sabi in its native culture, beginning with the arrival of Zen Buddhism in Japan, and emphasizing how this aesthetic is all but inseparable from tea ceremony. In fact, it is at the core of what Okakura Tenshin called “the religion of the art of life.” He further shows how it is manifest in art, the Japanese character, design, and life. “With its focus on the delicate subtleties, objects, effects and environments of the natural world, wabi-sabi promotes an alternative approach to the appreciation of both beauty and life itself.” 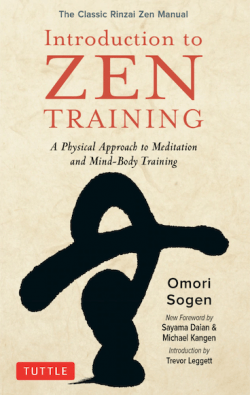 An Introduction to Zen Training: A Physical Approach to Meditation and Mind-Body Training

Omori Sogen (1904-1994) trained at Kyoto’s Tenryuji temple (Rinzai sect, in Arashiyama), received Dharma transmission and become its abbot. He was also a master swordsman and calligrapher. First published in translation in 1964, this book is a valuably detailed ‘how-to’ manual on meditation (including “zazen without sitting”), which also addresses misperceptions about Zen and its practice to help beginners avoid basic mistakes. “Zazen should never become a means of making yourself feel good, nor should it be a tranquillizer to settle excitement and wild thoughts… Indeed, zazen consists in awakening us to our own essence so as to secure and express our true selves in our everyday conduct.” While his handbook may be a useful aid, Omori-roshi also stresses the need for first-hand guidance: “…the question to be settled first of all … is to select the right teacher who has clearly inherited Dharma through authentic masters.” Ultimately, he says, “…there is nothing in this world which is not Zen.” 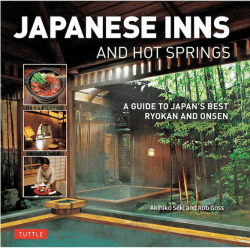 Japanese Inns and Hot Springs: A Guide to Japan’s Best Ryokan and Onsen

by Akihiko Seki and Rob Goss

As more and more non-Japanese leisure travelers are finding their way to the Japanese hinterlands (which include Kyoto and Nara, by the way) there is a need for this sort of guide to outstanding Japanese-style accommodations located outside the major urban centers. Each of the forty ryokan featured here is unique in its own way; many belong to the “ultra luxury” Relais & Chateaux group. The least expensive among this selection, the Tsurunoyu in Akita, is also the only one that offers mixed bathing. Some are in famous onsen towns; some are ryori ryokan, proud of the meals they serve, while others allow guests to economize by eating elsewhere. For planning a memorable getaway, the abundant images by veteran photographer Akihiko Alan Seki coupled with Rob Goss’s detailed text will be a tremendous help. 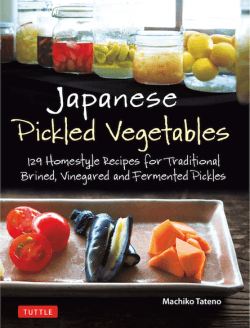 Pickles symbolize the resilience of a culture accustomed to store storing away the summer stocks in order to endure barren winter months or other food shortages. Yes, there areBeyond cucumbers and cabbage, but Machiko Tateno also hopes to reveals the sometimes astounding diversity of pickles found in Japan. The first set of recipes deal with nukazuke Nukazuke or rice bran pickling, which has not garnered much attention internationally but is prevalent in homes and restaurants alike. Forget your idea of somethingInstead of floating in brine, these these nukazuke pickles are buried in a mash of rice bran (the the remnantbyproduct of polishing rice to a spotless white), itself already abundant in bacterial goodness. The excavated pickles are filled withresult is a range of flavors which are individual to each pickling container.Tateno’s recipes span the routine, the traditional, as well asand the instant, which gives giving a range of options depending to suit on the whims of the reader. The steadfast can undertake a months months-long relationship with a jar of brine or a batch of nukazuke, while those anyone thinking about the immediate future can have a lovely fast pickle ready just in time for a refreshing end complement to their next meal.