Our reviews of the latest Japan travel and culture-oriented titles from the Asia specialist, Tuttle Publishing. 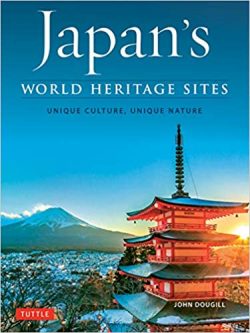 Giving a virtual tour of Japan’s 22 World Heritage sites, John Dougill has created the perfect checklist for any traveller wanting a real sense of Japanese culture and nature. Neatly summarising sites from the heights of Hokkaido to the southernmost Ogasawara Islands, Dougill’s writing reflects his enthusiasm for Japan. While Japan only has 22 sites, there are a total of 52 thoughtful entries, highlighting the reality that a “site” in Japan could include various properties under a banner like ‘Ancient Kyoto’. Most memorably, each site is encapsulated with a snappy subtitle, like the poignant ‘Sole Survivor of the World’s First Nuclear Blast’ caption for Hiroshima Peace Memorial, that makes Japan’s World Heritage Sites highly accessible. Dougill’s book is a neat reflection of the sites in Japan that have been awarded World Heritage status and, at the same time, gives readers an insight into the importance of cultural heritage and conservation. 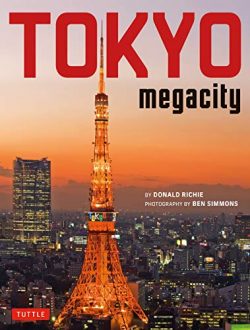 by Donald Richie, with photography by Ben Simmons

Versions of Tokyo remain the outfacing image of Japan as a whole: the orderly swell of people floating across Shibuya crossing, the shock of neon and blasts of J-pop that assault the streets of Akihabara, Harajuku’s crinoline-clad cosplayers. Yet there is so much more to the metropolis which claims the title of largest city in the world. In Tokyo Megacity, author Donald Richie and photographer Ben Simmons provide a refreshing dive into the contrasts, history, architecture, businesses, monuments, and people that reveal the often overlooked yet seemingly endless richness of this city. The informative clarity of Richie’s text complemented by Simmon’s bright tapestry of images presents the depth of Tokyo, balancing its intense diversity with adventurous accessibility—a true journey through all of Tokyo, revealing the intermingling of tradition with modernity, concrete and greenery, and the nuanced complexity of otherwise well-recognized neighborhoods. Thanks to Richie, who passed away in 2013, readers are sure to see and understand a Tokyo they didn’t know before. 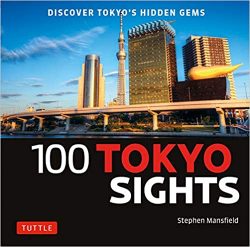 Omori Sogen (1904-1994) trained at Kyoto’s Tenryuji temple (Rinzai sect, in Arashiyama), received Dharma transmission and become its abbot. He was also a master swordsman and calligrapher. First published in translation in 1964, this book is a valuably detailed ‘how-to’ manual on meditation (including “zazen without sitting”), which also addresses misperceptions about Zen and its practice to help beginners avoid basic mistakes. “Zazen should never become a means of making yourself feel good, nor should it be a tranquillizer to settle excitement and wild thoughts… Indeed, zazen consists in awakening us to our own essence so as to secure and express our true selves in our everyday conduct.” While his handbook may be a useful aid, Omori-roshi also stresses the need for first-hand guidance: “…the question to be settled first of all … is to select the right teacher who has clearly inherited Dharma through authentic masters.” Ultimately, he says, “…there is nothing in this world which is not Zen.” 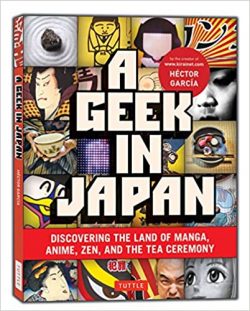 A Geek in Japan: Discovering the Land of Manga, Anime, Zen and the Tea Ceremony

Going well beyond what its subtitle may suggest, this ambitious book is a veritable encyclopedia of Japanese culture, presented through entertaining, cogently detailed explanations and a multitude of vivid complementary photos. This sixth edition, updated to reflect growth in sectors such as video games and architecture, endeavours to be much more than a cursory overview of the topics most often associated with Japan. A historical contextualization of Japanese culture provides a brief and thoughtful foundation for readers to more deeply absorb the significance of the country’s distinct characteristics, language, symbols, and many subcultures. Indicating the endearing effectiveness of his expositions, García’s website (same title) is among the most visited blogs on Japanese culture. A clear, fun, and insightful read, including a mini guide to noteworthy destinations in Japan. 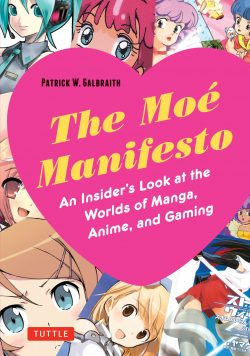 Moe (pronounced “mo-eh”) is a Japanese concept prevalent in otaku subculture, evoking the intense emotional attachment felt by dedicated anime and manga fans for the iconically cute and intrinsically unworldly characters they are captivated by. In extreme cases, this emotion leads them to consider themselves to be dating, or even married to, these fantasy figures. Patrick Galbraith’s well-researched and generously illustrated manual on moe provides in-depth answers to questions you didn’t know you had, until you ventured into its pages and encountered its cast of key sources on all things moe. Essentially, the manifesto is a series of unexpectedly thought-provoking interviews exploring the history and present manifestations of an alternative reality that is both fascinating and, some might say, edgily disconcerting. 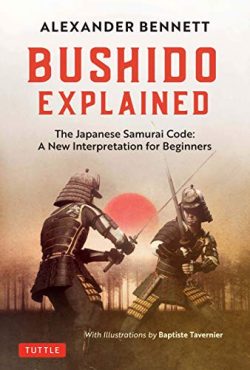 When it comes to Samurai and Bushido, most of us would admit to being beginners. Who knew it was a Japanese Quaker, Nitobe Inazo, who wrote the first explication of Bushido in English, as recently as 1900? Prof. Bennett’s 2019 reassessment of this martial code of honor (liberally illustrated, infographic-style, by Baptiste Tavernier) traces significant redefinitions of the role of the professional/hereditary warrior class from the 8th century through violent periods of (oxymoron alert) civil war, later virtual bureaucratization under the Tokugawa shogunate, and eventual disarmament with the Meiji period Sword Ban Order of 1876. A blow-by-blow account of militarized power struggles within Japan—the author is a noted military historian—is followed by extensive review of valuable literature on the Samurai profession, from a host of eminent historical sources. Kurosawa’s classic Seven Samurai, not included.

See also: From Abacus to Zen: A Short History of Tuttle Publishing