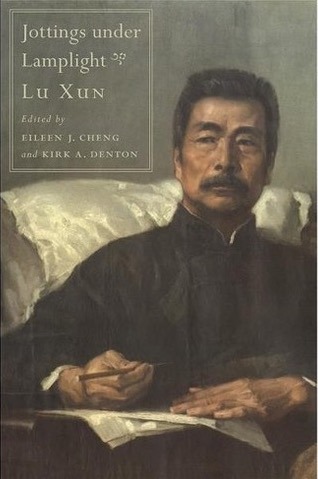 Lu Xun, regarded by the Chinese themselves as modern China’s greatest writer, is known mainly in the West for two collections of short stories. It may seem strange for a writer to achieve such cultural prominence on the strength of some short stories, and in fact, what made Lu Xun a central figure in the culture of 20th century China was mostly his non-fiction writings, and the way he used them to engage with the burning issues of his day.

His essays, selected, translated and beautifully presented here—many for the first time—by a team of scholars under the editorship of Eileen J. Cheng and Kirk A. Denton, reveal a writer who was unstintingly courageous in calling out bullshit, an acerbic commentator on the folly of his times, and a man who was fully aware of his position as a member of a transitional generation, caught between the overwhelming burden of the past, and the dawn of a new age for the Chinese.

In his views Lu Xun showed himself to be an unstinting supporter of modernity, a fearless enemy of atavism, and a savage critic of his country’s culture: “Chinese culture, one must admit, no matter how patriotic you are, is somewhat backward.” In “Confucius in Modern China”, for example, he calls the venerable sage of Chinese culture “an old codger” (老頭子), describes his most revered works as “tiresome nagging” (嚕), and notes how during his life he never enjoyed one modicum of success: “always running from pillar to post, he did once achieve eminence as commissioner of police, but in no time he was out in the cold again, and unemployed.” Likewise, his essay “My Views on Chastity” highlights the hypocrisy of a society that insists that women should die rather than let themselves be violated. Lu Xun, ever ready with a pointed, deflating question, asks: “How do unchaste and unmarried women harm the country? Looking at the current situation, that ‘the country is about to be lost’ is clear enough.” But he notes that the dire situation has been brought about by men, not women. He castigates the division of men and women into separate spheres of influence based on traditional notions of balance between, ying and yang: “For a system that makes so little sense, how did it survive for so many years?” and writes that in the new thinking “men and women are equal and their obligations are comparable.” In his views on language Lu Xun was at the forefront of the movement to create a vernacular literature: “we can take the language of living people as our source, moving writing even closer to speech and make it ever more lively.” In his fiction he was at once the movement’s first and greatest exponent.

In his life he was more traditional than his views suggest. There are no pictures of him in Western dress. When he was a student in Japan, although he was one of the first intellectuals to cut off his queue, that symbol of Manchu dominance, on his return to China, for a while, he wore a fake one, and he refused to allow his students to cut off theirs; for his mother’s sake he did submit to an arranged marriage with a girl with bound feet from his home town. The radicalism of his views on language were mitigated by the fact that he was an extremely erudite scholar of Chinese literature and an acknowledged modern master of Classical regulated verse, (律詩); a thoroughly contemporary writer who wove into his texts phrases of Classical Chinese and quotations from the Ancients; a man whose hobby was copying the inscriptions on ancient stone tablets.

It would be easy for a reader to criticize his views as mere opportunism and posturing. But Lu Xun was always trying to balance the overwhelming necessity for radical social change with his compassion for actual people: he knew his students would have been severely punished if they were too radical, he didn’t want his mother to suffer ostracism in her village because of her “unfilial son,” and he supported his wife financially for the rest of his life even while living apart from her.

The book is supplemented by photographs and some rather wonderful engravings and woodcuts, one by Lu Xun himself, and a useful scholarly apparatus. The translations convey very well Lu Xun’s voice, a characteristic blend of mordant wit, outright sarcasm, self-effacing irony, and a kind of cynical compassion. Although many of the essays have appeared in English before, in the Yangs’ now out of print edition of 1956, Harvard is right to make available to a new non-specialist English-reading public this essential addition to our understanding of Lu Xun the man, the writer, and the stirring times in which he lived and wrote.