Biodiversity is a Practice

To practice a comprehensive awareness of mind, and to live from that ground, means more than enriching our intellectual grip on the deeply disquieting descent of biodiversity. It is to embrace biodiversity as our true nature, and to practice that mind: the same delicate, animated weave of numberless relationships, its full mysterious nature.

Not only do each of us, in our human consciousness, “contain multitudes,” as Walt Whitman put it, but the practice of biodiversity recognizes that we are personally diminished with every species loss.

To practice means ceasing to live as if nature were largely an importunate and even threatening force, and starting to bloom into the awareness and the behavior that knows nature and the Earth to be inseparable from the very nature of mind. 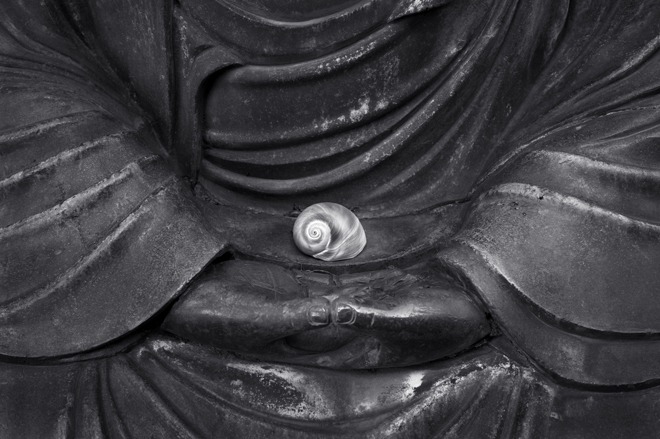 How is this so? And what have the vagaries and challenges of managing human consciousness got to do with the collapse of biodiversity?

Disclosure: My perspective is founded in the way that Zen sees the problem or gift of mind. Zen is a radically self-erasing practice. One practices to apprehend reality as ultimately indistinguishable from the most natural, sacred, ordinary state of mind, a state of exact fit with the actuality of this universe, clear and blessedly empty of all of the trillions of momentarily useful divisions and oppositions that mind can generate.

“Emptiness” can be an alarming word to a middle-sized hairless brainy mammal unable not to be aware of its inevitable death and unwilling to concede the overall advantage to the great fact we and the earth embody, that “ripeness is all” — even though any genuine, unmitigated meeting with emptiness brings to an end all grounds for alarm.

But if emptiness is alarming, try “equal” — an unimpeded perception of the complete and utter equality of everything in every direction; or “interconnected” — a direct, fully personal realization of the Earth’s great work of art: her unending fields of relationships, the astonishing patterns we feel but cannot (and even should not) completely unearth, and which nevertheless think and speak us into humanity.

The desire to know the why of the Earth’s natural powers degrades all too rapidly into the desire to ransack their sources; look around you! The meaning gets swiftly lost to the secondary mechanics of engineering their “control.”

Saving biodiversity from rank human ignorance begins with mindfulness — a consistent disciplining of consciousness to access mind at a deeper level of awareness than the mental noise so often shaped by wishful thinking, or by avoidance or rejection of what is happening to the self-constructed “self.”

The practice of mindfulness cannot be separated from an ecology of mind. It is the seamless study of the nature of mind and the nature of the Earth that has formed and informs it. To know mind in this way is to apprehend a wholeness that lives clear of all concerns of “my life and my death and my place in the world,” while also fully embracing the gift of that life.