The Joy of What’s Fleeting

I look around me sometimes in the Japanese suburb where I choose to live and all I can see are versions of the most passing surfaces from the America I came here to leave behind. The area in which I make my home, doing its best to approximate to the San Fernando Valley, has no temples or shrines or narrow winding streets of the kind, when young, I associated with the “real Japan.“ The girls hanging out at the convenience-store are often yellow-haired, with cowboy hats perched on heads not made for such attire, and tans that don’t look ideal on a Japanese complexion. When I take the train to the ancient capital, what I see, as often as not, are ads for the joys of artifice: a “Santa Maria“ ship docked in Osaka, a “Britannia Village“ school for learning English, the theme parks that replicate Spain and Holland and everywhere else. 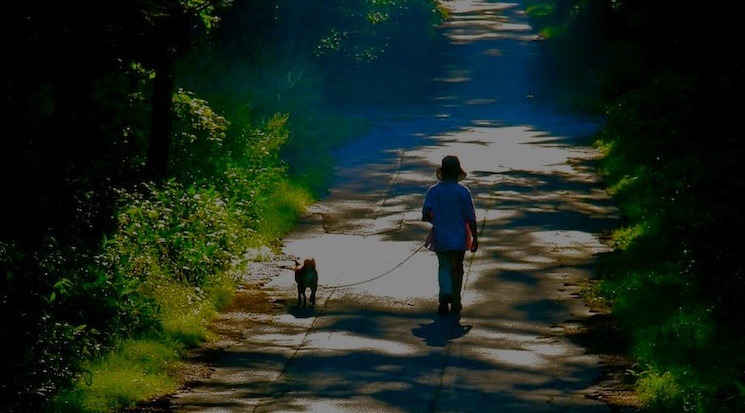 My neighbors in this area, pragmatic even in their romances, assume, I think, that Spain can be enjoyed more easily, and certainly more comfortably and authentically, in the vicinity of Wakayama than in that distant, alien place called Europe; that, in fact, a copy may be more desirable than an original, if only because it aspires more self-consciously and precisely to the Platonic ideal. Besides, the “real Spain,“ if such exists, would likely be full of aliens and mongrel visitors from Osaka, who would contrive to make it look less and less like the long-ago country of Goya and Cervantes. This principle extends to the virtual idoru who were made for Japan long before they were made by Japan, and to the figure on the NTT telephone screen who bows to you every time you put the receiver down. Anything nature can do, man can do better.

Japan seems to have far fewer qualms than we do in the West about what we so nervously call “the authentic,“ and to that extent thrives on the impermanent (the great shrine at Ise is torn down and rebuilt every twenty years so it’ll always look the same). Everything from the geisha in Gion to the smiles at the 7-Eleven are based on the assumption that acting is just a different kind of truth (as, indeed, is assumed in the England where I was born). The important thing, the culture seems to tell me, is not what is true or what is old, but what emotions it stirs in the heart. A fake windmill built yesterday — so long as you ignore its context — can inspire just as much awe and excitement as any of the ones that faced Quixote. Sometimes even more.

When first I moved to Japan, from California, something in this troubled me. Not because I begrudged the locals their innocent diversions, or because I didn’t enjoy their Disneyland fashions and convenience-spaces (indeed, these were part of what I most relished on arrival); but more because I was unsettled by the larger implications of the practice. I felt that in politics, around the world, images had so replaced ideas, and personalities so consistently effaced principles, that we had attained a post-ironic state in which we judged many public leaders by how convincingly they delivered their unconvincing lines. I thought that so many people had grown so used to taking their images from the screen that more and more of the people I saw in “real life“ seemed to be acting and talking as in on camera. And I worried that virtual reality had so quickly asserted itself as an inescapable presence that we hardly cared if Tibet was razed to the ground because versions of Tibet were readily available on Hollywood stage-sets in Morocco and Argentina.

Yet these days, one of the great luxuries for me of living in Japan is that it doesn’t flatter most of my simplistic assumptions and complacencies, not least about the true. My Buddhist neighbors might tell me that Amsterdam itself is hardly more real or lasting than the Huis Ten Bosch version of its past in Nagasaki. The lady next door might add that the only truths that matter are the ones that play out in the soul, which have less to do with surface than with the interaction between a surface and a depth. And her mother might even remind me of the Buddhist story of the Miraculous Tooth. A young man, going on pilgrimage to Bodh Gaya, where the Buddha found enlightenment, promises his aging mother he’ll bring her home a relic of the teacher. On the way back, he suddenly realizes that he’s forgotten to collect a thing for her, and, seeing a dying dog beside the road, he quickly picks a tooth out of its mouth, and presents it to his mother as the Buddha’s own. Radiant with gratitude, the devout old woman places the dog’s tooth on an altar, and prays to it so intensely that the old tooth begins to emanate rainbows, and the faithful old woman herself becomes enlightened.

Perhaps the best thing to be said about the modern moment is precisely that it’s forced us to ask searching questions about the true, and to see that our elegies may be as illusory as our rhapsodies. Both, often, have as much to do with us as with what we survey; loss is as much in the eye of the beholder, sometimes, as is beauty. And as the story of the Miraculous Tooth brings home, truth sometimes exists less in what’s outside us than in what we make of it. Even three hundred years ago, after all, Basho was saying, “Even in Kyoto, I long for Kyoto.“

Any thought about the true, is, in effect, a thought about the transient: being eternal, after all, is an important part of being true. And one of the things I most savor about living in Japan is that it moves me towards taking the long view of things (as is often hard to do in young and ahistorical America). And taking the long view of things in turn nudges me towards the very serenity and even capacity for delight that some Westerners, on arrival in Japan, deride as “fatalism“ or “immaturity.“ The cultures of the Old World, in my experience, do not see suffering as the enemy to life, but as its basis — and therefore as the ground on which we build our joy.

When first I arrived in Japan, I was a little startled by the fascination with everything that’s fleeting, especially when it extended to James Dean, and the ritualized veneration of the cherry-blossoms. Now I see that the more you look at life in the light of loss, the more you cherish what’s around you, either because it’s lasting, or because it isn’t.

I walk out sometimes on October mornings in my mock-American suburb, the air just touched with an edge of elegy — the coming dark, the first chill of winter — and the sky as radiant and cloudless as any I have seen, and I feel myself not just in the exalted sadness of the Himalayas, but in a place that finds in transience a kind of trust in something higher, and a liberation from the frustrations of the mood or moment. The self will pass, the weather will change, the person who thinks that nothing is what it used to be will soon be nothing himself; but everything that’s true will last. Life, my Buddhist neighbors whisper, is nothing less than a “joyful participation in a world of sorrows.”